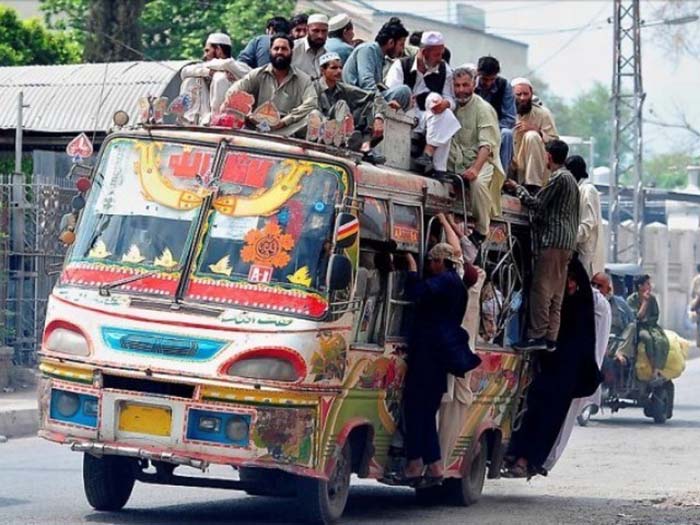 Ban On Qingqis To Favor Bus Mafia Or, Should Gov. Redesign And Regulate Qingqis?

With the ban on Qingqi imposed by Sindh High court, it seems as if it’s a win-win situation for the bus mafia. With many appreciating the act of banning this particular transport medium however, there are those who now have nothing to eat in their homes now.

On the other hand, one of the most powerful mafia of Karachi, the bus mafia is stuffing people int he buses like cattle. The first day of the week has been a very good one for them and they are confident enough to print more money until the ban is lifted. It seems as it has been decided to favor the bus mafia, who is now going to regulate these bus drivers for filling their buses until it throws up? The answer is obvious, No one.

The only issue people have with the government is why do you take steps late? Where was the government when these Qingqi riders were seen on roads in the very beginning? Why weren’t registration done on that time? Why is it that these thoughts can come in the mind of a normal civilian like me and why not the government? I guess they’re just ignorant to such matters.

Qingqi drivers and qingqis as vehicles of transport were terrible; dangerous with no safety whatsoever. No governance either but the idea was a good one. See, strength of public buses has been greatly reduced, there are less buses on the roads now and a lot of local routes where no bus operates on, that gap was filled by the Qingqis and hence, their popularity. See here’s where Government’s transportation division should step in; they should design what a Qingqi should be like (with proper safety, standards et all), what should be its routes, the bus stops and then have the operators follow those legislation.

This ban is going to benefit the bus drivers and they’re surely going to charge more now and exploit the already exploited civilians. Government should look into this matter carefully and also take action against the bus mafia as they are no one to get fruits in both the hands while the Qingqi owners are lift without any.