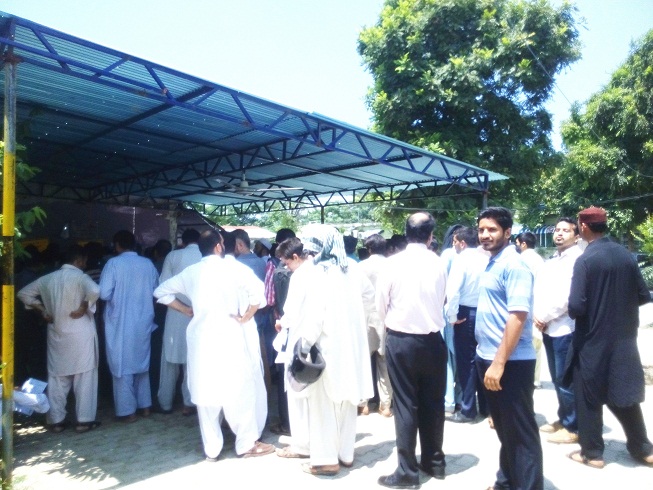 Unlike most of the government institutions, the Islamabad Traffic Police has a reputation of being very professional in what they do. From being uncompromising at implementing the rules without succumbing to any pressure like the traffic police all over the country operates, to being really caring towards the issues of the citizens by doing whatever is within their capacity to alleviate those problems and coming up with effective solutions for them. Personnel of ITP pushing the cars which have broken down in the middle of traffic to devising ways for reducing congestion at the most problematic points are common sights in the capital city.

Maybe that is the reason why our expectations from them are also very high, and unlike the usual modus operandi of all traffic offices within the country, the processes at ITP license wing are expected to be smooth and user friendly. Although they have tried to be better in this area also, many aspects are left which create hurdles which are easily avoidable, and our intent is to highlight them so that those in the positions of authority can take notice or at least the citizens are aware of what to prepare for before taking up this challenge.

This post is related to the renewal of driving license only, so that you are not faced with any ambiguities while at the premises of the ITP license office where not many would be able to facilitate.

1. Things you need to take along:

Well it would seem like a pretty obvious list but it’s not, since after reaching the authority’s premises you would expect that there would be at least a kiosk available for photocopying stuff, but there is none. And the nearest location where you would need to go would be the F-8 markaz which has the district courts and a serious dearth of parking space (you have to experience it to know the extent of how big an issue the parking is). While performing this feat, you will waste “valuable” time which could have secured you a better spot in the long queues which await you at the license office.

2. Knowing which queue is yours, its counter number 2 for the case of renewal. 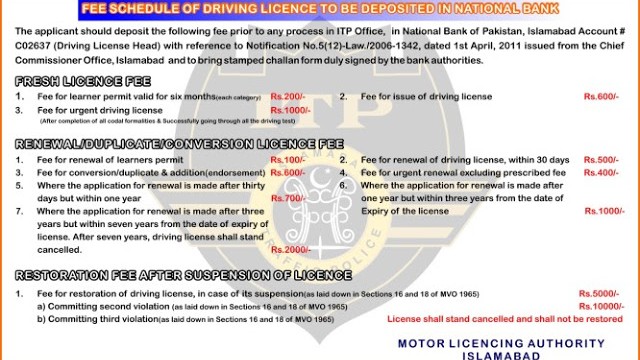 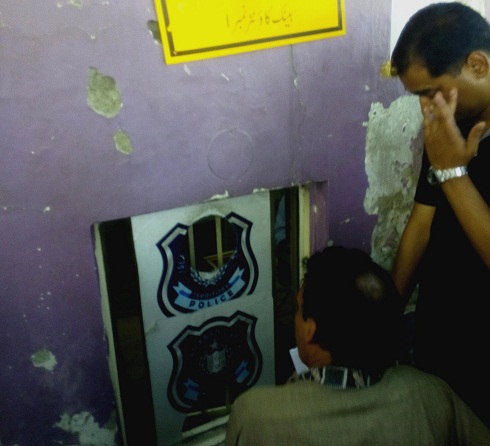 3. After this feat, which should be called the fitness test as anyone who can stand in lines for more than an hour under direct sunlight and no proper ventilation must be fit enough to drive a car right ? No. ITP still has to make sure you are medically fit so proceed to the medical counter which is located towards the gate you entered from, some interesting order of placing offices right ? 4. After getting a filled, signed and stamped medical form from this room and grasping your bank slip firmly in your hand, move to room number five where there would be a queue outside a window of this room, do not stand outside it as its not yet time for this queue. Once inside, you will see a notice attached to their tables informing about the office timings, yup “now” is really the best time to give people about this valuable piece of information after they have covered the major obstacles and reached the easier destination. 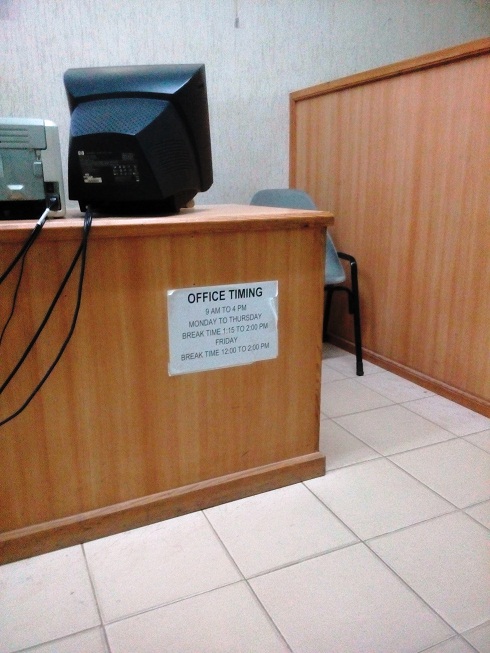 5. Congratulations, you just endured what the ITP had to throw at you since you are a law abiding citizen who wants a valid license with him at all times.

Since fee being charged is not a subsidized amount like twenty five rupees; several hundred rupees from several hundred people a day just for this card are enough to offer them a respectful experience at this office. A few humble suggestions from us for improvement are given below:

1. Knowing what to do is the most important need for the people when they reach the office. The whole crowd of confused people wandering inside trying to get the attention of officials, who are preoccupied with other tasks, just to get some hints can be avoided and some order introduced if simple step by step illustrations are posted at the counters. Increasing the number of officials at the information counter would help reduce this mess a lot, working smart would be better than working hard wouldn’t it ?

2. The process of collecting the fee and issuing receipts is the longest and most hectic when there is absolutely no need for limiting it to just that window in this universe of ours, especially at this day and time we can pay the bills for even most of the utility services which land in the government exchequer through online options, or at least the latest method of paying through retailers present in every nook and corner of the country. All that is needed is the intent; the rest is pretty simple and would even be done by the vendors offering the service. If national identity cards which are an even more sensitive document are now being renewed by NADRA online, fee collection for one city’s driving license should be a lot easier.

3. Even if going to that step seems like a far cry, extending that dangling tin shade shouldn’t be such a big hassle, or providing a simple token which determines the turn of each applicant so that they can sit on the benches available in the premises till it is their turn instead of waiting for hours in a snail paced line. The same token number can be followed in order of priority for all the next steps instead of a haphazard queue made in each room with people jumping on the opportunity to skip the turns of others.

4. Instead of a requirement to come again to the traffic office for collecting the license, it can be mailed to the address as the cost is negligible to what is being charged for the license. Even the fee they are charging for NADRA verification i.e. Rs.49 is more then what it would cost to mail the license to the citizen, in case providing any convenience is intended.

5. The premises looks like the remains of bunkers that were in use during world war two, later just painted halfheartedly to eliminate the signs of ammunition or explosives. A bit of renovation would not hurt neither would cost too much given the amount being charged for this service.

Just as we were sharing these guidelines, another gift from the ITP’s license branch has been received i.e. it would be closed for two working days this week i.e. Thursday and Wednesday the 12th and 13th of August on account of up gradation of computers, making us wonder why two whole working days are required to be wasted on an activity that could have easily been taken care of during the two already off days of this office i.e. Saturday and Sunday.

Ban On Qingqis To Favor Bus Mafia Or, Should Gov. Redesign And Regulate Qingqis?