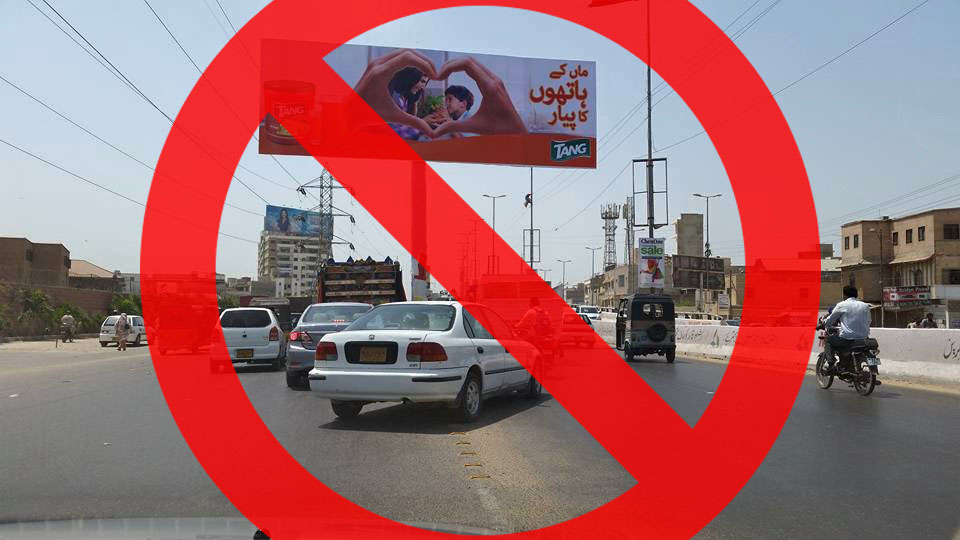 Big Brands Are Destroying Karachi And Endangering The Lives Of Karachiites

Karachi is not amongst the most beautiful cities of Pakistan. This is an unfortunate truth. Karachi was not like that always. Once upon a time it was beautiful. It had Victorian architecture, green belts, beautiful roads and what not. Once known as the city of lights and happenings, Karachi has now become a very overcrowded and badly managed metropolis of Pakistan. And no one, but the establishment is to blame for this. With a population of more than 20 million people and counting, there doesn’t seem to be any proper plan of action in place to cater to this population growth, especially in terms of infrastructure development.

It didn’t even spare the road and flyover safety medians. I had been pissed at these huge billboards that made my beautiful city a really stupid advertorial, but when I saw this post on Facebook recently, I couldn’t stop myself from writing this post.

Safety medians are there to provide a buffer in case a driver loses control and prevents him/from from crashing into the road barrier or wall. That is a standard practice throughout the world except for Karachi. The city government has allowed some media company to install a gigantic billboard right at the start of this safety median of Baloch Colony Flyover in front of City School, PAF Chapter as if there was a scarcity of these gigantic and in-your-face brandings in the city. 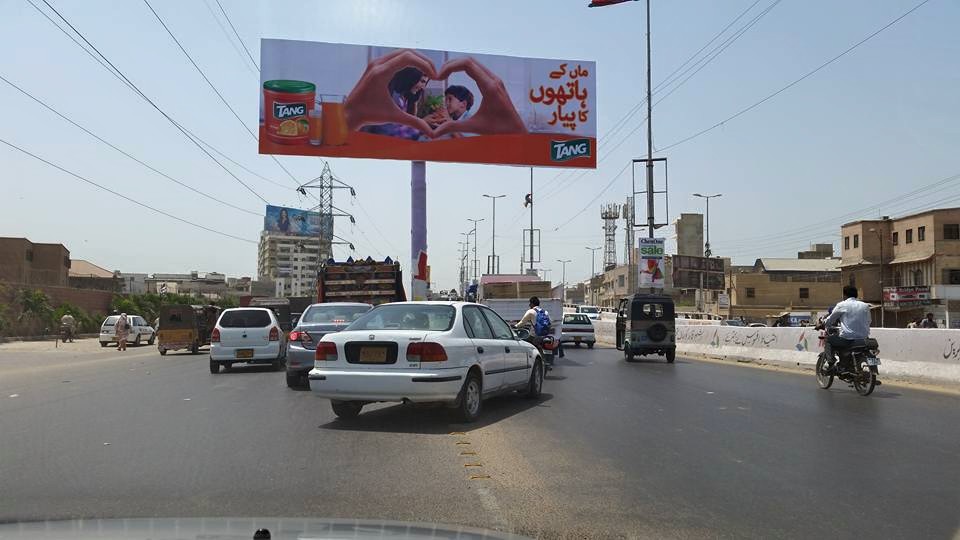 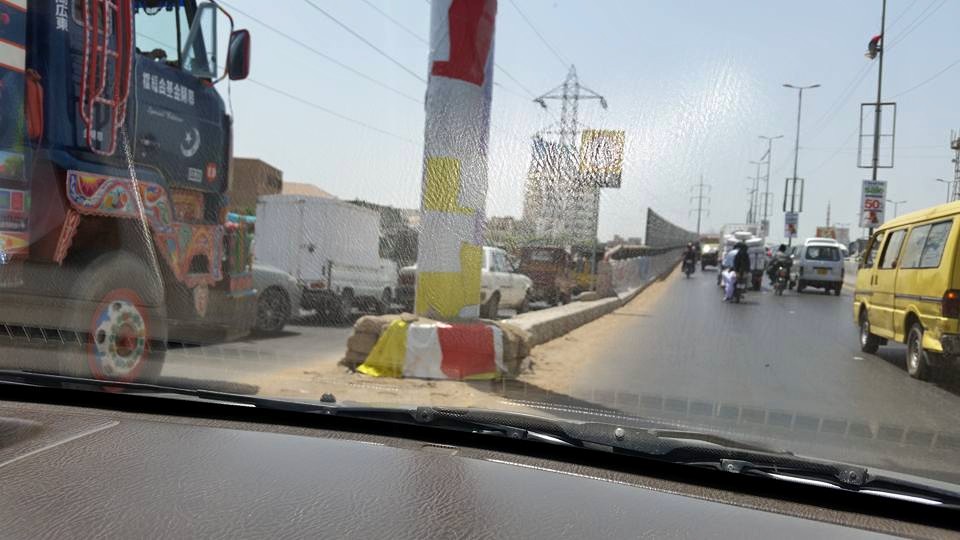 Imagine it’s dark at night and a biker or a motorist misses this billboard pole and crashes right into it. Who will take the responsibility? The city government? The media company? Or the brand itself? Trust me, no one will come forward if shit hits the fan.

When it comes to publicity even these big brands cross all ethical and moral limits to get the maximum mileage. They will brag about their CSR programs through multimillion rupees advertisements but when it comes to taking responsibility of their actions they just go MIA.

I think this branding problem on our roads is getting out of hands. These big brands need to take the responsibility of making the city beautiful and not shove these ads down our throats. Also, they need to establish moral guidelines that would stop things like this Tang-Safety Median disaster from happening. Are you listening Mondelez Pakistan? These brands must turn down their agencies’ offers of installing billboards at places like these. This is downright disgusting and illegal.

Only these big brands can solve this excessive branding problem in Karachi and no one else can. If they refuse to pay for an illegal billboard, the city government will be forced to remove those billboards automatically.

Traction Rating Of Your Car Tires: What To Know And How To Interpret