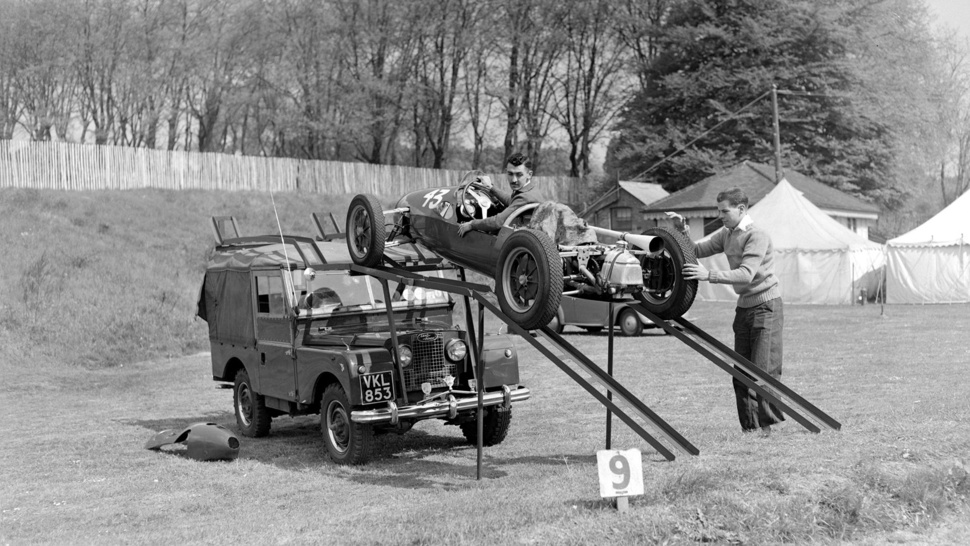 This picture is awesome for a variety of reasons, the best of which is of course using a Land Rover to transport your Cooper 500 Formula 3 racing car, while the other is the way how it is being put on the rooftop of the Land Rover Defender.

Its September 1953 and you can see Stuart Lewis-Evans and Tony Harris lowering their Cooper 500 Formula 3 racing car from the roof of a Land Rover at the Crystal Palace race circuit.

Lewis-Evans was a friend of the legendary racing driver, Stirling Moss, and from 1957, he was managed by Bernie Ecclestone who today is the majority owner and Chief of Formula One. However unfortunately, the following year, his Vanwall crashed at the season-ending Moroccan Grand Prix and he died of his burns in the hospital six days after. Team boss Tony Vandervell never got over his death, and the Vanwall team was shut down in 1959.