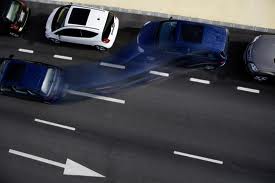 Millions and billions of dollars have been invested by automakers to find solutions to save fuel. Today, saving fuel is not just limited to driver’s pocket but it helps save the world as well.

We have seen how automakers have actually tried and tested newer technologies which make the cars smarter and autonomous however, GM has taken a step ahead of everyone and is trying to build a technology where the car drops off the driver and than starts searching for parking space on its own. This will save fuel and ofcourse, driver’s time as well.

Several automakers are developing technology to let cars drive themselves, mainly as a way to make driving more convenient and improve safety. But it could also significantly reduce gasoline consumption, says Nady Boules, the director of GM’s Electrical and Controls Integration Lab.

Fuel efficiency is one of the promised benefits of increasingly intelligent cars, which could cut down on fuel consumption by predicting where drivers will go, re-routing around predicted traffic jams and traveling in convoys. Smarter cars would also be able to communicate with each other, preventing collisions and congestion.

When it’s time to leave, the driver can summon his or her car via a smartphone app, and it will arrive to its driver to take him away. GM’s Electrical and Controls Integration Lab is developing the technology to make this possible.

If this actually comes true than we might be seeing the Hollywood movies become true however, it will be hard for anyone to trust his car to find a parking slot all by itself in the beginning but this may be a greater leap than the technology itself.