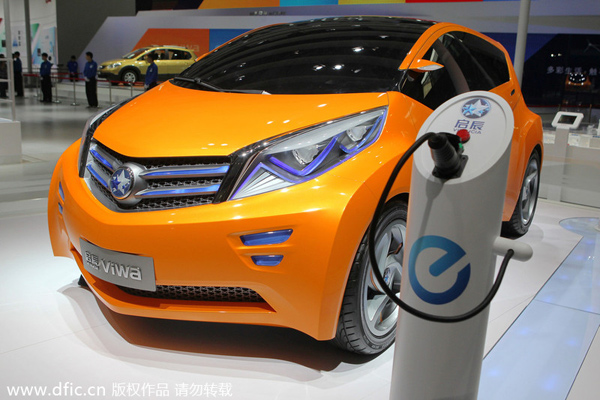 China’s smog is a massive problem for the the government which offering more official support on electric cars just so it can impact and reduce the smog around and in major cities. The state council on Monday issued a guideline to promote new energy vehicles, urging for construction of charging facilities and elimination of regional protectionism.

In the meantime, private funds are encouraged to take stake in the construction of charging facilities. The guidelines also say that local governments are not allowed to put up barriers to keep new energy autos from entering local markets.

The public sector will be the major buyer of new energy vehicles. No less than 30 percent of the total new government car purchases in the coming two year must be new energy cars.

Consumers will enjoy tax cuts when they buy new energy vehicles from September this year to December. The new policies area follow-up to the Energy Saving and New energy Automobile Industry Development Layout issued in 2012. China’s new energy car sales rose by almost 20% in the first half of this year.

China offers a big attraction for the electric car market already. The government wants 500,000 new energy vehicles on road by the end of 2015. But as of 2013, there were only 17,000. Lack of charging sites remain the major obstacle for energy vehicles.