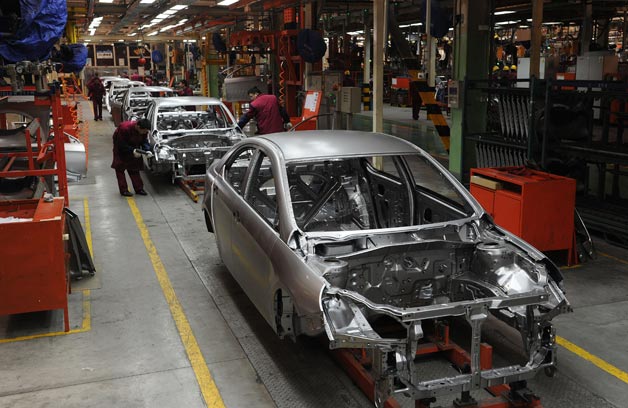 Whenever we hear about China, their products especially cars, an image of a dominant economic prowess springs into our imagination but is it really so?!

A recent research conducted by Bernstein Research claims that contrary to popular belief in countries likes ours, China has still quite a lot of time before it could be able to produce a vehicle that could compete with established global car makers.

It isn’t however surprising as pick any established global car maker and all of them took far too long before making a headway in the international automotive stage. The Koreans with Hyundai and Kia have now began to make impression on the global front after roughly a couple of decades.

Bernstein Research issued a 200 page long study of Chinese automotive industry which it made after going through the trouble of purchasing two Chinese-made cars, importing them to Europe and disassembling them down to every last nut and bolt.

The study also included in-depth interviews with CEOs at each of the major manufacturers, including Great Wall, Chery, Brilliance and SAIC among others. Researchers found that by and large, global partners aren’t holding up their end of joint venture deals, with the vast majority of foreign automakers seemingly not taking the Chinese market seriously.

The one exception to that rule, according to Bernstein, is General Motors and SAIC. GM has pumped a staggering amount of cash into China, and as a result, SAIC seems quite far ahead of its local rivals on the design and engineering front as the study found that most of the Chinese car were simply reverse-engineered examples of foreign models, with the Toyota Corolla being the most popular. That’s due in part to the fact that Chinese automakers spend $100 million a year on research and development on average while to give you an idea, an established automotive company like Volkswagen or Toyota spends closer to $1 billion.

You can read the extensive write-up (analysis) of the report on TTAC.