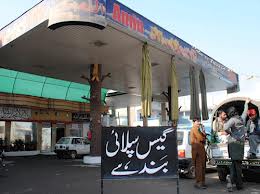 This step is being taken by the gas utility to improve the line pack position all over Sindh province, which has been badly disturbed due to short supply of gas from different gas fields causing depletion of line pack and low pressure in the system, the spokesperson of SSGC said on Monday.