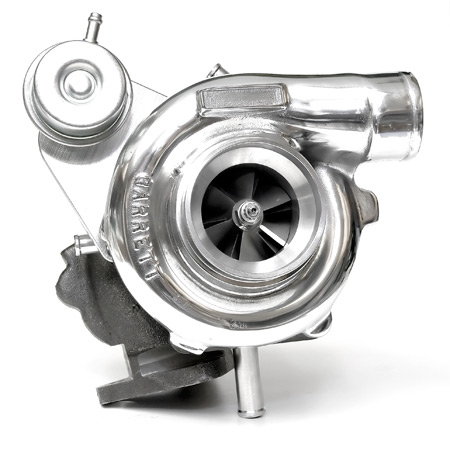 Concept And Issues Of Turbocharging

We’ve all seen them transforming everyday sleepers, to fire-breathing (sort of), spitting and spewing rides. Nothing like stomping the throttle and hearing that whine grow in pitch followed by the “hand in the chest” shove and the “OH SO COOL” compression stutter or “WHOOSSSSH” as you grab for the next cog. Its every boy racers’ fantasy.An easy and cheap way to add a couple of horses to the stable, not to mention the sound effects and the theatrics.

Its actually much simpler than its usually made out to be by using techno-babble like, impeller diameter, Port matching, boost creep, standalone management and so on and so forth. I’ve seen a couple of gentlemen inquire about the possibilities of turbocharging their rides and have gotten a haphazard or no reply. Here’s a little something for help and reference. Then again, there’s lots of resources on the net, but you just might find something you were looking for.

CONCEPT:
For the purposes of turbocharging, think of your engine as an air pump. The more air it flows throw it, the more power it produces. A turbocharger is an exhaust driven turbine that compresses air over the combustion chamber or creating a positive pressure. Its consists of a an exhaust driven propeller which via a shaft drives an impeller or compressor wheel which sucks in atmospheric air and pressurizes it. Given below is a cutaway view of a turbo charger.

As the engine rpms increase, so does the amount of exhaust gases exiting the engine. These gases drive the turbine wheel in the exhaust housing which in turn drives the compressor wheel. At a certain pressure, the wastegate flange opens and lets the excessive pressure out, hence the name wastegate. When you install a turbo, you improve or reconfigure the following.

CHARGE DENSITY & TEMPERATURE
A result of the above exercise is that you pump more air into the engine for it to breathe, but we all learned in physics that an increase in pressure is Directly proportional to the increase in temperature. An everyday reference for you would be the diesel engine, using the “compression ignition” technique. The air fuel mixture is compressed to such an extent that it spontaneously combusts.
Similarly a turbocharged application usually sees higher intake charge temperature. Temperature also has an affect on air density. If, for instance your induction system draws intake air from under the hood, the intake air temperature on an 80 degree day can easily exceed 130 degrees. Using a barometric pressure of 29 Hg” for our example, the air density under the hood at 130 degrees is .0652 lbs. per cubic foot. Now if you change to a cold air setup which draws 80 degree intake air from outside of the car, the air density is .0713 lbs. per cubic foot This is an improvement of 9.3%! Using a 200 hp engine as an example, this is an improvement of 18.6 horsepower! In practice the horsepower improvement will be less than theoretical because the incoming air will be heated by the intake manifold, and the engine itself. Further improvement can be made by adding an INTER-COOLER before the intake manifold so that it cools down the intake charge and makes it denser. It is probably not possible to achieve the theoretical density increase, but it should be clear that there is much to be gained by keeping the intake charge cool. The formula to determine air density in pounds per cubic foot is: Pressure in inches of mercury times 1.326, divided by absolute temperature in degrees Fahrenheit. (Absolute temperature=temperature + 459.6)

FUELING.
Another phenomenon one encounters during turbocharging is fueling or the lack of it. See, the stock fuel injectors and pump are designed around a specific consumption figure. So what happens when you turbocharge is that the fueling becomes insufficient and fast. What this leads to is excessively lean mixtures as the boost increases and resulting, high temperatures, leading to spark knock, or pre-detonation. The factory injectors will only help you till a certain extent and trust me, fun begins just after that. To keep a uniform output of power, you need to install a fuel pump with a higher flow rate and bigger injectors depending upon the kind of horsepower gain you’re looking for.

THE INSTALLATION:
Okay, this is where we get a good thorough beating in the form of incompetency or plain lack of exposure.
You’ll have to get an after market adapter made to house the turbo looking something like this.

Be sure to get a good flowing design without any sharp edges and curves as that may lead to exhaust gas buildup and lack of performance. Also get the manifold port matched, that is, make sure the passages are of equal size.

Get proper charge pipes after configuring and installing your turbo on the manifold.

Mark routes the pipes will take and always compensate for a front mount inter-cooler. Following are examples of a charge pipes on turbocharged ZC.

NA vehicles usually don’t have an oil outlet. So a good thing is to get an adapter made that fits in the oil pressure gauge socket and houses the gauge as well..
The return pipe can be dumped back into the sump through a proper union bolt installation.

Last but not least is the fuel management. It consists of the following. For a successful turbo charging, you must have some fueling available. The following is a standalone unit meaning it replaces the factory ecu with advanced fueling and boost maps.

Hard and expensive to find. There’s are other options, cheaper, known as piggy back, which strap-on to your existing ecu and help in better fueling.