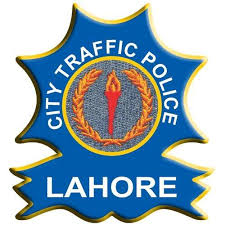 City Traffic Police (CTP) Lahore has issued the traffic advisory plan for the T20 series between Pakistan and Bangladesh at Gaddafi Stadium, Lahore.

The advisory plan is formulated by the traffic police to cause minimal disruption to the daily routine traffic. CTP has issued various instructions to those coming to watch the match at the stadium along with complete details of road closures and diversions during the match. 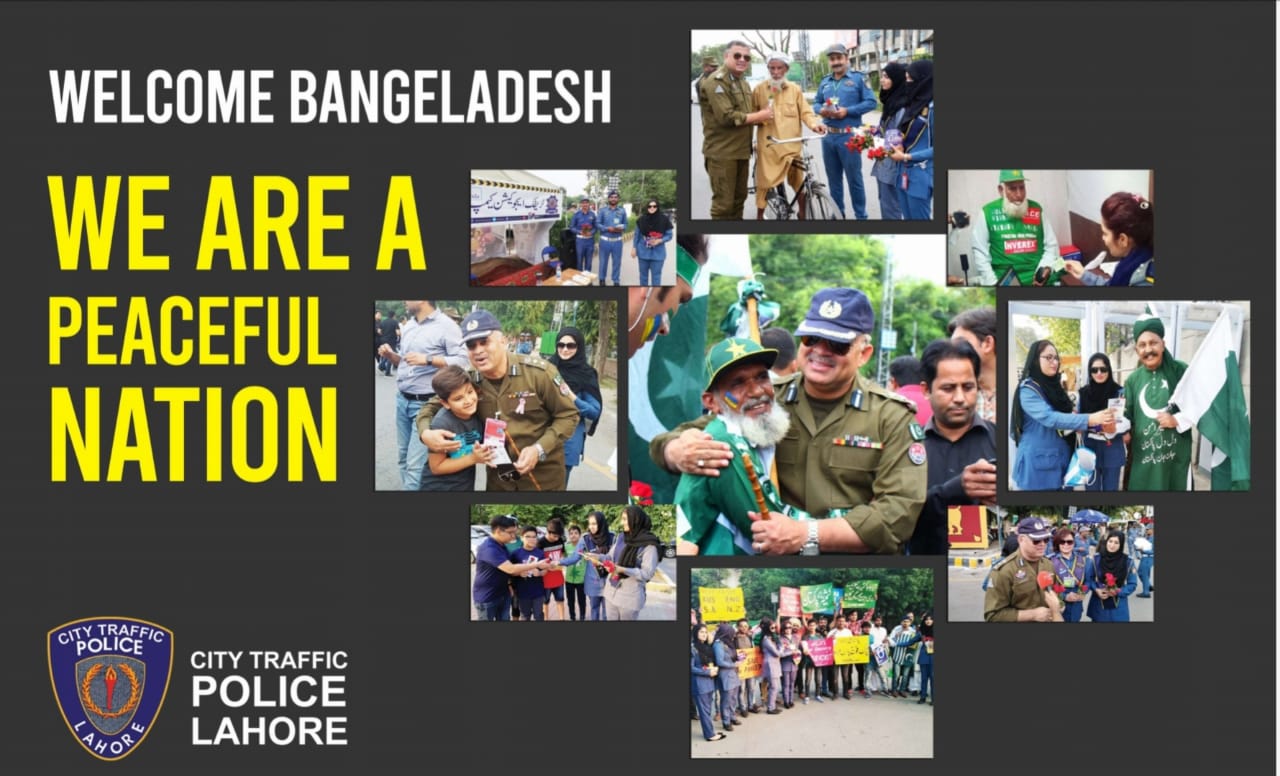 Roads open for the general public:

Note here that several other roads will also be partially closed during the movement of both teams. In the meantime, the respective diversions will be given to the traffic.

The City Traffic Police (CTP) of Lahore has also declared 4 parking spots around the stadium including:

Moreover, the traffic police have also issued a traffic movement plan for the spectators of the match between Pakistan and Bangladesh. By following this plan, the general public can easily commute to their designated parking spots. 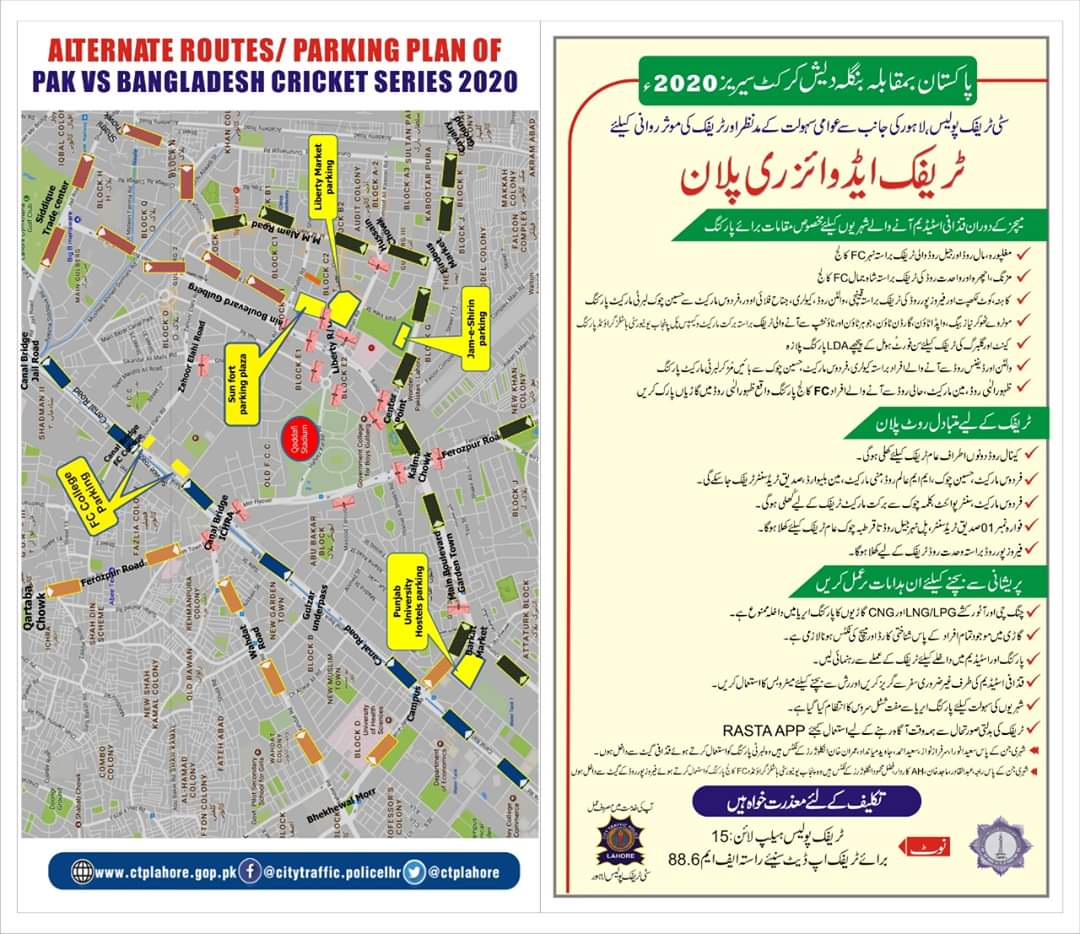 Instructions for the general public:

Apart from the advisory traffic plan, CTP Lahore has also issued several important instructions for the general public. To avoid any inconvenience, they are requested to follow the below-mentioned instructions:

Instructions for entering the stadium:

The spectators having tickets of the following enclosures are requested to use the Gaddafi gate via Liberty Parking for entry in the stadium. 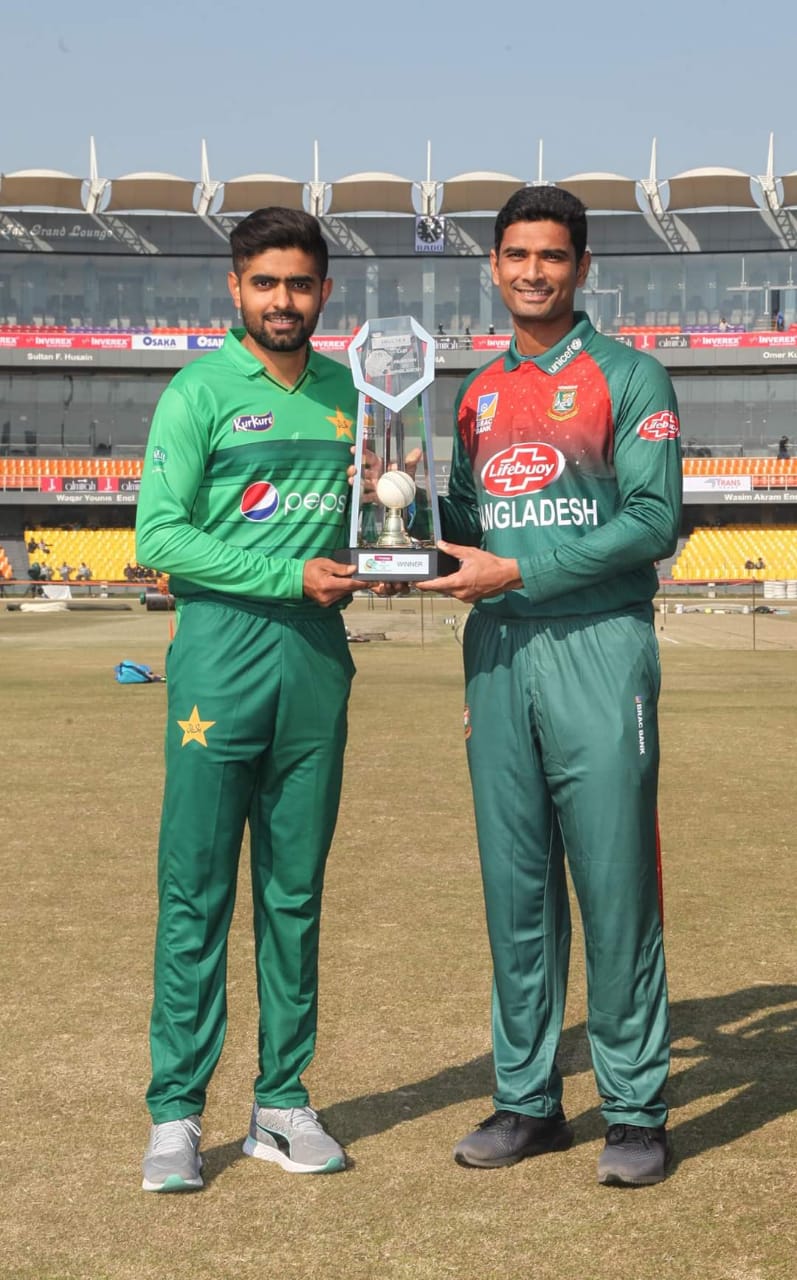 All the above measures are taken by CTP Lahore due to security reasons. The general public can also contact the traffic police helpline 15 for any query. Moreover, use FM 88.6 apart from the RASTA App for any traffic updates. Being a responsible citizen, follow the instructions of the concerned authorities to avoid any inconvenience. We wish all the best to the Pakistan Cricket Team on the 3-match T20I series against Bangladesh and hope that all the matches are played in the true spirit of the game.

That’s it from our side. Stay connected with PakWheels for more updates. Drop your valuable thoughts in the comments section below.