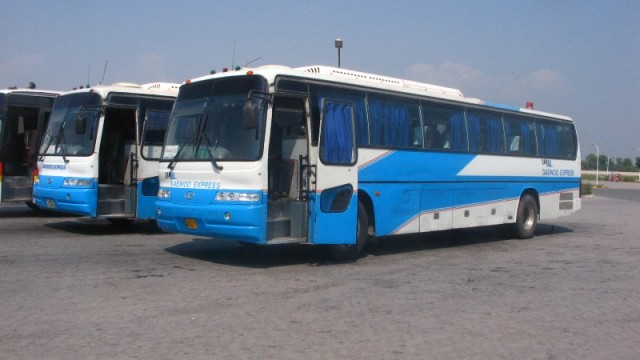 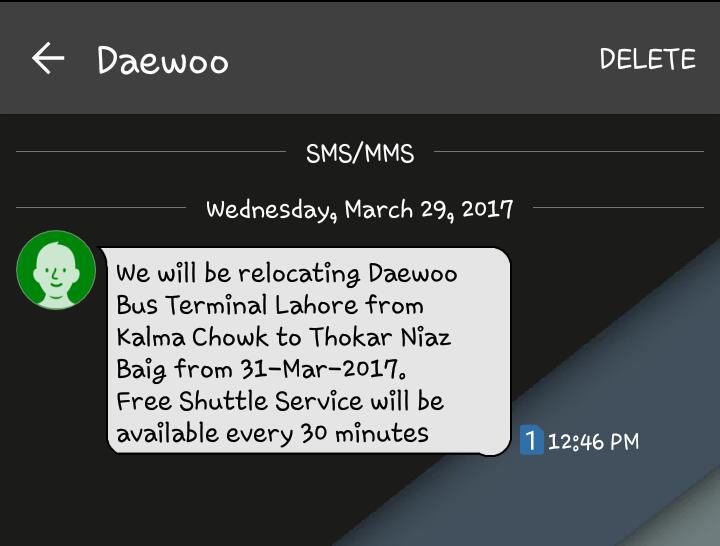 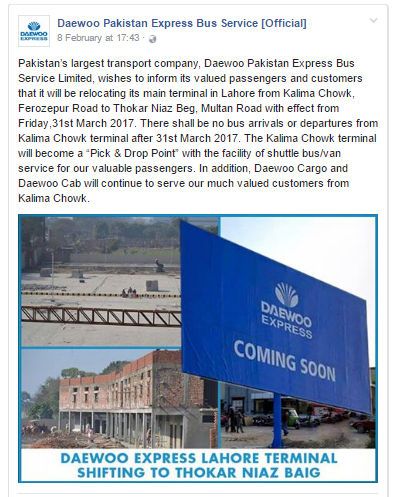 Pakistan’s largest transport company, Daewoo Pakistan Express Bus Service Limited, wishes to inform its valued passengers and customers that it will be relocating its main terminal in Lahore from Kalima Chowk, Ferozepur Road to Thokar Niaz Beg, Multan Road with effect from Friday,31st March 2017. There shall be no bus arrivals or departures from Kalima Chowk terminal after 31st March 2017. The Kalima Chowk terminal will become a “Pick & Drop Point” with the facility of shuttle bus/van service for our valuable passengers. In addition, Daewoo Cargo and Daewoo Cab will continue to serve our much valued customers from Kalima Chowk.