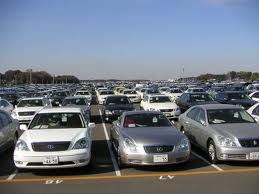 Nothing in this country can be regulated, prices of everything are raised without any rationale and no regulatory body made to defend consumer interests seems to object. Similarly, as government banned 5 years old car import quietly in Islamabad on a Sunday afternoon, prices of imported car prices were bound to rise from that day, as if Japanese Yen and US Dollar rates were raised that day instead.

Prices are increased by 14 percent as a recent survey conducted of different dealers and an auction house.

The best criticism however of this increase came from Iqbal Hussain Shah, vice president of Pakistan Automobile Manufacturer Assemblers Dealers Association (PAMADA) saying,”“This price increase in old used cars shows that the dealers don’t pay any heed on the concerns of the consumers and completely bent upon fleecing them.”

As if these guys give are still selling Xli for 7-8 lac rupees?!