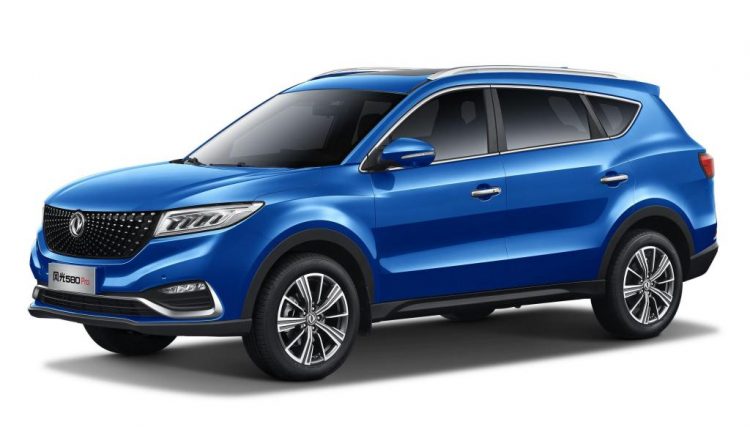 Today we have brought a first look review of DFSK Glory 580-Pro. This is the top variant of SUV with some upgrades. In this review, we will mainly focus on these upgrades.

The car has roundish DRLs with projector headlamps. The LED parking lights are an addition in this car. Furthermore, it has newly installed parking sensors and fog lamps. The car has chrome grills with a parking camera, which will be very helpful in parking.

If you see its side, you will find it bigger than KIA Sportage and Hyundai Tucson because it is a seven-seater car. The company has also changed the design and size of alloy wheels. Earlier, it was available in 17-inch and now it comes in 18-inch size. Its side-view mirrors come with indicators and a camera. 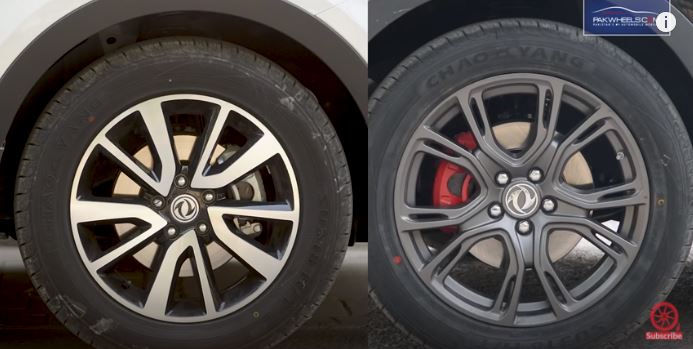 The car has an additional feature in its key remote. By pressing the lock button for longer, you can automatically fold the side mirrors and close the windows.

At the back, the company has given LED rear lights and indicators. The company has changed the shape of the exhaust from single round one to dual rectangular ones. Furthermore, it has rear parking sensors, high mount brake lamp, and shark fin antenna. 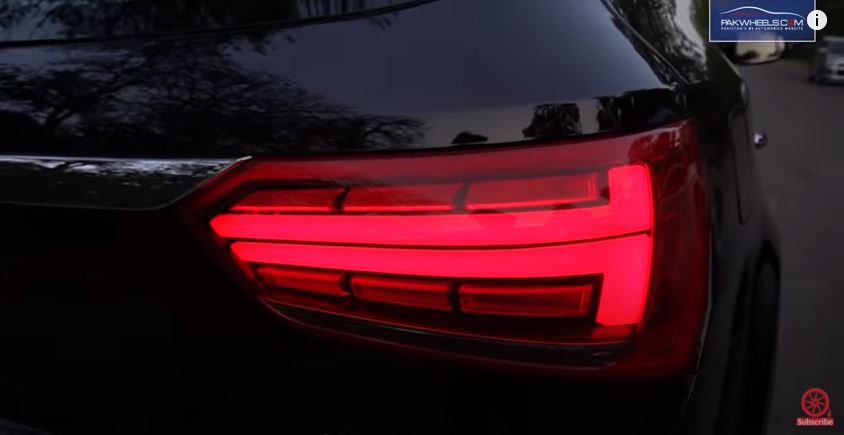 Trunk and its Space in DFSK Glory 580 Pro:

The car has a camera and power tailgate, but you can open the trunk from remote, trunk and inside the car. The trunk space is decent, but you can increase it by folding the last two seats. Furthermore, it has a boot separator and tool kit, while the spare tyre is under the car. 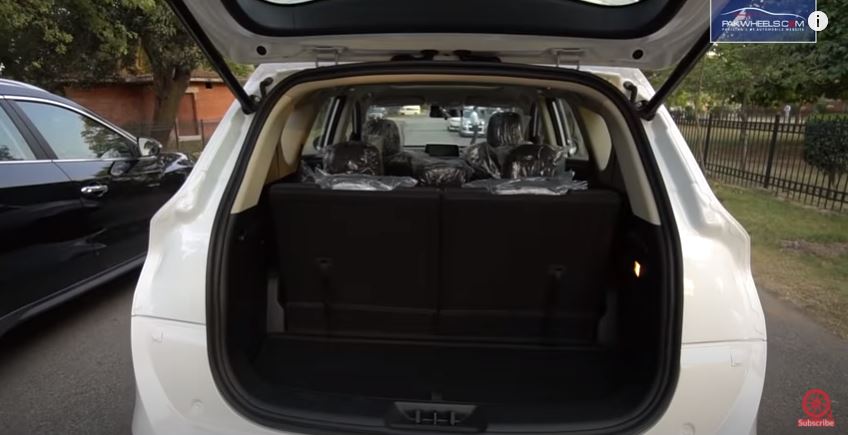 The DFSK Glory 580 Pro has a smart entry system, and you can open the vehicle if you have it’s key in your pocket. The first noticeable feature is its power seats. On the right/driving door, you have buttons for window control, door lock, and window lock. Under the steering, there is a headlights height controller and tailgate control button.

There is reasonable space inside doors, where you can put cold drink bottle and small things. The car has a push/start button on the left side of the vehicle. 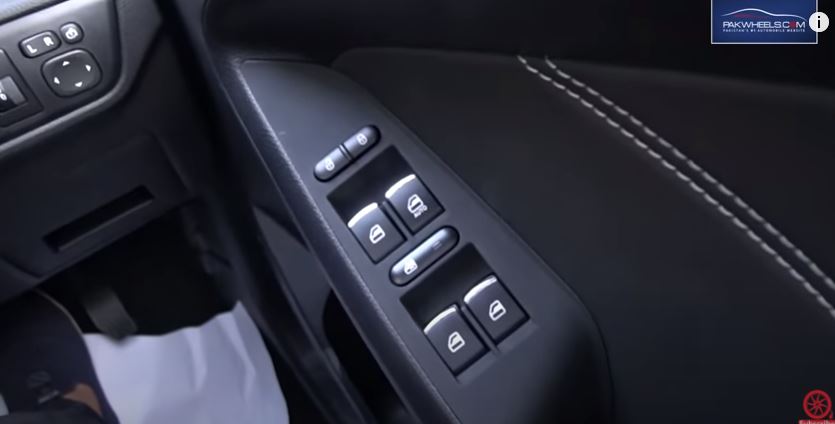 There is cruise control, phone call, car menu, infotainment controls, and volume control buttons on the steering. Furthermore, you can see digital and analog speedometer behind the steering. There is an RPM meter, outside temperature, fuel average, and range information on the screen. The car also has a hot and cold feature, which is not available in many latest vehicles.

The screen also shows tyre pressure monitoring, the brightness of the meter, and driving mileage. 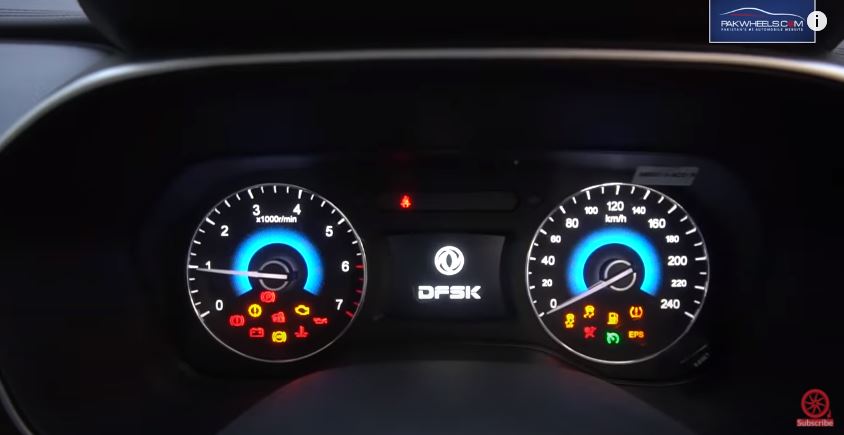 The company has updated the screen from built-in to floating infotainment system in DFSK Glory 580 Pro. All the information about the car will show in this floating screen. Furthermore, the vehicle now has a digital climate control system, which was absent earlier.

Under the infotainment screen, there is an AC system and its control buttons. You can also access 360 cameras from the console. The company has installed a DVR camera in the car’s windscreen, and you can make it operational by installing a memory card in it. 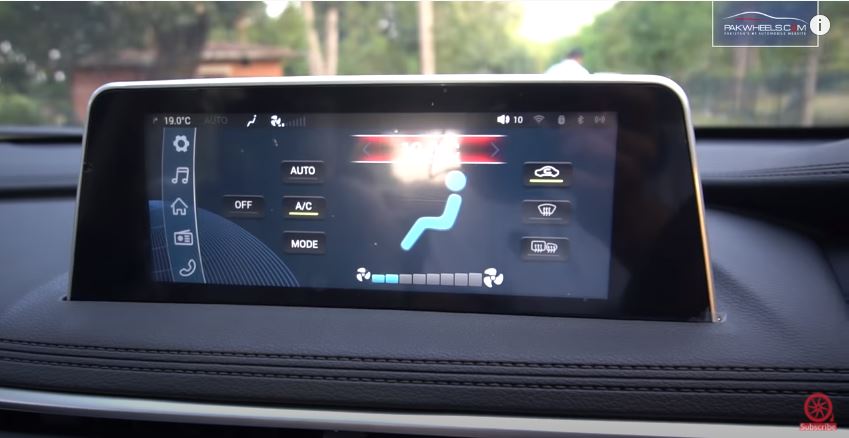 The console also has tracking, navigation, and parking sensors button. There is a storage space with 12V charging slot under the console, cigarette lighter, and ashtray.

You will find its CVT Tiptronic transmission on the central console, along with controls like the luxury cars. Furthermore, it has an armrest with a USB and 12V charging slot.

The DFSK Glory 580 Pro has four airbags, one on the driver side, and the second on the passenger side, while two are in front seats.

Its luxurious feature is definitely its panoramic sunroof. You can open and close it by a button on the roof of the car. 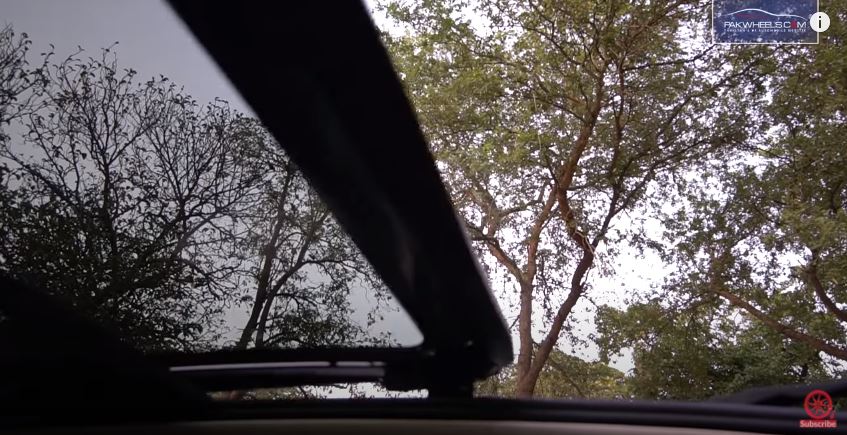 The car has ample space on both front and rear seats, along with good headroom. Meanwhile, only two minors can sit in the last two seats.

The car has hydraulic shocks to open the bonnet of the vehicle. Meanwhile, it has a 1.5L Turbo engine, which produces 147hp. 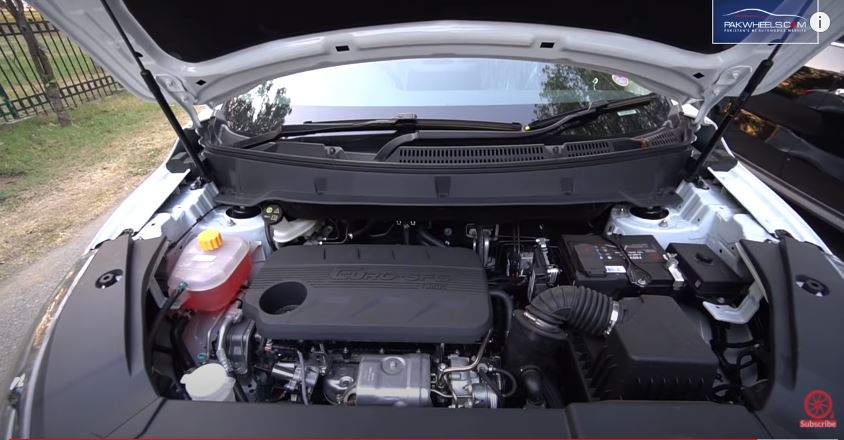 The car’s price is a Rs4.4million, and you can book it by paying Rs1.5million in advance.