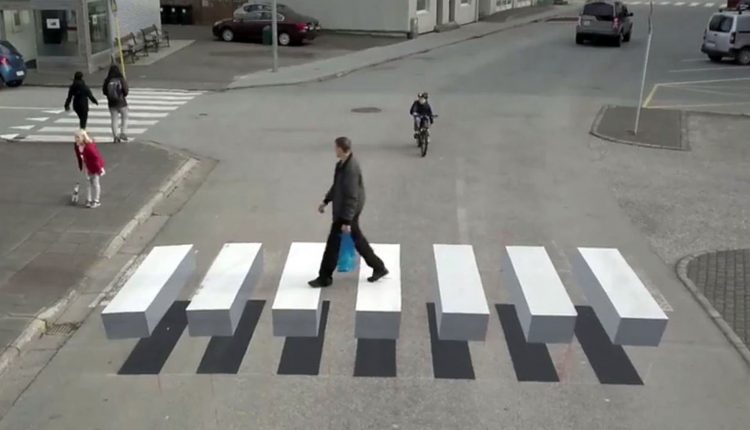 Metropolitan Corporation Lahore has introduced Pakistan’s first 3D Zebra Crossings in the city. The purpose of these crossings is to increase awareness about road safety. According to media reports, the corporation has installed first crossings at Mall Road, Lahore.

Talking about the initiative, Lahore Commissioner Zulfiqar Ahmed Ghuman said the government will install 20 such zebra crossings across the provincial capital. “The main purpose of this project is to beautify the roads and increase the traffic awareness among masses,” Ghuman said.

He further said that this project would prompt both pedestrians and motorists to use Zebra crossings properly. The commissioner also stated that the authorities have developed these crossings as per international standards.

As per reports, the government had decided to launch this project to tackle the ever-increasing traffic violations. Furthermore, road accidents have also increased across the country, majorly due to traffic rules violations.

The 3D Zebra Crossings have been used worldwide in different countries, including Thailand, China, the USA, and UK. These crossings have proved to be very effective as they create an automatic caution among the drivers.

The Zebra Crossings are an integral part of traffic and its rules. However, in Pakistan these crossings have slowly vanished from most of the roads. Not only the small cities but also the roads in major cities are without them. This one example is enough to show the plight of traffic rules in Pakistan.

These 3D crossings will surely leave an impact because they increase safety. Hopefully, the government will apply this initiative in other parts of the country. Such projects will also increase pedestrians’ safety on traffic signals because many drivers do not respect the signals, which may lead to road accidents.