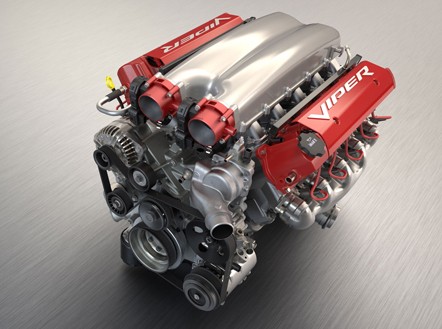 Engine Belts And What You Need To Know About Them

Our cars have changed a lot. From rear wheel drive to front wheel and all wheel drive systems, single to dual overhead camshafts, multiple valves, engine control units and the list goes on. But there’s one thing that still works in the old fashioned way, engine belts. There are basically two types of belts in any engine, timing belts and serpentine belts.

Timing Belts are powered by the crank and rotate the camshafts. Depending on the engine configuration, there may be one, two, three timing belts. One timing belt can be used per cylinder head. So an inline engine would have one, a V may or may not have two and a W could have up to three timing belts. The basic purpose of a timing belt is to synchronize the intake and exhaust valves to the movement of a piston. As it ‘times’ the valves, it is called the timing belt. The crankshaft drives the timing belt, which in turn rotates the camshaft that controls the opening and closing of valves. As the opening and closing of valves makes it possible for the piston to drive the crankshaft, this becomes a cycle which when broken, the engine ceases.

The timing belt is made from rubber with high tensile fibres making it possible to run for thousands of kilometers. The design consists of a trapezoid teethed belt which runs on opposed teethed geared pulleys because slippage is meant to be eliminated in case of timing. The replacement time may differ from vehicle to vehicle but generally it is around a hundred thousand kilometers. The breakage of a timing belt will cause an engine to stop and cease if forced to run further, so it is advised to disengage the wheels and turn off the engine in case it happens. Otherwise it may snap the valves, the camshaft, and cylinder head assembly. The symptom of a breakage is a snapping sound followed by an unresponsive engine.

Some cars like Mercs come with timing chains instead of belts, and they have a much much greater lifespan than that of belts.

Serpentine belts (also called accessory, fan or alternator belts) are supposed to drive additional components like the alternator (generator), the radiator fan, air-con compressor, water pump, power steering pump, supercharger etc. Serpentine belts are also powered by the crankshaft and can vary in number from typically one to two depending on the engine complexity. In newer cars however, there is mostly one serpentine belt. The job is to drive any specific components it is connected to like the alternator to produce electricity for the electronics of your car to run, the hydraulic power steering, water body circulation etc.

In the older cars with typical rear wheel drive and longitudinal engines, the radiator fan was driven by the serpentine belt (hence also called the fan belt). Because there was room in the front and the crankshaft was easy to connect to the fan due to the longitudinal engines, this was easy in old days. Now, however, with front wheeled and transverse engined vehicle, the engine bay is much more complicated and advancements in electronics have made it more preferable to use a motor and temperature sensors to drive the radiator fan. Similar thing happened to the hydraulic powered steering which got replaced by the EPS (Electric Powered Steering). Though in most of new cars you will find an electronically driven fan, there still are a few which use a belt driven one, same goes for the powered steering.

A serpentine belt is made up of rubber similar to that used for timing belt. It is either a V grooved or a multi V grooved in cross section and runs on grooved pulleys because a slippage would not do any harm to the engine. A serpentine belt may be two sided as opposed to timing belt because it may be required to drive a component in such a way.

If a serpentine belt breaks, the engine would keep running but not for a long time. For example, the water body would stop circulating water and the engine would over heat, same could happen if the fan is belt driven. The air-con may throw warm air at your face and the power steering will become very hard if it is a hydraulic one. Because the alternator is also driven by this belt, the battery will discharge shortly and all electronic components would stop working. The symptoms of breakage include the battery low light in the meter, malfunctioning of electronics and maybe overheating, at a later time. The life of a serpentine belt varies vastly among vehicles so you should consult the user’s manual for the specific vehicle for that.

Belt idlers are used to keep the belt in a place and give it a shape, while belt tensioners are moveable idlers that can control the tension in the belt by moving. Tensioners can either be manual, spring loaded, or active.