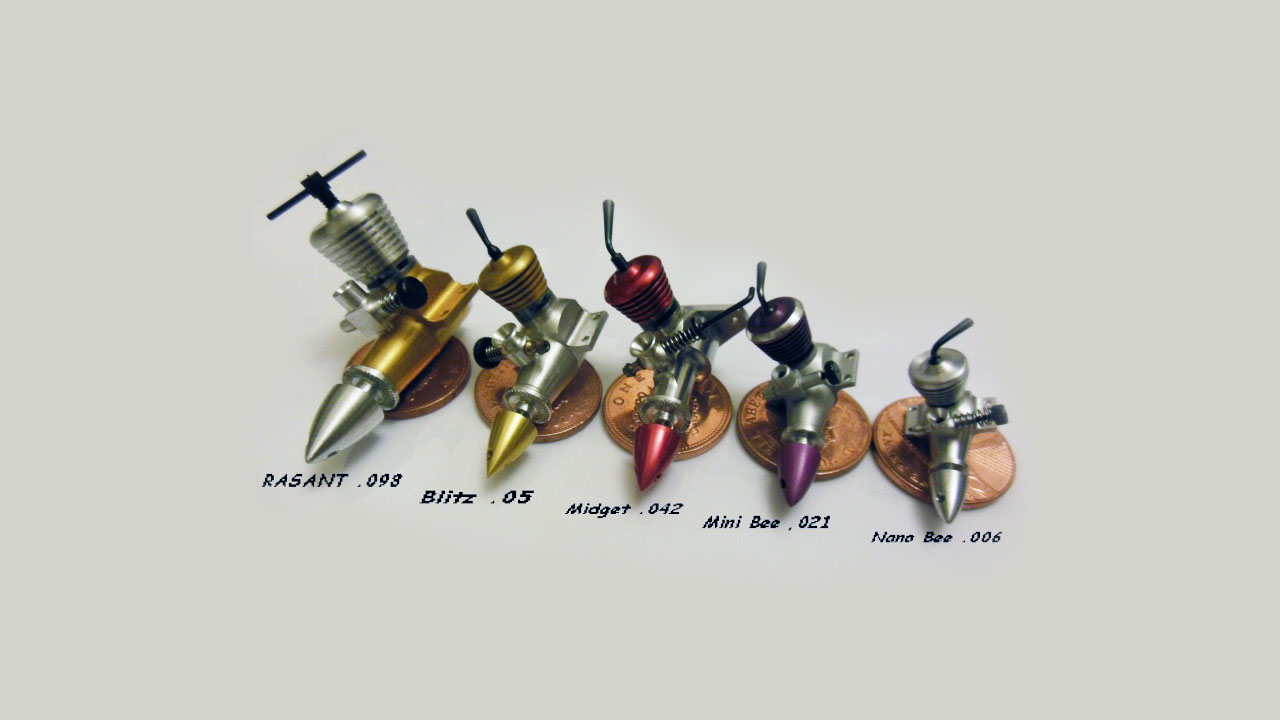 In case you were wondering a 70cc motorcycle engine is small, or a go-kart’s 50cc engine is small and underpowered, you’ve gotta look at the world’s smallest engines ever manufactured. The guy named Ronald Valentine owns a company after his own name, Ronald Valentine Engines. Almost all of the engines he produces are either diesel or glow fueled and weigh as light as 3 grams, yes 3 grams.

He started this work in Germany at some university and now does this in US. According to him, all the crankcases and crankshafts are hand machined and most of them are made of aluminum and composed of either a single, two or three pieces. Different types of engines include single cylinder, inline twin, boxer twin, boxer four, radial 3 and 5 cylinder engines. The intake type varies over the engines including reed, rotary and disc valves. You have to visit the website to appreciate the amount of detail that goes into each engine.

If you’re worried about how much they cost, well, they cost too much and with that money you could sure buy a bigger and more powerful engine but after all, they are a masterpiece.

Also look at the video below in which he tells more about these engines:

Engine Belts And What You Need To Know About Them