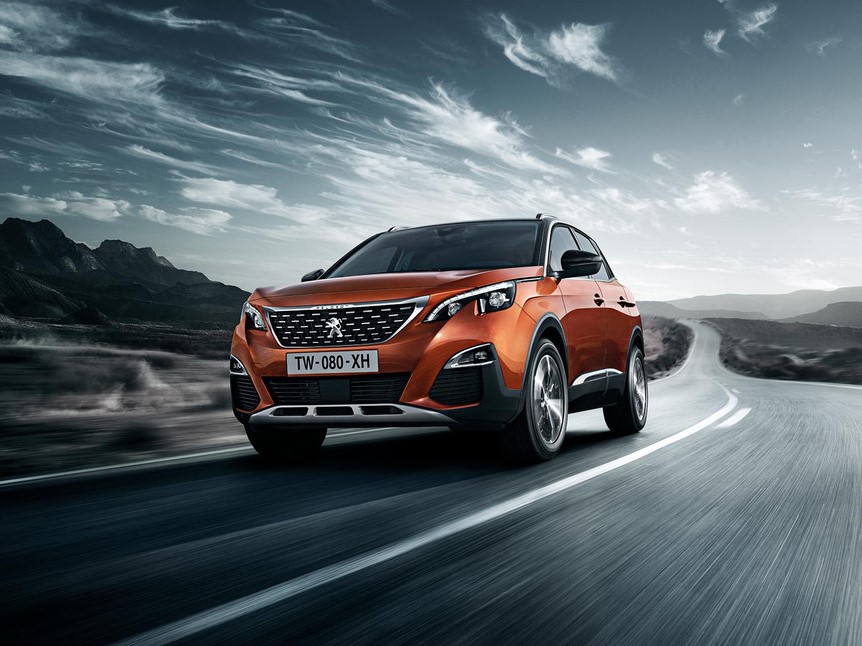 The current situation of Pakistan’s automotive industry may be accurately described as “complicated”.  On the one hand, we have an influx of newcomers that bring with them new models at competitive prices, presenting the consumer with more options hence changing the industry for the better. On the other hand, we have the free-falling currency and increasing inflation, which limit the consumer’s buying power and threaten to tear the industry apart. Today we will be talking about the brighter prospect; Lucky motors’ $15 million venture with France’s Peugeot Citroen Alliance. Let’s see what this brings to the table and evaluate what Peugeot has to offer.

Before we get started, a word of caution is advisable. The cars being discussed here EU/UK spec models and may differ from the ones that may make it to Pakistan. With that out of the way, let us begin with Peugeot’s anticipated lineup for Pakistan.

The 108 is Peugeot’s cheapest car on sale as of today. The 108 is a subcompact hatchback that goes against the Suzuki Cultus (Celerio), Hyundai i10 and the Kia Picanto, Volkswagen Up and the Toyota Aygo. If it makes it to Pakistan, then the Suzuki Wagon-R and the new 660cc Alto will also be seen as competition due to its price tags (The 108’s price is a close match for the Celerio (Cultus) in the UK market at around 10000 pounds). The baby Peugeot is powered by 1.0L naturally aspirated, port-injected 3 cylinder engine, mated to a 5-speed manual transmission. Interestingly, this is the same 1KR-FE Toyota engine that is found in the Vitz, Passo, Belta and many other Toyota models that are a frequent sight on Pakistani roads. Here too, it delivers the usual 68 HP and 93 Nm of torque, which is identical to the Toyotas mentioned above. The power output can be described as modest at best, and the 108 is not exactly a sporty ride; however, it certainly is no slouch in that department either, especially compared to its rival Suzuki models. Fuel economy is also good, while Peugeot claims a fuel economy figure of 20 km/l on the NEDC driving cycle, you should be looking at around 15-17 km/l in the real world. Even though looks are subjective, the 108 does stand out in this department. It is definitely among the most attractive cars in this segment and in my opinion, is only marginally better by the new Kia Picanto courtesy of Kia’s lead designer Peter Schreyer. Interior design and material quality have always been a big selling point for Peugeot vehicles, and the 108 is no exception. The interior is designed tastefully; the accented front seats and the two-toned dash design give it a premium feel, which is welcome in a car of its class. ABS, Traction Control, Electronic Stability Program, dual front airbags, dual side curtain airbags, Air conditioning, 15-inch steel wheels and a 7-inch touchscreen with Android Auto and Apple Carplay all come as standard on the base model. While key-less entry, push-button ignition, 15-inch alloy wheels, automatic climate control, fog lamps, and leather steering wheel are available on higher trim levels. Unfortunately, though, I do not expect many of these fancier features to be present in a locally available 108, largely due to the costs associated with the said options. And speaking of costs, the 108 is likely to be around the ballpark of 16 lacs, if it makes an appearance at all.

Crossovers are the vogue these days and Peugeot has certainly cashed the opportunity with the 3008. The 3008 was originally an MPV and even though it sold well for an MPV, Peugeot, presumably after looking at the sales figures of the 2008 SUV, decided to board the crossover bandwagon with the second generation 3008. Looking at the results, I think it is safe to say that Peugeot has made no mistake. The 3008’s shape is that of a rugged, tough, muscular and bold SUV while the headlights, the creases, the chrome garnish, the front grille, the air vents, the black C pillar and all the other intricate details make the 3008 look suitably posh and ostentatious. It fares quite well against the competition which includes the Kia Sportage, Hyundai Tucson, Honda HR-V (Vezel) and the Toyota CH-R.  A 1.2L turbocharged engine powers the 3008, generating 130 HP and 230 Nm of torque. All this power goes through either a 6-speed manual or optionally, an 8-speed automatic transmission. The latter being the more obvious choice for the Pakistani market. The automatic yields a real world fuel economy figure of around 15 km/l. There is still ambiguity in whether Peugeot would opt to bring the 3008 with a turbocharged engine, due to the costs and complexities involved. The PKDM Civic X 1.5 Turbo fiasco is an unfortunate reminder for automakers that wish to bring vehicles with turbocharged engines in the market. The interior has the usual Peugeot quirks, being tastefully stylized with premium materials like real metal, genuine leather and even cloth inserts being used in parts of the dashboard. Build quality has also taken a step up in this generation; though any conclusive comments in that department should not be made this early. Due to the boxy shape and overall size profile of the vehicle, interior space is plentiful and the 3008 can easily seat 5. ABS, Traction Control, Electronic Stability Program, Automatic emergency braking, dual front air bags, dual side curtain airbags, dual zone automatic climate control, 17-inch aluminium alloy wheels, a 12.3 inch LCD digital instrument cluster and an 8-inch touchscreen with Android Auto and Apple Carplay all come as standard on the base model. Higher trims bring 19-inch diamond cut alloy wheels (pictured above), adaptive cruise control, lane departure prevention, nappa leather seats, panoramic glass sunroof and 360-degree surround view cameras. As with the other models being discussed here, the Pakistani market is unlikely to be treated with the more desirable amenities to keep costs under check. The 3008 is likely to cost around 45-50 lacs when it hits the Pakistani showrooms.

The 5008 is the elder sibling of the 3008 SUV, with which it shares much of its DNA. The 5008 shares its engine and transmission options; even its entire platform for that matter with the smaller 3008. The only difference is in size or more specifically, the length and the wheelbase. The 5008 has a length of 182.7 inches, which is 7.5 inches longer than the 3008’s 175.2 inches. The wheelbase too has a similar story; the 5008’s wheelbase is 6.5 inches more than the 3008 at 111.8 inches, compared to the 105.3 inches for the 3008. This extra room between the wheels translates to an extra row of seating in the 5008, which is a 7-seater. Like 3008, there is a copious amount of interior space and there is space for two adults even in the 3rd row, which is usually cramped and only suitable for children. Otherwise, the car is identical to the 3008, from the interior to the options list. As for pricing, the 5008 is a tad more expensive than the 3008, as you might expect and is going to cost around 3.5-7 lacs more than its little sibling at around 50 lacs when it makes an appearance here.

Peugeot’s lineup for the Pakistani market would undoubtedly be incomplete without a compact sedan. It is no secret that Pakistanis love saloons, ever since the birth of the Pakistani automotive industry Margallas, Balenos, Cities, Civics and of course, Corollas have all been selling like hotcakes. Peugeot is unlikely to miss out on the opportunity and has just the right vehicle in the 508 to compete in this segment. The 508 has a clean, minimalist design with the signature front grille that gives it the Peugeot character. The rear end is also tastefully done; the extended taillights that go across the back of the car, the vertical orientation of the brake lights and the fastback body style all bear a passing resemblance to the Ford Mustang to my eye, which is no bad thing. A 1.6L Turbocharged, directed injected high compression Inline 4 beats at its heart, generating 178 HP and 250 Nm of torque, going through an 8-speed automatic transmission. This engine-transmission combo propels the car from 0-100 km/h in 7.9 seconds, making this a sprightly machine. The performance figures rival those of a Honda Civic 1.5 Turbo, which is seen as a primary target. The interior is typical posh Peugeot and features premium materials all around. The cabin is both designed and built well and quality in this generation is also top notch. Automatic emergency braking, dual front air bags, dual side curtain airbags, dual zone automatic climate control, 17-inch aluminium alloy wheels, a 12.3 inch LCD digital instrument cluster and an 8-inch touchscreen with Android Auto and Apple Carplay all come as standard on the base model. Higher trims bring 19-inch diamond cut alloy wheels (pictured above), adaptive cruise control, lane departure prevention, nappa leather seats, panoramic glass sunroof and 360-degree surround view cameras. The 508 is also going to cost around the same as a Turbo Civic when it arrives.

That’s it for today! Are you excited for Peugeot arrival? Or do you think the free-falling currency and inflation have made owning these cars undoable? Feel free to leave your thoughts in the comments below and stay subscribed to PakWheels.