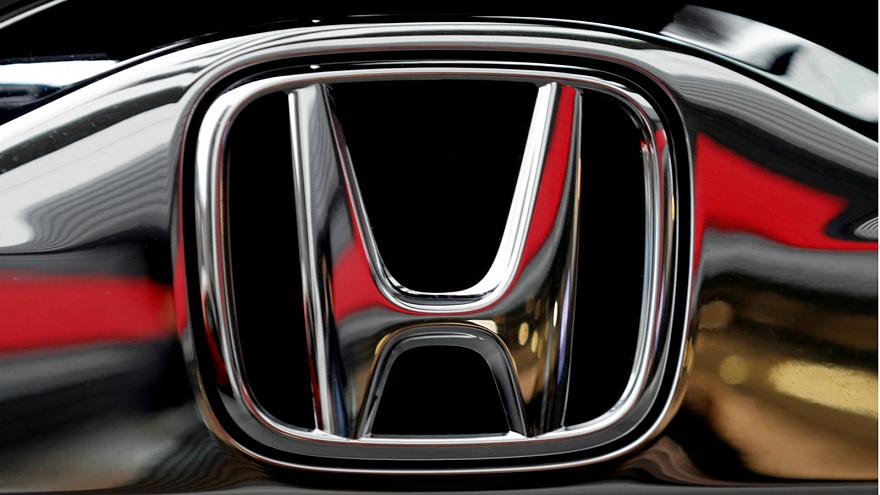 Honda Atlas Cars (Pakistan) Limited has revised the prices of all its cars due to the implementation of government levies in fiscal budget 2019-20 which have come into effect from 1st July 2019.

Recently, the government announced a new set of Federal Excise Duty (FED) rates on all categories of cars which benefited the vehicles of engine capacity of 1700 cc and above whereas turned out to be an additional amount of tax on the cars below this category. In the fiscal budget 2019-20, the following three slabs of FED were announced:

Previously, the FED was only applicable to vehicles with engine capacity of 1700 cc and above with a rate of 10% of the value of the vehicle. Therefore, the new policy was a mixed bag of good and bad news for the consumers of their respective categories. Since then, several questions were raised whether the auto manufacturers will decrease the prices of the cars of engine capacity 1700 cc and above owing to the new rates which demand a decrease. The decrease in prices looked obvious but on the other hand, the significant depreciation in the rupee value against the US dollar during this tenure created understandable doubt in everybody’s mind. However, all the fuss is cleared now as Honda Atlas, which is one of the leading auto manufacturers in the country has announced the new prices of its cars. The list of new prices shows a decrease in the prices of vehicles over 1700 cc whereas a considerable increase in the prices of its cars under this category. In its official circular sent to all the authorized dealerships, Honda Atlas has clearly stated the revision in the rates is due to the implementation/change in government levies and some extent the impact of Forex. Let’s have a look at the revised prices of Honda cars and find out how the implementation of FED has affected the new rates in the table below. 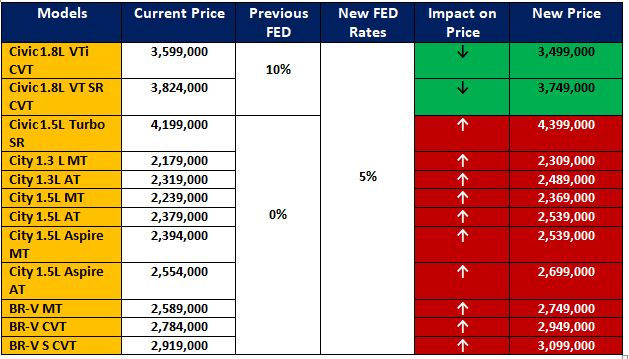 Note here that all the prices are ex-factory and inclusive of 17% sales tax and 5% FED on all the CKD variants of Honda. We can see that the prices of all variants of Honda Civic except 1.5L Turbo SR have decreased because the FED has come down from 10% to 5%. On the other hand, all other cars of Honda, including all variants of City and BR-V fall in the category between 1000 cc and 1699 cc which were exempted from any percentage of FED previously. As of now, 5% FED is applicable on all these cars as well so their prices have gone up in the latest revision. The top of the variant of BR-V is now priced at Rs.3,099,000. The price of relaunched Civic 1.5L Turbo RS is increased by Rs.2 lacs and will now available at Rs.4,399,000.

Although the prices of some models have come down, the depreciation of rupee against the US dollar is putting a lot of pressure on the auto manufacturers. As a result, under the current economic circumstances, the prices will only tend to go higher in the future, which is certainly not good news for the consumers at the end of the day. As an end consumer, the situation is only deteriorating, and buying power is reducing with the passage of each day. It’s not the increase in price, which is bothering the consumers but the rate at which it’s going in the upper trajectory.

What is your opinion in this regard? Let us know in the comments space and stay with PakWheels for the latest updates on the automobile industry of Pakistan.