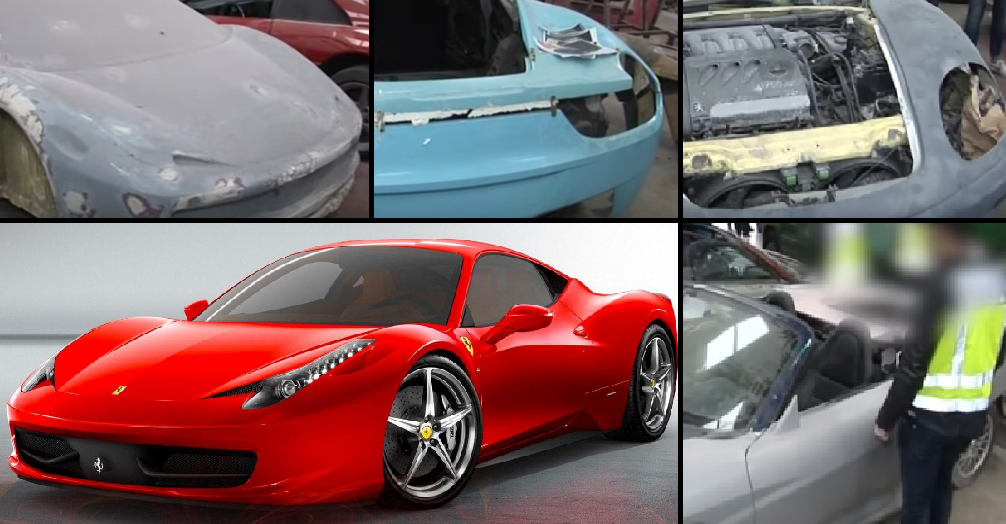 Earlier this week, Spanish police arrested three people who were involved in the manufacturing and selling of fake Ferraris and Lamborghinis. The group of counterfeit exotic car manufacturers attracted the attention of Spanish police when they put one of the vehicles up for sale in Benidorm through an online car selling website for an approximate price of 41,000 Euros (equivalent to  4.5 million PKR approximately).

During the raid, the Spanish police found 4 completed fake Ferraris, while 14 other exotic cars that included Ferraris and Lamborghinis, were also found in various stages of completion.

Video footage provided courtesy of police of the Spanish Ministry of the Interior shows the aftermath of a raid in Girona on a compound which specialized in the production of counterfeit luxury brand vehicles.

According to police, these counterfeit luxury vehicles were manufactured by first creating a mould of a Ferrari or Lamborghini body kit and then fusing the counterfeit body, complete with fake emblems and other insignia, onto a Toyota chassis with the use of fiberglass.

Above are some of the Ferrari stickers seized by police when they raided the setup making counterfeit supercars in Spain.

Besides, the group not just manufactured fake exotic cars but also organized fake registration documents for all the vehicles they sold.