Al-Haj FAW Motors has offered a mega discount on its whole lineup of cars. The Year-End offer is applicable for FAW V2, X-PV and Carrier Plus. Under the offer, the buyers can get a discount of Rs 50,000, if they book a car now. However, the booking will start at Rs300,000.

The company also announced in a social media post that the customers will also get a chance to enter a lucky draw and win a mega prize. 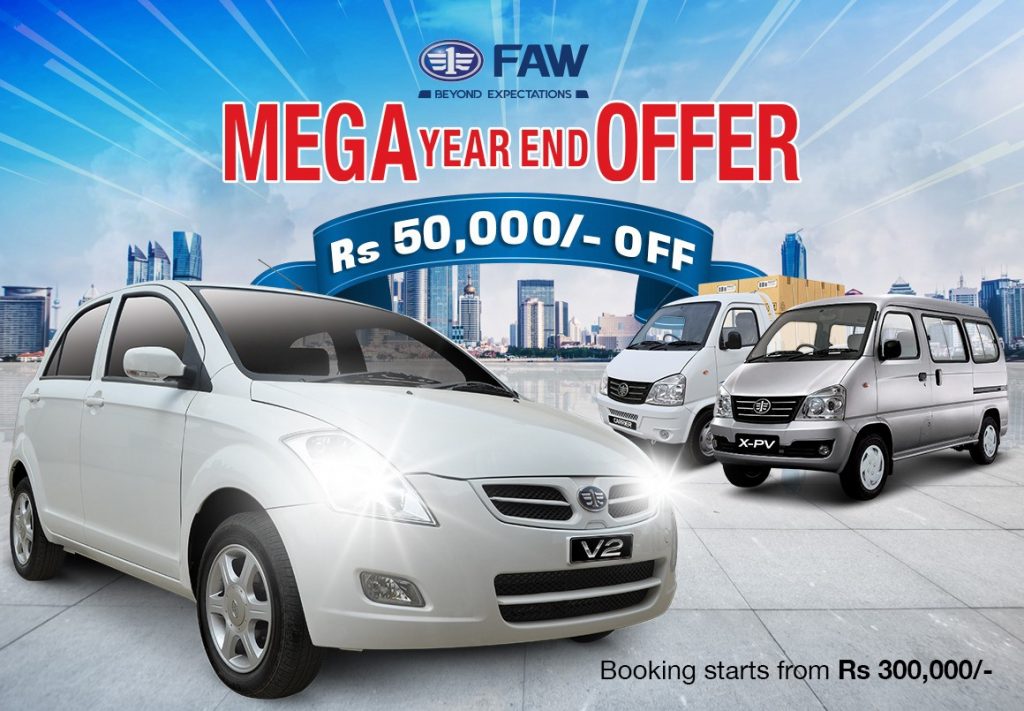 It is pertinent to mention that despite the price hike, V2 is still the cheapest car in Pakistan in 1300cc segment.

Blessed Friday Sale-Get Up to 60% OFF on PakWheels Products