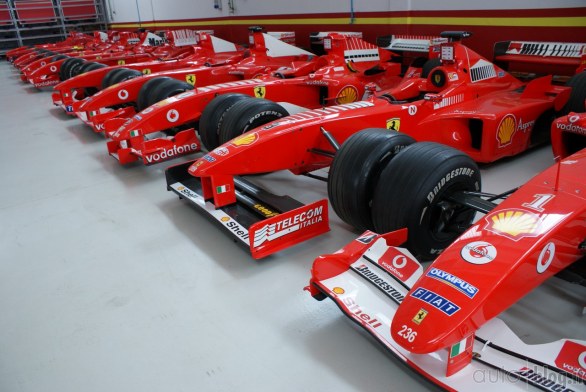 Most of us have grown up with a Ferrari or Lamborghini plastered on our bed room’s wall, as toy cars, looked at them with immeasurable passion and envy and always committed to ourselves that we will buy one someday. The current situation of this country doesn’t permit anyone – even if one has the means to buy one, can’t keep one because of the obvious threats one faces of owning a car with such big presence. To give you an example about how popular Ferrari is that most common people won’t recognize a Bugatti Veyron but given the shape of the car, an instant guess from average people would be, it’s a Ferrari.

So Ferrari for rich folks living in areas where you can’t show off your wealth has programs where you buy the car but Ferrari keeps the car with itself and brings to the racetrack when you feel like you’re spending sometime with your Ferrari. Among such programs is the il Reparto Corse Clienti, where private clients’ cars get the Ferrari treatment and there’s another program with even more high profile where Ferrari sells you F1 cars from 1970 onwards. Newer F1 cars are sold after they’ve done atleast two seasons though.

The Reparto Corse Clienti not only houses clients’ F1 cars, it’s also the nerve center for everything needed to keep them running, from countless versions of long-since-outdated software, to all the specs needed to rebuild any part of any of the company’s F1 cars

Even the cheapest and the latest program which revolves around GT cars like Ferrari FXX (Based on Enzo) and 599FXX costs $ 2 million but – consider this price as an estimate because the actual costs/price are held like state secrets.

The link to the gallery is stated below for you to see how hundreds of Ferraris parked in congregation look like in a garage which is a living fantasy of millions.

Implementation of Karachi urban transport master plan 2030 has been initiated