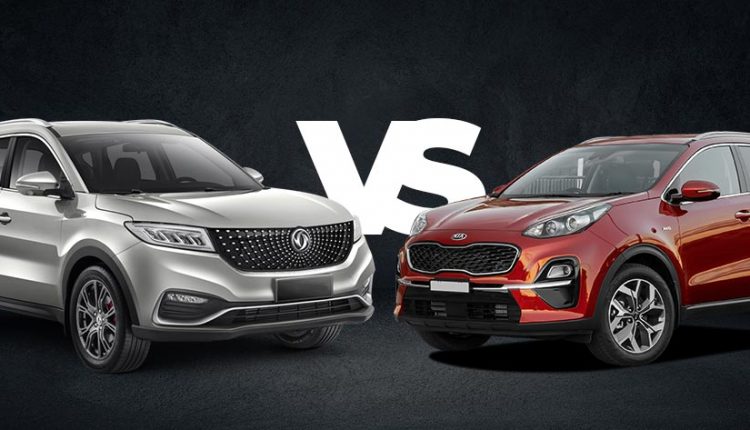 We are here with another highly-demanded comparison, and this time it is Glory 580 Pro Vs. KIA Sportage. In this brief comparison, we will compare the engine, power train, seating capacity, variants, interior and other features of these cars.

Earlier, we brought a comparison between Glory 580 Pro and Hyundai Tucson for our readers.

So, without any further delay, let’s jump right into the comparison.

KIA Sportage has the seating capacity of 5 people; meanwhile, up to 7 persons can sit in the Glory Pro.

Glory Pro has a state-of-the-art feature called i-Talk. Through this latest feature, you can open/close windows of your car, attend/reject phone calls, control AC temperature and number of other features in your car, while using your voice.  However, Sportage does not have this feature.

The SUV by KIA has an 8-inch infotainment touchscreen; meanwhile, the size of the screen in Glory is 9-inch.

In the comparison of Glory 580 Pro Vs. KIA Sportage, we will come to know that Glory Pro comes with leather seats, while Sportage FWD has fabric seats in it. 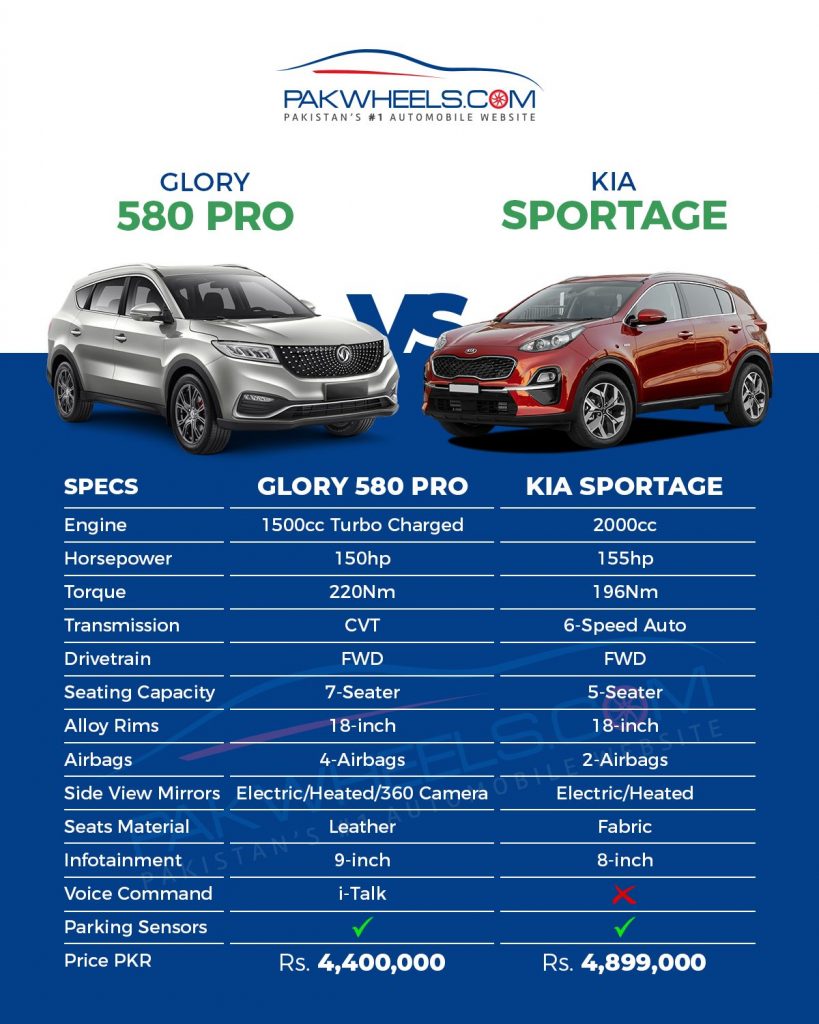 FOG ALERT-Tips to Drive, When Visibility is Bad