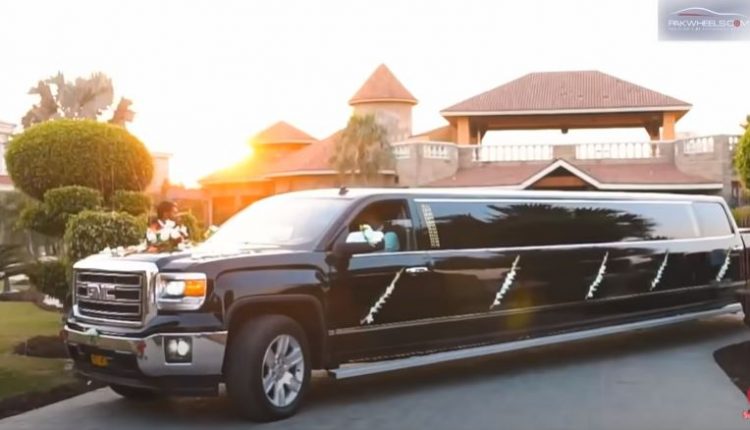 PakWheels has brought a special review for its readers, which is of GMC Limousine. Royal Limousine Service currently owns the car. Giving a brief intro of the car, the company’s manager told us that it is a 2016 model, American car.

The company also owns other limousine cars, including Hummer and Cadillac, and it provides these cars on rent for marriage ceremonies, corporate meetings, and birthday parties.

The specialty of GMC Limousine:

The unique thing about this car is that it is the one and only GMC Limo in Pakistan. Furthermore, it is 40-feet long, making it the longest Limo in the country.

Is it Easy to Drive?

The manager told us that company hires very experienced drivers for this car, and two drivers are usually present in the vehicle at a time. “One drives it, while the second helps him in maneuvering it on the local roads, especially on sharp turns,” he said.

“Our drivers even take these cars in rural areas,” he said. Furthermore, there is no issue of taking it to top speed as the manager said that they have driven these cars as per road speed limits in the country.

The car comes with a 6.2L V8 engine. Although the car is very long, but the engine easily pulls the massive body of this vehicle. 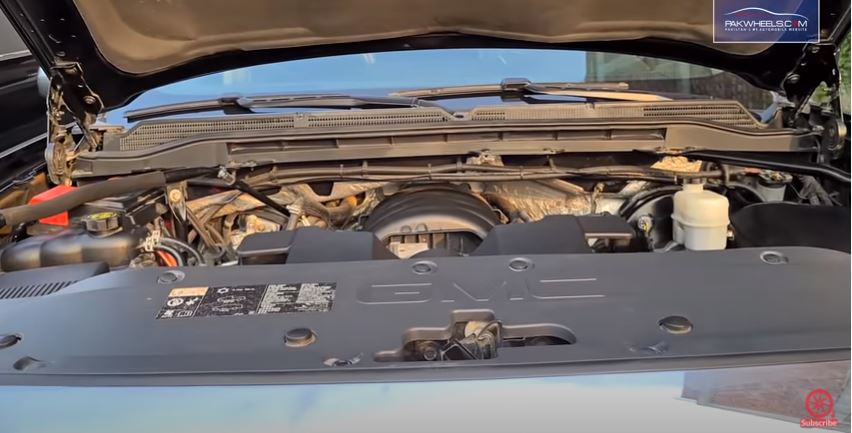 At the front, the car has projection headlights with DRLs and fog lights. It has a chrome front grille, with the company’s monogram. Furthermore, the company has installed a special footstep so that passengers can easily enter/exit the car. 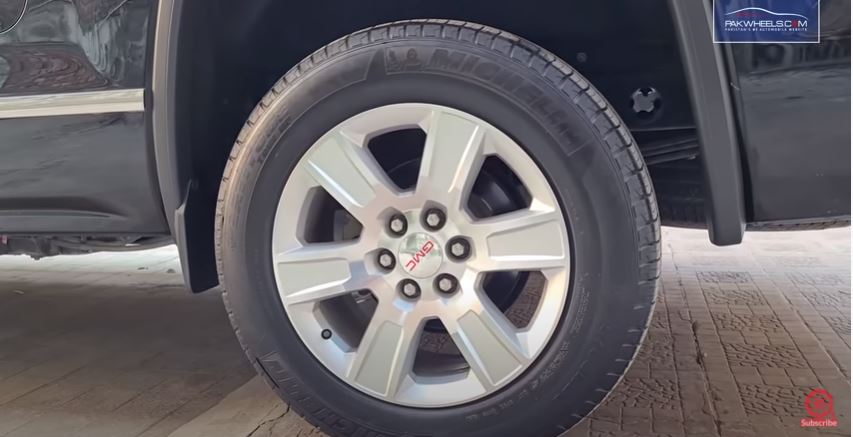 The car has the company’s logo, tow hook, and a bed at the rear, which has AC condensers to maintain cooling inside the vehicle.

Is Length a Problem?

According to the manager, vehicle’s tyres and brake pads bear the most impact due to its extra length. “However, there is no issue in its suspension because GMC itself has installed it in this vehicle while keeping its length in mind,” the manager said. 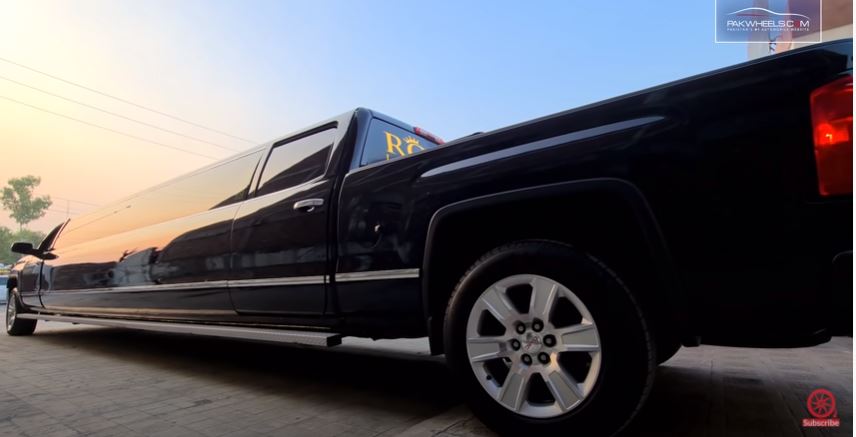 Furthermore, the company has provided special support under the car’s body, so that its whole outlook remains unaffected.

This a left-hand drive vehicle because it is an American truck. The steering has different controls and gear transmission on its right side. There are headlight controls on the left-hand side, along with power windows and lock/unlock controls. 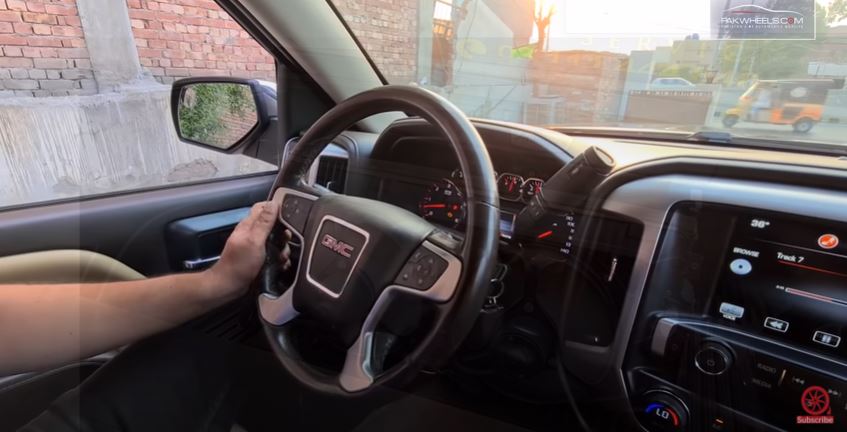 In the dashboard center, the car has a prominent infotainment system, along with dual climate control. Under that, there are different buttons, including pedal position control, traction control, and parking sensors. Furthermore, at the bottom, it has buttons to control the AC cooling of the back cabin. 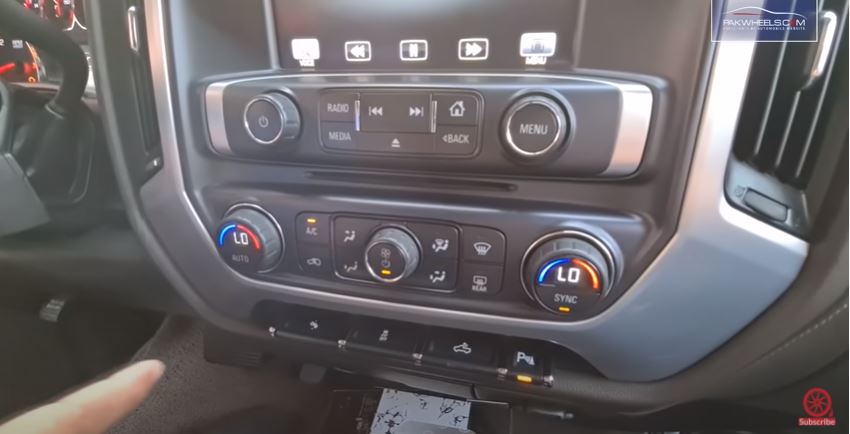 The back cabin has excellent lighting ambiance, where you can set single or multiple lights. The car has LCDs in a row, a bar, and an icebox for drinks in front of the seats. You can control multimedia functions from both the front and back cabin. 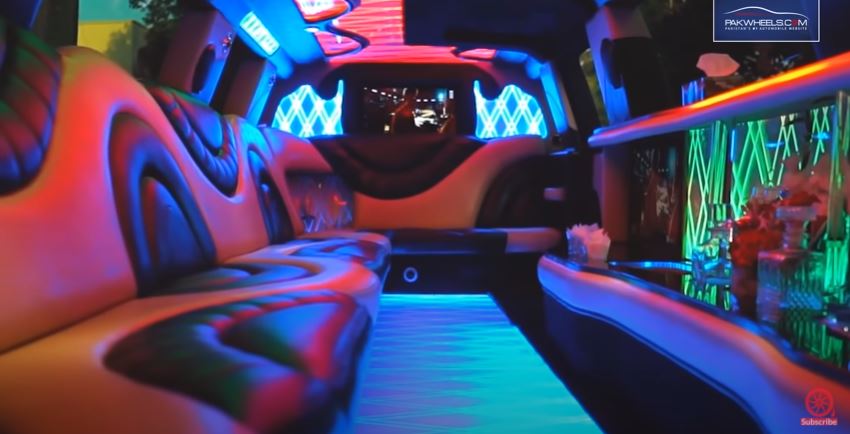 The cabin has multiple AC vents to maintain cooling inside the car. Moreover, it also has a minibar at the corner of the seat for the convenience of passengers.

The manager said ten persons could easily sit and travel in this vehicle. The company has installed a partition between the back and front cabins to maintain the privacy of customers. 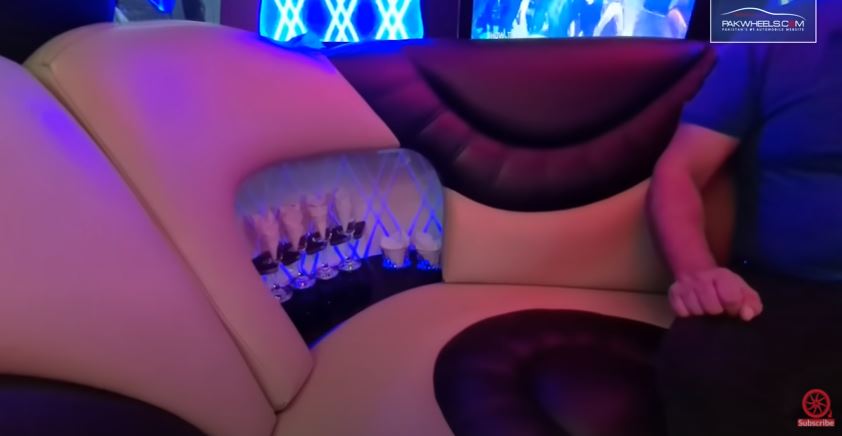 The manager told us that they don’t face any significant maintenance issues because they have their own mechanics team. “However, we do face issues concerning spare parts as we have to import them from Dubai and the US,” he said.

According to the manager, they charge Rs1,75,000 per day/event within Lahore or nearby city areas. “This is our top-of-the-line car; hence, its rent is highest, while our rents start from Rs70,000 for other limousines,” he stated.

The price of this car is Rs 5crores.