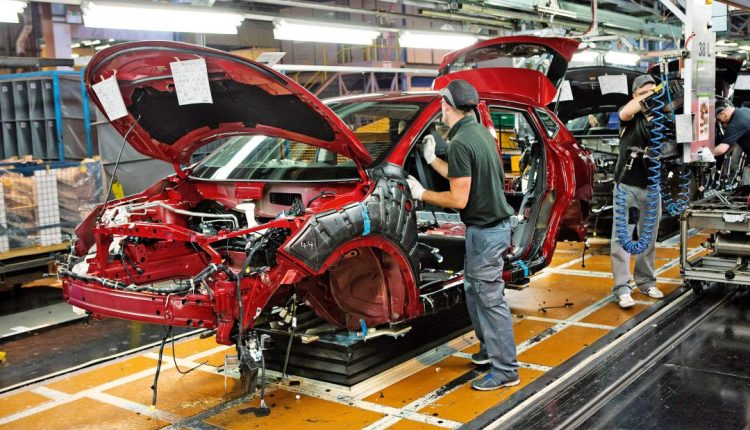 Despite the claim of manufacturing a majority of auto parts locally, the car prices have been surging immensely over the recent past on which the government has told that it has no control over fixing these prices.

In a bid to discuss the issue of increasing car prices in the country, a meeting of Senate Standing Committee on Industries and Production was held in Islamabad. The meeting officials expressed their helplessness in fixing the prices of cars and told the committee that the Engineering Development Board (EDB) has no legal provision against which it can control the car prices in the country. The auto industry belongs to the private sector, and a lot of factors come into consideration while deciding the prices of automobiles.

Economic Slowdown Process in the country:

The prices of cars were mainly dented by the sharp depreciation of Pakistani Rupee against the US dollar in the last year. However, the local currency has stabilized and gained some value for the last few months but of no effect on the car prices. The automakers are busy revising the car prices almost every month for no apparently justified reason. The exchange rate and duties levied by the government fall in the scope of the Federal Board of Revenue (FBR), which largely decides the prices of automobiles in the country.

The unfair rise in car prices was also attributed to several factors involving the policies of the government regarding the taxation rate. The Advisor to Prime Minister on Commerce, Industries and Production, Abdul Razzak Dawood told the committee that the government is largely responsible for the increase in locally manufactured cars. In the last budget, it imposed various additional duties and taxes on cars, including Federal Excise Duty (FED), Additional Customs Duty (ACD), etc. A large proportion of raw material used for the manufacturing of spare parts is imported from other countries, and the imposition of these duties makes the raw material expensive in the market due to the conversion rate. The decline in car sales is also a result of sky-rocketing prices of automobiles.

Is the localization claim of auto manufacturers false?

The advisor to PM further told the Senate Standing Committee that the local industry had achieved 70% localization of parts. Pak Suzuki has achieved the maximum localization in the country so far i.e. 70%, while the other Japanese auto giants, including Toyota Indus and Honda Atlas are producing 65% and 58% parts locally respectively. The structure, exterior, interior, braking, and suspension system, etc. are being produced locally for these cars, whereas the hi-tech parts, including engine and its related parts are imported. He also added that 100% localization could never be achieved in Pakistan due to the frequent change in models of cars. The government aims to promote the local auto manufacturing to help in reducing the prices. In the case of tractors, the localization percentage is around 95% due to simple technology and no frequent change in models observed.

It is worth mentioning here that there is no frequent change in car models observed in Pakistan, as told by the PM advisor. A lively example of that is the currently produced Honda City, which is being in production for the last 11 years since 2009 without any model change. It only received countless facelifts to back the price hikes by the automaker. Another popular example is Suzuki Mehran, which is discontinued by Pak Suzuki after 30 years of production.

Government to set the quality standard for vehicles?

Currently, there are no quality standards set by any government regulatory body in the country for producing cars. Recently, the standing committee on Industries and Production visited the manufacturing facility of Pak Suzuki and encouraged for improving its plant. In a recent development, the Ministry of Science and Technology has decided to set the quality standards of cars. All the local auto manufacturers will be bound to offer their cars with the minimum requirements of quality standard and safety features. It’s a good initiative by the Ministry since the absence of these standards has allowed the automakers to make maximum profits out of their low-cost products.

The meeting of the Senate Standing Committee ended with a conclusion to call in the local auto assemblers and linked stakeholders in its next meeting. The main purpose of involving them in the discussion is to get their point of view on the matter. The auto manufacturers in the country will brief about the contributing factors in increasing car prices.

Mention your suggestions in the feedback section and stay connected with PakWheels for more updates on the automobile industry.

Is Sportage getting competition? Toyota IMC’s SUV is on its way!