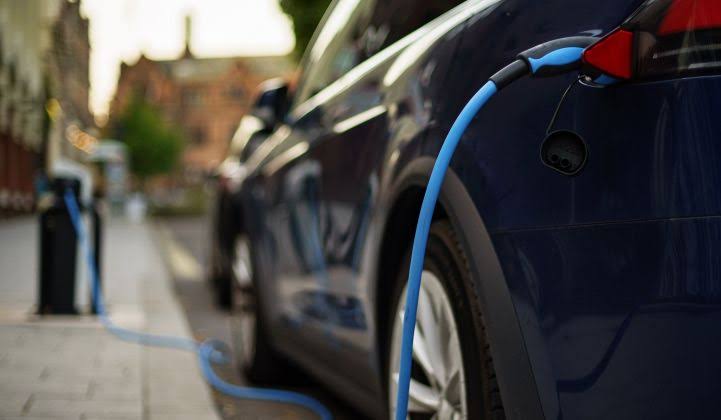 Pakistan’s first-ever electric vehicle policy was recently approved by the cabinet, and the government is all set to introduce electric vehicles in the country. The step was taken in line with the vision of the Prime Minister to shift towards electric mobility to reduce the impact of carbon emissions on the environment. The government aims to convert 30% of the vehicles in the country to electric by the year 2030.

The formulation of electric vehicle policy went through several stages of ups and downs as several stakeholders were not initially made a part of the process. There was also a clash between the Ministry of Industries and Production and the Ministry of Climate Change over the preparation of the policy, which was later resolved. It will surely revolutionize the entire industry and offer various benefits to the country’s economy and the consumers as well.

According to the adviser, the conversion of combustion engine vehicles into electric will save $2 billion in the annual oil import bill. Moreover, with the introduction of electric vehicles, there will be a considerable reduction in the fuel costs of the consumers. A reduction of around 60% in the fuel cost would be achieved with the motorbikes only. The maintenance cost of the vehicles will also go down as the engine, and its related components will be replaced by a single electric battery. Above all, the atmosphere will also be saved from any further carbon emissions from the combustion engine vehicles, which are a major contributor to air pollution. He further told that as far as the electricity supply in the country is concerned, there is currently a demand of 10,000 MW per day, whereas 18,000 MW is being generated.

The introduction of electric vehicles in Pakistan would create massive opportunities for investment that would strengthen the overall economy. Investments such as setting up electric charging stations, manufacturing electric batteries, and electric conversion kits will open up thousands of jobs in the local industry, which is a positive prospect for the bright future. A private company based in Karachi has already successfully made an electric conversion kit, which will help in converting the existing vehicles into electric at a nominal cost.

Furthermore, several Chinese companies are willing to establish plants in the country for the manufacturing of electric batteries. A number of incentives will be offered to investors in the electric vehicle industry in the country. The government also aims to set up a research institute to strengthen the electric vehicle industry, which will be upgraded to a university in the future.

The global auto giants have already shifted to electric mobility in developed countries, and Pakistan will soon be listed among those countries. It was also a need of the hour to fight against the adverse effects of pollution and rising global warming in the region. It is worthy to mention here that the existing auto manufacturers in the country criticized the electric vehicle policy, but the government had made it clear that it will go forward as planned, and no hindrances in this aspect will be tolerated.

The existing auto players should support the government in this revolutionary step, and in return, the government should also keep all the stakeholders, a part of the whole process of formulating plans for the implementation of the electric vehicle policy. Share your valuable thoughts in the feedback section and stay connected with PakWheels for further development in this story.