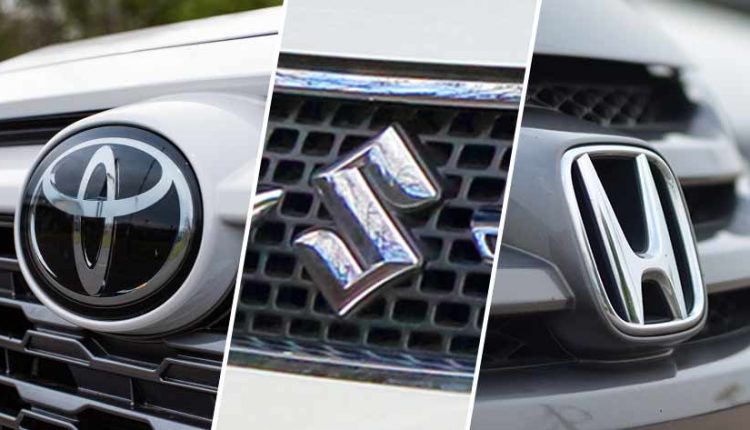 Earlier media reports suggested that Ministry of Industries and Production (MoIP) had stormed into the production plants of Big 3 automakers of Pakistan, Toyota Indus, Pak Suzuki, and Honda Atlas. The special teams carried out this raid as part of the investigation ordered by the Prime Minister of Pakistan, the reports added.

However, the latest reports and sources are suggesting  otherwise. The Big 3 have not issued any statement regarding this alleged raids, while Ghandhara Motors has denied any such incident. Furthermore, MoIP has neither confirmed nor denied the reports. However, the ministry said none of the regional officers have reported such raid.

Black Marketing of Cars in Pakistan

As per earlier reports, the reason behind these alleged raids was the issue of black marketing of cars in Pakistan. Now the government knows about it too, the reports claimed. Recently, the federal government put a question mark to why this is happening and found out the root of the problem. And guess what that is? The failure of automakers to increase the production of cars in Pakistan.

This is how the equation goes: the automakers are unable to meet the market demand; as a result, there is a shortage of vehicles in the market. leading to price hikes and dealers asking for premiums or ‘on money’.

Investigation of the Big 3 Automakers

When the Cabinet sat down last Tuesday to discuss this whole situation, they couldn’t help but frown upon the automakers for:

A.    Failing to increase the  production of cars and meeting the market demand

B.     Still importing the majority of vehicle parts from Japan instead of localizing the auto parts production in Pakistan

The federal government has directed the MoIP to investigate the most popular names in the Pakistani auto industry. That’s how, the Big 3, Toyota, Honda, and Suzuki, came to MoIP’s notice and hence, the morning incident.

The special team by the Ministry of Industries was there to monitor and review the policies of these automakers. This was their first raid on their production plants, and it won’t be the last. As the investigation continues, the ministry plans on conducting these unannounced inspections more frequently.

It’s definitely good news that the federal government has looked into the matter of black marketing of cars in Pakistan. Plus, these three automakers have stayed under the radar for as long as we can remember. The companies have been present in the market for three to four decades, and it’s about time that they feel the heat of their actions. So, it’s only fair that the government is questioning their policies and holding them responsible for the “on money” culture in Pakistan.

Do you agree with the federal government’s action of investigating the Big 3? What do you think the end result of this investigation will be?