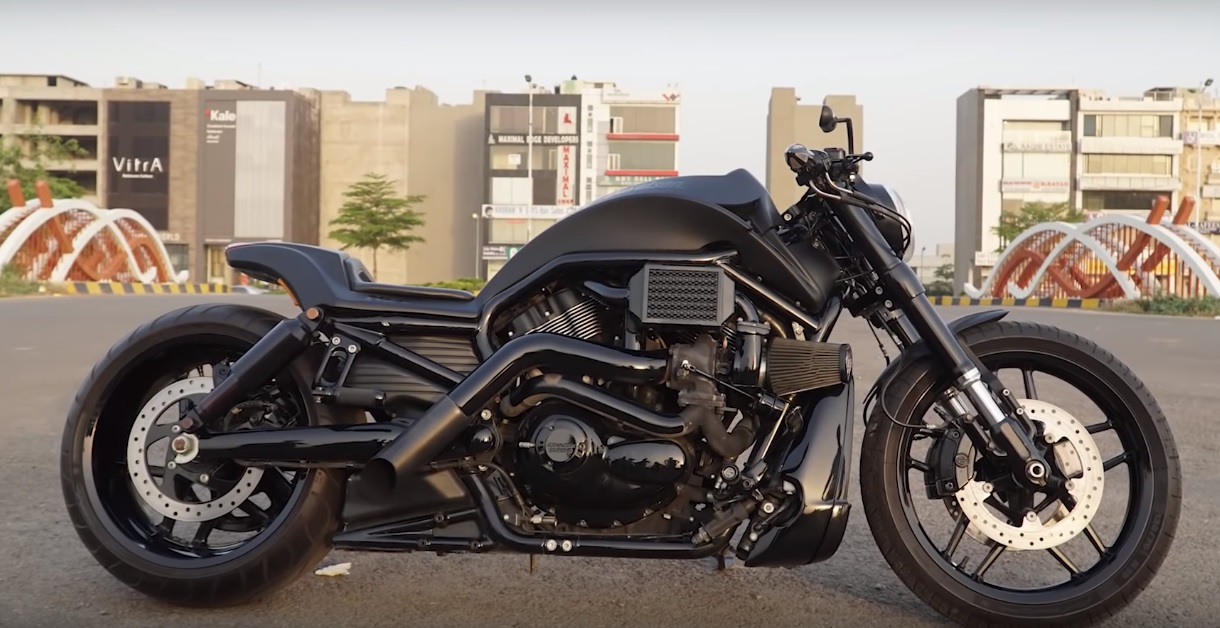 Keeping up with the tradition of bringing exclusive detailed reviews of vehicles for our readers, this time too, PakWheels.com has brought an owner’s review of Harley Davidson V Rod Custom.

The Harley Davidson V Rod was introduced in 2001. The first generation of the V Rod ran from 2001 to 2007. 2008 to 2017 saw the second generation of V Rod after which production for this remarkable bike was discontinued.

This was the first street bike by Harley to have a modern engine with liquid cooling and DOHC technology. Harley developed this engine with Porsche.

Mr. Sunny Chaudhry owns the first customized Harley Davidson V Rod bike in Pakistan. He owns Torque Motorsports Showroom in Karachi and Lahore. He had the custom bike imported from America for 5.4 million. The stock price of a Harley V Rod is between 2.7 to 3 million.

According to Mr. Sunny, he got the bike customized from the Bulldog Company in the USA, which specially designs kits for Harley. The bike has an unlimited turbo and is currently turned at 20PSI, but can go up to 30PSI. The height can be adjusted and it is equipped with air ride suspension.

The bike has titanium rims. The handlebar is straight attached. Besides the engine and frame, everything is customized. The tank and meter of Mr. Sunny’s bike are also customized. There is no missing feature in the customized bike, he claims. He calls his bike “rough and tough.” The bike is a turbo, and the speed is much higher than the normal.

Being a bike expert he claims that he has driven all the bike types available in Pakistan. He was very excited about introducing this new customized Harley bike to the auto scene of Pakistan. So far the bike has been driven 100km inside the city and has a fuel average of 4 km/liter. Regarding maintenance, the bike used 5.5-litre screaming eagle oil, which is recommended for Harley bikes.

The bike has air filter turbo with intake because the turbo is without any casing. This is washable and costs 25,000 to 30,000. It can run 3000 to 4000km in one oil. When asked about the effect of dusk and debris, he said that the air filter does take in dust but that is okay because it can be washed. The oil filter costs 2500 rupees.

For maintenance of the turbo, the bulldog prepares everything very professionally and properly. No extra care is required. For further tuning, normal mechanics are not recommended. There are a lot of turbo vehicles used in Pakistan and Mr. Sunny advises to go to mechanics that deal in turbos.

According to Mr. Sunny, the stock bike has a stiff sitting position, but his customized bike is even stiffer. The sitting position is designed in such a way on purpose, to keep the driver more alert and awake. The speed and power of the customized bike are more than that of the stock bike. It is important that the rider is completely alert and focused.

See the video below:

Tesla workers and the hardships they face during production

Honda Atlas Cars’ profits down by 77% in the last quarter