The words Uber or Careem need no introduction, they are synonymous with ride-hailing service in most parts of the world. It can be safely said that these are few of the companies that have really made an impact in the lives of people, be it a traveler who wants an economical and comfortable ride, or the driver, who yearns for a respectable source of earning. However, flip the coin on to its back and there lies another side of the story. There are some dark sides of the success story of these ride-hailing services. So keeping that in mind, I’ve tried to compile a list of generic points (some of which are my own experience and others’ will be retold) which will highlight the problems that these companies need to address in Pakistan. My primary motive is to generate a picture for both Uber and Careem so that they can work on adjusting their planning/strategies accordingly and eliminate the highlighted issues more effectively.

A colleague once told me he ordered a ride, his destination was from Wapda Town to Mall Road, Lahore. After the journey starts, the driver asks ‘Do you have an internet connection with you at the moment?’ the passenger replies him in affirmation. Startlingly, the driver then proceeds to tell him about an app called Parallel space and how it can allow a user to sign-in with multiple accounts of Facebook, CAREEM/UBER etc. The driver then asks the passenger to sign-in to a new account and order for a new ride, this way he (driver) will get two rides by the extension of completing one. Although the ride-hailing services have changed their revenue structure, the fact still remains that people have been employing such underhanded tactics to deceive both company’ and customers.

How many times have we heard this excuse? But these ride-hailing services have taught me to keep some loose currency all the time. Nonetheless, it was a hot April’ day and my brother ordered a ride for my grandparents. Yes, the driver came on time and journey was completed without a hassle but according to the application, the trip charges were 350 rupees, whereas the driver charged 400 rupees from my grandparents because they didn’t know how the system works. I called the captain and threatened him with a complaint, he relented, saying that he forgot to return the fifty rupees back to the elderly couple.

This is also one of the very commonly occurring problems with the drivers working with ride-hailing services (along with their attitudes). Summers are generally very hot in Pakistan and considering the recent heat wave I think nobody will be able to accept any excuse along the lines of ‘A.C is out of order etc.’ Same thing happened to me two weeks ago, when on a sweltering afternoon my ride (driver) told me that he cannot switch on the A.C because it isn’t in the company’ policy. Now correct me if I am wrong but the whole point of these (ride-hailing) services is to present an intelligent and simple solution to both consumers and car owners, not to bring them at each other’ throats.

Anyways, I emailed about this situation to the ride-hailing app, and the response is as follows. It only shows the lack of ethics and conduct from the drivers, who let the passengers suffer to save some fuel.

Last but not the least are the harassment cases on these services. It’ not like Pakistan is the only country to suffer from this curse, rather this attitude has been reportedly highlighted on the international media. There are many cases of Drivers harassing or even threatening passengers on social media and personal contact numbers. Some captains arrive late, or just cancel the ride. And in many instances, when a girl cancels or completes her journey, she starts to receive threatening messages from the drivers. 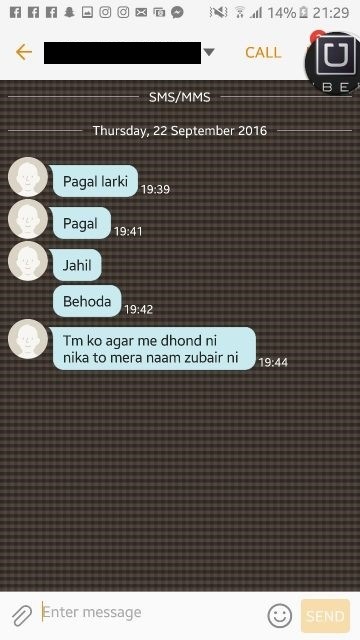 I can go on & on about these cases, but this won’t prove any point. Like I said at the beginning of my article, my purpose is not to tarnish the reputation of any company, rather it is to highlight these incidents and behaviors, which can be addressed more effectively. These ride-hailing services have changed the way we think about transportation and above all else, they have helped in providing employment to hundreds of Pakistanis. I personally believe that this success story can be further enhanced by conducting regular training on ethics and conduct, and the complaint system should be very quick and transparent. The convenience, safety, and security of the passengers should be a top priority for these ride-hailing services. Only then will they be able to win the confidence of the masses and the otherwise reluctant customers.

Why Hybrid Cars Are The Future Of Auto Industry?