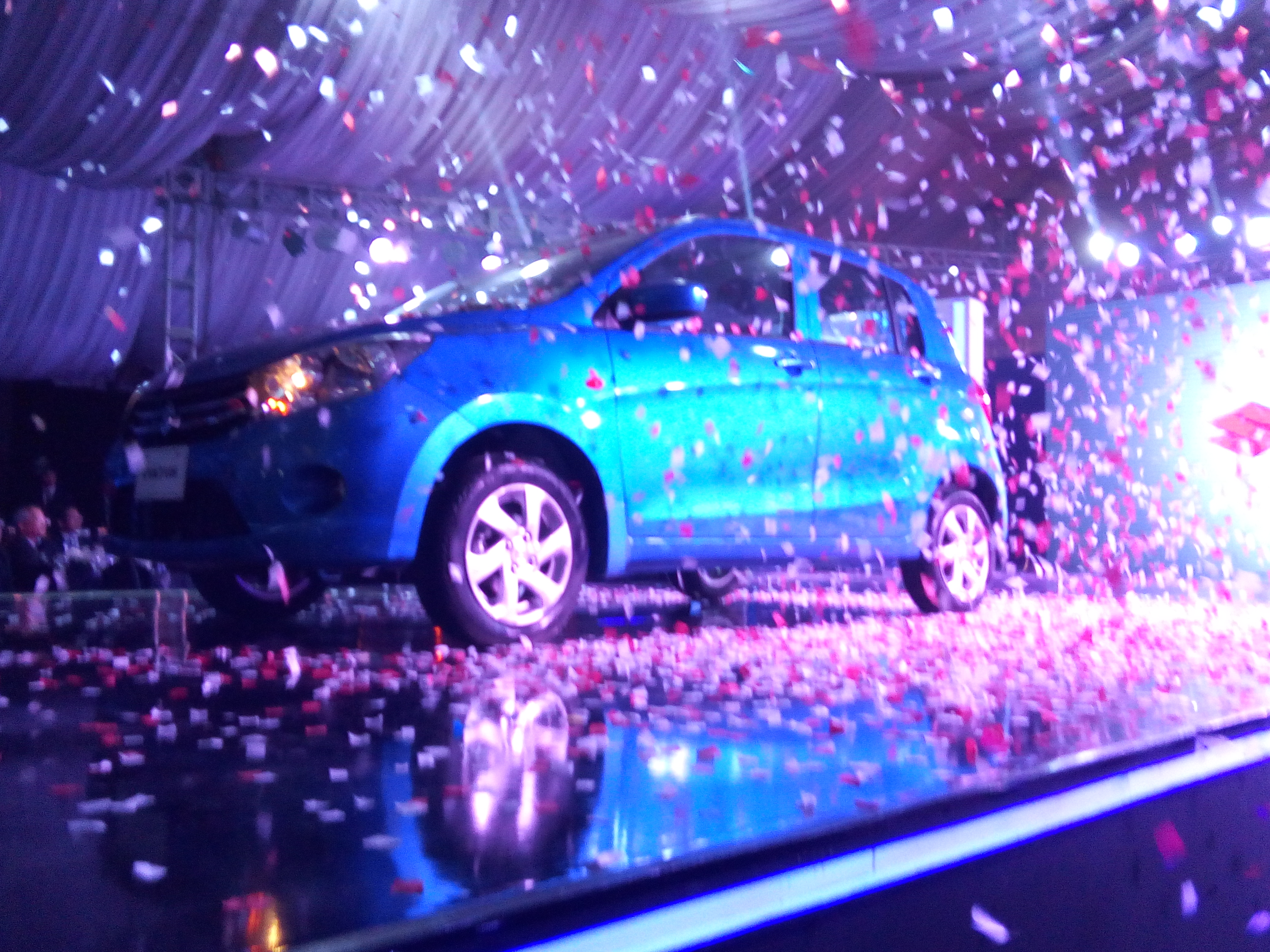 As it is common knowledge now-a-days, that the ‘New Cultus’ of Pakistan is globally known as ‘Celerio,’ but what many still don’t know is that this new Cultus is totally different from its predecessor. Not only does it offer more value to the customer through additional features, legroom, stunning interior, a healthy color range; but it offers a guaranteed performance with its K10B engine.

This new Cultus is directly competing with not only the existing product lineup of Pak-Suzuki -Wagon R & Suzuki Swift- but with imported cars as well, including Toyota Vitz, Passo, Mira and other hatchback vehicles.

Introducing a new car is always a very daunting task for any organization. However, taking advantage of its existing brand –Cultus- Pak-Suzuki has taken a very calculated risk to marginalize the chances of any backlash by opting the strategy of rebranding ‘Celerio’ into ‘Cultus.’ It’s a win-win situation really if you think about it, the customers will get a totally new car and the company will successfully add another vehicle to its product lineup.

Following is a chart comparing some features of the new Cultus in both India & Pakistan:

Though this new car is being appreciated but the skepticism about its price tag still predominates the minds of many. Pak-Suzuki has still not said a word about the automatic variant of (New) Suzuki Cultus but sources are indicating towards the possible launch by the end of this year.

The standard variant of the new Suzuki Cultus is leaps ahead of its predecessor as Pak-Suzuki has added immobilizer across both variants of this car. However, the absence ABS in Suzuki Cultus VXR is will yield disappointment for its customers. Let’ not forget that the absence of ABS & Airbags will put this variant in a competitive disadvantage as far as the imported cars (in this price bracket) are concerned.

Thanks to the Power Steering in Cultus VXR & electric steering in Cultus VXL, Steering adjustment and keyless entry; there are plenty of amenities to make driving easy. Both variants have been fitted with power windows, central door locking and very minimal blind spots as far as the driving is concerned.

In India, this car was offered six different variants on the basis of transmission, fuel and features.

Current ex-showroom prices (Approx) of both countries vehicles are:

At this point you might be wondering how is the price difference of 141,000 rupees justified in both variants of Suzuki Cultus? Is it just the airbags and ABS? As it turns out, No! Following is a list of features which differentiates Suzuki Cultus VXL from VXR:

So is this new Cultus worth all of the fuss? The price point is debatable but the features list is certainly impressive for a locally manufactured 1000cc hatchback.

Punjab Government to give 100,000 New Cars Under The Orange Cab Scheme