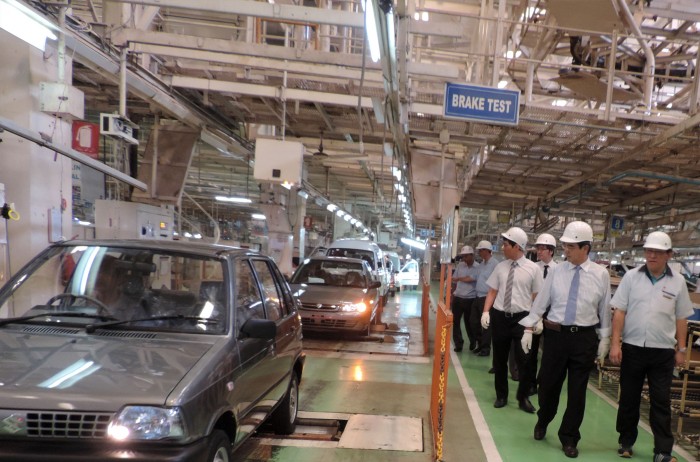 Associations is the pseudonym of mafias and cartels, a group of people who combined forces to work towards nothing but the interest of themselves. It will be wrong to just call the political parties associations designed to cater to the benefit of the few, in fact, everyone in this great country has created associations to eliminate competition, and create a monopoly. See how today there’s no opposition. They are taking turns as a result of mutual agreement.

Similarly, whether be it an association of an unknown apartments in the density of Karachi’s urban populace, or it is the Pakistan Automotive Manufacturers Association (PAMA). Everyone has become selfish, and that selfishness is bringing destruction on not just the fabric of our society, but the reason of lack of competition and economic development as well.

Kids developing as tomorrow’s adults, are slowly being fed that there is no other way for things to operate and will eventually become part of the broken system.

If one can sell a car, then it means there exists a market and companies will come to take a chunk of that market but in Pakistan, you can’t so easily. The mafias have influenced our policies so much that no one even bothered to follow the deletion policy for long before it was dysfunctional.

But we’ve often been asked, what is the reason why new car manufacturer do not step into Pakistan? Why? We have a market here, which is starved like an animal without the smell of meat for weeks or months.

The reason is simple. I have this association of all the auto parts under my control, and then there are the ones’ that I own.

This past weekend, IMC held an event to celebrate some milestone but amongst the crowd was a familiar face, the man who brought Pakistan its 4th ever car, and the first ever mass-produced car. He is the vendor to the automotive industry of Pakistan and when he began producing his car, pressure tactics began and the Big 3 shifted out their orders from his company and other vendors who were providing parts were forced to minimized orders from the Big 3 until the vendors had to apologize for not providing the parts.

Vendors don’t like this attitude but they would provide parts to whoever has the volume of course. And wouldn’t allow anyone to pressure them to not provide parts if the new automaker has volume to promise.

When new entrants come into the automotive industry of our country, they rely on government incentives and the local vendor base until they develop a good enough infrastructure and demand. But before that time, they have to rely on the existing vendor industry, which is highly controlled and owned by the existing manufacturers.

For example; the group which owns the largest auto assembler in Karachi, also owns the only company which manufactures the air-conditioning units for vehicles. So you can imagine what will happen when you go and ask a few units for your own vehicles. Of course, you can go to the toothless government for some pressure but still, you know, the time bomb is ticking, and there will be problems in your supply chain.

This is a country which provided armed forces personnel to all the GCC countries to aid their development; has produced tanks, armed drones,  fighter jets; albeit it may be able to just compare with the first few blocks of the F-16, however, it is more of an ambition than a weapon. Imagine, we are here today, where can we be later on.

In the case of our automotive industry, unless an auto policy and department is created to thwart the influence and monopoly to attract and help sustain new automakers, the results will not only benefit the consumers but the economy as a whole.