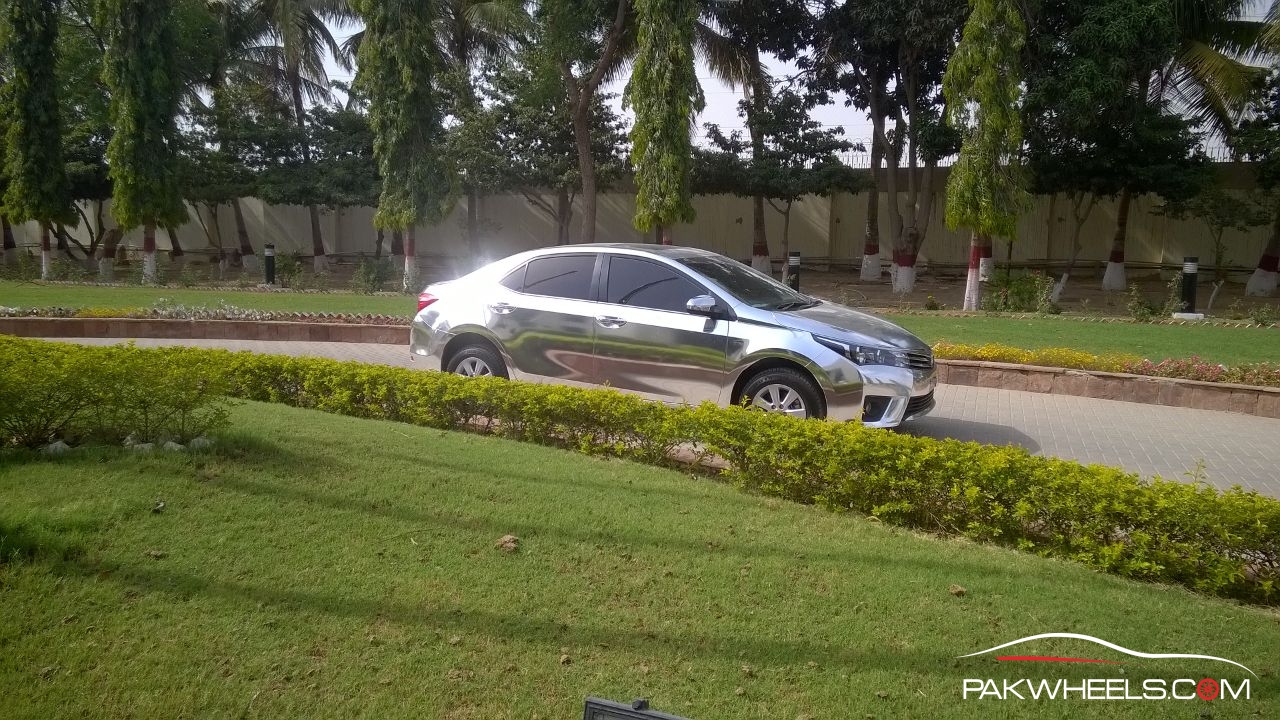 We spotted a lone silver-chrome Corolla making rounds of the internet while some team was busy giving it final touches. Unbeknownst to who was responsible for this car, we thought it may be some pop-star’s new vehicle of choice but as it turns out, it is in fact Indus Motors who made this “concept” vehicle dubbed “CCC” for “Chrome Corolla Concept” or simply; “Chrolla”.

I am just kidding, I made the Chrolla name up right now.

Anyways, Indus Motors was very kind enough to let us on the details of the Chrolla, which was wrapped by Custom Wrap Pakistan on behalf of IMC.

So while we thought that this concept would be a nightmare in the day for other people on the road along it; when the sun shines and reflects off it furiously; kind of like how Shara e Faisal reflects sunshine off the road, and in to your eyes, this concept though was developed as a mirror. So people can reflect their true-self in the Chrolla once they stand by it.

However, there is no additional update made to the vehicle except the wrap, and the car was just created as a concept vehicle, and wasn’t created for something specifically. But, the response was phenomenal as per Indus Motors, celebrities really liked the car  and took their photos with it.

However, the best thing we loved about it is the fact that Indus Motors took the initiative and developed something as a concept and admitted themselves saying, “These type of bold steps are normally not taken in Pakistan – whereas globally companies do – so we should encourage the creativity.”

Even though it isn’t the XLi that I suggested Indus Motors to build, but this is a step in the right direction so here’s hoping, they’ll also build my lightweight performance oriented XLi sometime soon.

You can go see this car at Toyota Central Motors where Indus Motors has it on display for public viewing. 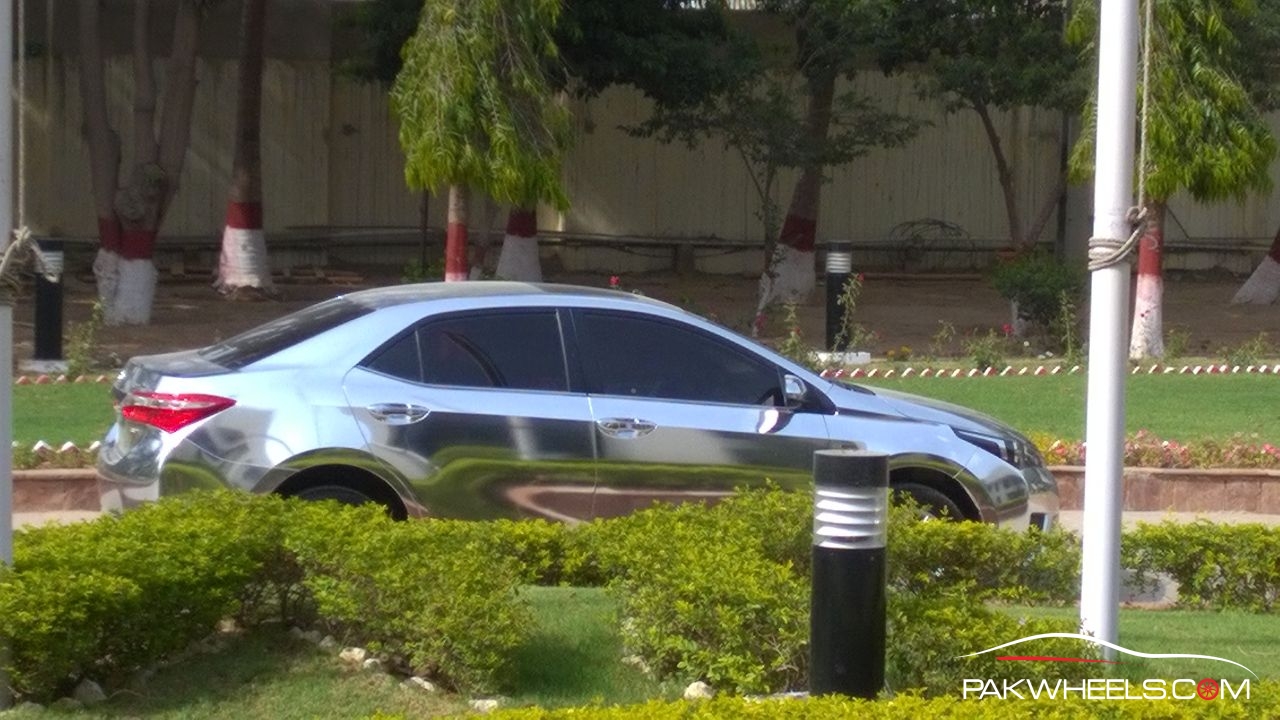 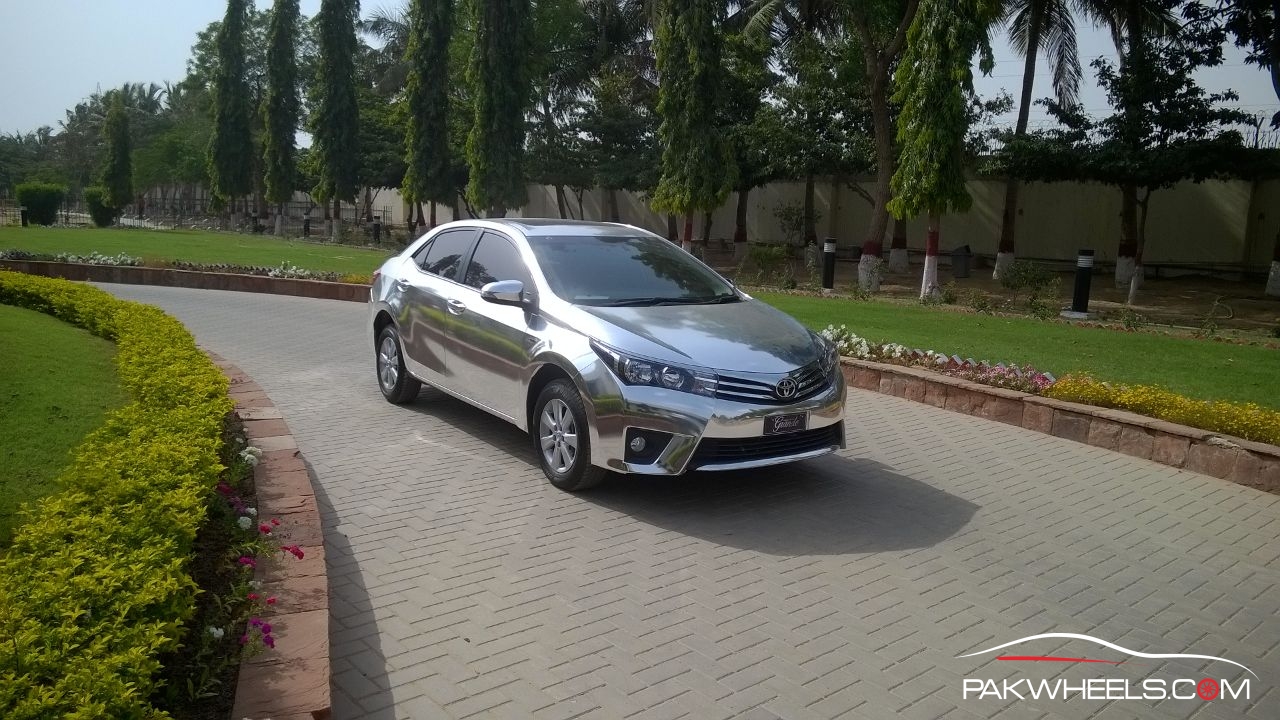