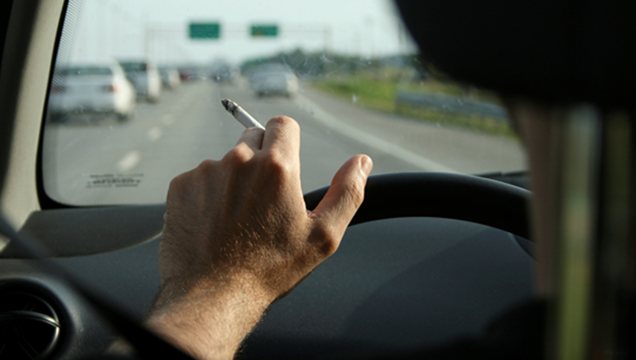 In our country, seeing people of all ages smoke cigarettes in their cars is a common sight. Probably we know many friends and family members (even you as well!) who smoke. Every smoker knows the link of smoking and various cancers, still they refuse to quit. The purpose of the article though is to raise awareness about the hazards of smoking in your vehicle especially. We know that smoking and second-hand smoke (Breathing in other people’s tobacco smoke) exposure is detrimental to health, but what about Third-hand smoke?

This is a relatively new term which describes the residual contamination from tobacco smoke that remains in the Room (or interior of a car) long after smoking stops and remains on our clothes as well after leaving place where smoking was being done. It may just appear to be characteristic offensive (at-least to me) smell of cigarette, but it also indicated the presence of tobacco toxins.

According to the ANR (Americans for Non Smoker Rights), Tobacco smoke is composed of numerous types of gasses and particulate matter, including carcinogens and heavy metals, like arsenic, lead, and cyanide. Sticky, highly toxic particulates, like nicotine, can cling to walls and ceilings. Gases can be absorbed into carpets, draperies, and other upholsteries. A 2002 study found that these toxic brews can then re-emit back into the air and recombine to form harmful compounds that remain at high levels long after smoking has stopped occurring. People, especially children can have considerable exposure to it.

As confirmed by the 2006 Surgeon General’s Report, there is no safe level of exposure to tobacco smoke. And tobacco smoke toxins remain harmful even when breathed or ingested after the active smoking ends. Children of smokers are especially at risk of third-hand smoke exposure and contamination because tobacco residue is noticeably present in dust throughout places where smoking has occurred. The homes, hair, clothes, and cars of smokers can have significant levels of third-hand smoke contamination. Young children are particularly vulnerable, because they can ingest tobacco residue by putting their hands in their mouths after touching contaminated surfaces.

Therefore to protect the health of yourself and your family, the best practice is to give up smoking. If it is a Mammoth task for you, then the best course of action would be not to smoke in your cars and home and protect your family from the harmful effects of smoking.