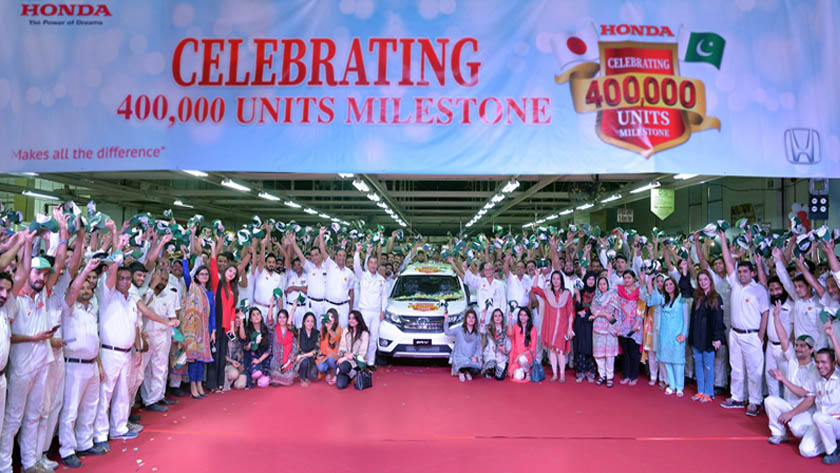 Honda Atlas Cars Pakistan Limited (HACPL) is celebrating a milestone by selling 400,000 units of cars in Pakistan. Honda Atlas, at the ceremony held in Manga Mandi, Lahore, celebrated the event by rolling out a BR-V that also happened to be the 400,000th unit of cumulative Honda vehicles.

“I would like to express my heartfelt appreciation to Pakistani customers for their trust and strong support, which made us achieving another important production milestone. We will continue to provide best quality products that go beyond the customers’ expectations.”

On this occasion, Honda Atlas is also giving extended warranty for Rs4000.