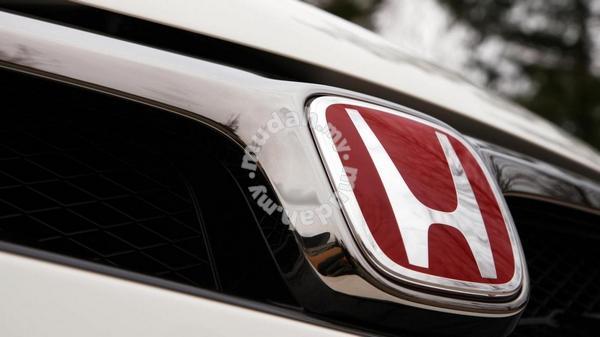 Honda Atlas Cars Pakistan Limited (HACPL) has yet again reduced the production of its cars for the month of September 2019 on the back of the continuous lack of demand in the market due to slumping economic conditions in the country.

According to the details, all the auto manufacturers in the country are struggling due to the economic crisis, which has resulted in declining car sales and hence low-profit margins. The automakers are keen to reduce their production or completely shutting down their plants for some days to clear their rising unsold inventories. Honda Atlas also observed only 13 days of production last month, and the same trend has continued during this month as the non-production days (NPD’s) have increased to 19 in this month. According to the stats released by PAMA, the car sales for Honda Atlas have gone down by more than 68% for its hot-selling City and Civic during the first two months of the fiscal year 2019-20. Moreover, the number of unsold units of Honda Atlas has piled up to 2000 units recently. All these factors have been the driving force in the company’s decision to reduce their production days.

The other two auto giants in Pakistan, Toyota Indus, and Pak Suzuki have also been suffering from similar sort of blows in the past few months. Recently, Toyota Indus announced to keep its production plant closed from 20th September till the end of the month. This rose the non-production days (NPD’s) of Toyota Indus to 15 in this month only. The company also observed 12 non-production days during the month of August 2019. The automaker’s sales majorly rely on its Corolla model, which also received a blow of 57% plunge in sales in the first two months of FY 2019-20. Its unsold inventories have also piled up to more than 3000 units across its dealership network. Despite an increase in its production capacity from 54,800 units to 65,000 units, the company is running its production plant at 50% capacity due to low demand in the market.

Pak Suzuki, however, has not yet closed its production plant in the recent months. Nonetheless, it recently notified its authorized dealerships across the country to temporarily suspend the bookings of some of its vehicles. The models among the temporarily suspended vehicles include Swift DLX, Vitara, Cultus VXR, Wagon R VXR, and Alto VX. On the other hand, the bookings for Mega Carry have been permanently suspended by the auto manufacturer. The suspension in bookings also means that the company’s inventories are piling up and it wants to clear them before producing more units. The all-new 660 cc Suzuki Alto is the main driving force for the company in terms of sales. As many as 8109 units of Alto have been sold during July and August of this fiscal year. The sales of the company’s top-selling Wagon R have dipped by as much as 71%. Only 1488 units of Wagon R were sold during the first two months of FY 2019-20 as compared to the corresponding period last year.

The entire auto industry is struggling, and the closure of production plants of these top auto manufacturers is not a good sign at all. A large number of workers have been fired by the auto companies as well as auto vendors linked with them. The government needs to take necessary steps to revive the auto industry immediately. The additional taxes and duties imposed by the government, including the Federal Excise Duty (FED), shall be withdrawn by the government. The imposition of 2.5% – 7.5% FED has been the major reason behind the rising car prices apart from the sharp depreciation of rupee against the US dollar in recent times.

Drop your valuable thoughts in the comments section below. Stay with PakWheels for all the automobile-related updates.

Vehicle inspection made mandatory on new registrations in Islamabad

Government to bring online car dealers under the tax net