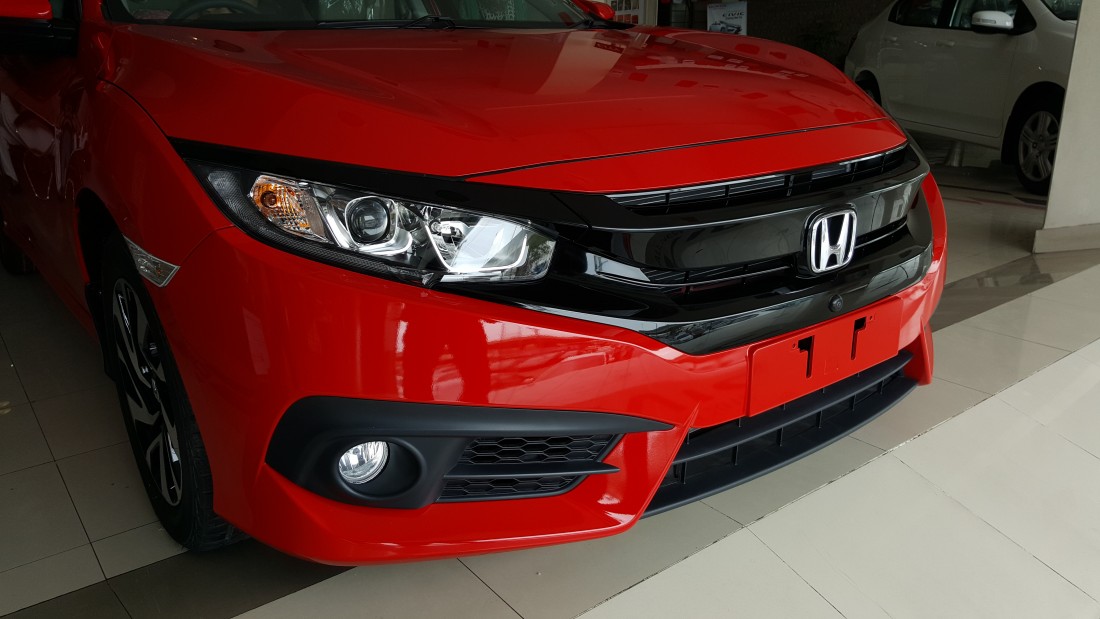 Honda Civic X Features that Never Made to Pakistan

The new Civic has raised the bar for locally assembled cars. The new benchmarks include Turbocharger, Remote Engine Starter, Auto Unlock and few others. Although these are highlights for the Pakistani market, the internationally assembled cars have had these features for many years. In fact, there is still a long list of features that never made to Pakistan. The following list explains some of the features available in USDM civic.

Tire Pressure Monitoring System (TPMS) – Standard on all models. Sensors measure rolling radius and rotational characteristics of each wheel and use it to determine if there is an issue with tire pressure.

Side Curtain Airbags with Rollover Sensor – Standard on all models. Enhanced safety and occupant protection with side airbags in case of side collision impact or vehicle rollover.

Forward Collision Warning – Standard on EX (Oriel) and above. Special camera in front of the windshield alerts the driver if there is a possibility of a collision with the car in front.

Collision Mitigation Braking System (CMBS) – Standard on EX (Oriel) and above. It is an extension of the Forward Collision Warning (FCW) system. If a collision with a vehicle in front the car is imminent, the system automatically applies braking to avoid or reduce the impact of an accident.

Lane Departure Warning (LDW) – Standard on EX (Oriel) and above. This system warns the driver if he/she accidently veers outside the lane markings and tightens the power steering control.

Road Departure Mitigation System (RDM) – Standard on EX (Oriel) and above. It is an extension of the Lane Departure Warning (LDW) system. If the driver goes off the road by crossing solid line markings, the system applies braking to prevent or reduce the impact of an accident.

LED Headlights with Auto-On/Off – Standard on Touring model. It uses state of the art headlight technology that has excellent illumination. Unlike HIDs, they come on instantly and have up to 10 times longer life.

Some other features available in USDM model that deserve a mention include:

17-Inch Alloys – Standard on EX-T (VTEC Turbo) and above.

Fin-Type Roof-Mounted Antenna – Standard on EX-T (VTEC Turbo) and above.

Body-Colored Decklid Spoiler – Standard on EX-T (VTEC Turbo) and above.

These are just some of the features, which are available as a standard on USDM models. There is still a whole list of optional extras that have not been covered here in Pakistan. This is not just limited to Atlas Honda; it is a similar story with other local assemblers as well.

Is the Pakistani market too immature, our road conditions too poor or is it just Atlas Honda, Toyota Indus and Pak Suzuki amongst others exploiting customers?

5 Things You Need to Avoid in Automatic Transmission Vehicles

What is a Catalytic Converter and What Does it do?