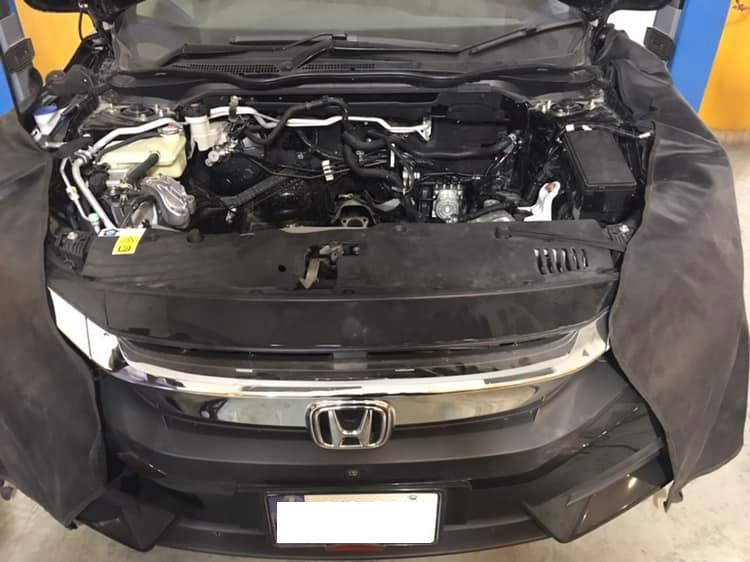 The story of Honda Civic X breaking down after running for only 951 km is creating a lot of buzz on social media. PakWheels.com consider itself to be the voice of consumers and therefore we reached out to the owner of the car to know the exact details of what happened and what did he do in this regard.

The car owner of Civic X, Mr. Adnan Anjum told PakWheels.com that he bought Honda Civic almost a month back and it broke down after been driven for only 951 Kms. He called up Honda, however to no avail. He further said that he even contacted the sales department of the company via email, but no help came. According to him, the day he bought the car, oil was leaking from it. He, however, didn’t make a big deal out of it.

When the car broke down, Mr. Anjum kept contacting Honda and finally got through one of the managers, who according to Mr. Anjum refused to help. Mr. Anjum warned Honda that he intends to take the matter to court, to which the manager allegedly replied that Mr. Anjum was free to do so.

Furthermore, while talking to PakWheels, Mr. Anjum said that he was severely disappointed by Honda’s customer service and that there is no quality check which the company follows for its products. He said he paid Rs.3 million for a bad product. He also claimed, quoting one of Honda dealership engineers that the company is selling refurbished vehicles to its customers as they take more orders than they can deliver.

Moreover, Mr. Anjum reiterated that he isn’t the only one facing this problem. Once again quoting the Honda engineer, he asserted that there are many Honda owners out there who have faced the same problem.

In addition, to his car dying, Mr. Anjum also said that there were other problems with the car too. For example, Honda X’s boot and doors don’t open and close smoothly; there’s a lag in its power windows, etc. When asked where his car was now, he said he has parked it at the Honda dealership he had bought it from.

In keeping with good journalistic practices and ethics, PakWheels also contacted Honda Motors for their version.

According to Honda, Mr. Anjum visited Honda for his car’s first free inspection. Oil seepage from the cylinder block was diagnosed. The technician reported the same to HACPL and when he inspected the engine, seepage was found to be from the backside of the engine, between the engine head and engine block, the upper side of the lock net. No other problem was found in the car. Its engine oil level was fine.

Furthermore, Honda asserted that the oil seepage was so minute that it was hard to locate where it was coming from. Also, if Mr. Anjum had witnessed seepage from day one, he should have notified Honda at once and shouldn’t have waited for his car’s first free inspection.

Regarding Mr. Anjum’s allegation of Honda selling refurbished cars as brand new, Honda replied that Mr. Anjum’s car’s case was a one-off matter, which was resolved in a timely manner.

Readers, it is very easy to accuse someone of something without thinking twice of the consequences. All it takes, nowadays, is a click to ruin someone’s reputation. However, PakWheels.com being a responsible medium of automotive news dissemination only reports and publishes both sides of the story. Now it is up to you to decide who is telling the truth in this matter.