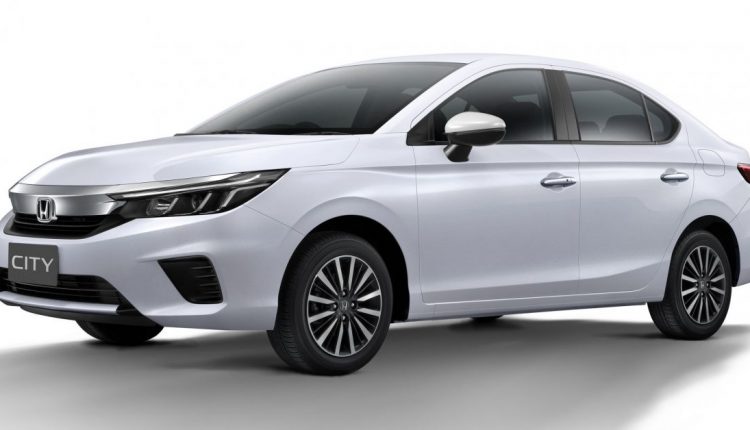 Honda has revealed all upgraded specs of sixth-generation City car in India. The new model will come in both petrol and diesel engine and has more technological features. The vehicle is also larger as compared to its predecessors. The company is all-set to launch this new variant next month in the country.

Honda has based this City on its latest “Newly Designed Platform”, making it lighter, rigid and safer than the outgoing model. The platform also said to increase car’s NVH level and driving dynamics. The new dimensions of new 2020 Honda City are 4,549mm in length, 1,748mm in width, and 1,489mm in height. The car has 2,600mm-long wheelbase, which is identical to the last model. Meanwhile, the new model is 109mm longer, 53mm wider but 5mm shorter to the old variant, with a truck capacity of 506 liters.

The manufacturer has upgraded the interior of this new vehicle significantly. The new model will come with 8-inch touchscreen compatible with Apple CarPlay, Weblink and Android Auto. The car also has Honda Telematics System with 32 connected car features, 7-inch MID, and Alexa remote capability, which will be launched in India for very first time.

As mentioned earlier, the new City will come with both petrol and diesel engine. Firstly, the sixth-generation has acquired BS6-compliant petrol engine. This unit displaces 1.5 liter which puts up 145Nm of torque and 121hp, with an increase of 2hp. Honda has installed a double Overhead Camshaft (DOHC) valve gear setup.

This petrol variant has two options of gearbox including a 7-step CVT automatic and 6-speed manual transmission. This new City Petrol does 8.4kpl with the CVT auto and 17.8kpl with the manual.

The diesel engine has make this model only second Sedan variant in this segment. This engine still has 1.5-liter unit like older version. However, the new engine is upgraded to meet BS6 standards with the assistance of NSC (NOx storage catalyst) and DPF (diesel particulate filter). This unit produces 100hp and 200NM of torque. The company has mated this engine with a 6-speed manual gearbox. However, Honda has not offered diesel-CVT auto transmission in this new model.

The company is planning to launch this new vehicle in July and prices will also be announced in the same month. The market analysts said new City will cost a premium over the current model, which will remain in market alongside latest launch.

As company is preparing for this new launch, however, situation in Pakistan is totally different. Honda has not released even a single next generation in last decade. Since, 2010, the local consumers are driving the old fifth-generation. The manufacturer company has only offered repeated facelifts on current model to Pakistani consumers. Despite, all these shortcomings, the price of Honda City in the local market has remained quite high.

Comparison Between Pakistan and India:

According to the company, it will launch its 6th generation in Pakistan in 2021, which we think is very late for local consumers. This approach by Honda has pushed local market years behind, comparing to global customers. 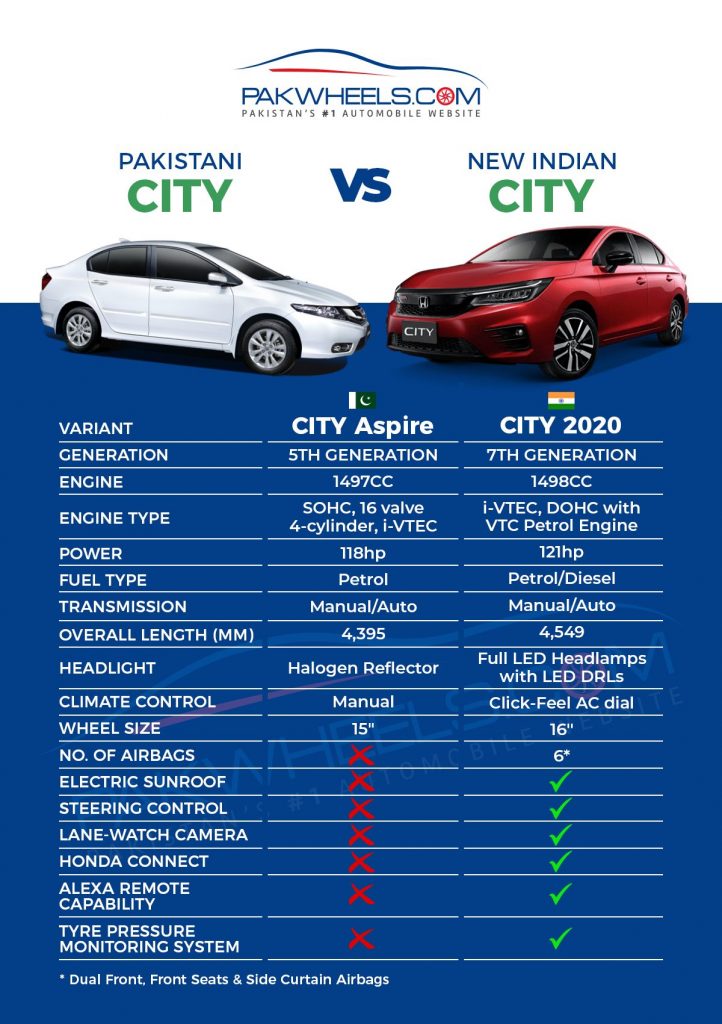 Honda is releasing new generations and models across the world, including our neighbor India. The company is all-set to launch its sixth-generation in our neighboring states. However, situation in Pakistan is altogether different. The company has given nothing new to Pakistanis in relation to new generation or model. Keeping the demand of Honda cars in Pakistan, the company need to adhere of domestic customers and must keep Pakistani market updated in accordance to its global models and latest launches.

Recommended For You: The Upcoming Honda City In Pakistan

Crisis of New Computerized Number Plates is Over!