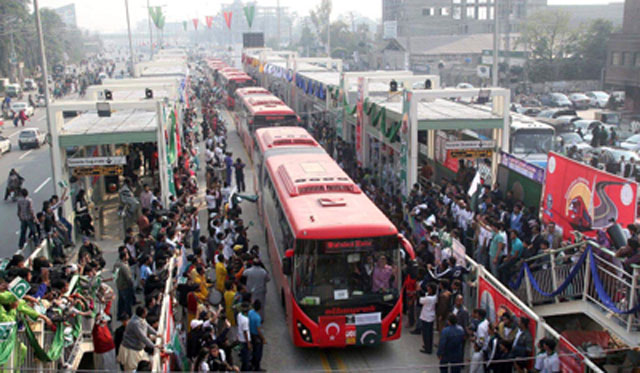 There is no way you can compare the roads and transport system of Punjab to that of Sindh. Like literally if you travel by road from Karachi to Lahore you’ll realize it. Roads almost all around Sindh are rugged and once you feel your car is on straight and smooth roads you should know you’ve entered the territory of Sharif brothers.

The transport mafia has had enough of the civilians’ blood and it’s time that government takes action against them and improves the transport system. Thousands of people travel in these local buses daily and there are numerous life taking incidents which are not even shown by our typical and selfish media.

It is true that there are many other major issues such as energy and water crises that need to be resolved first but a proper transport system will also help the country in many ways.

Sindh is probably unfortunate to have lethargic and unwilling ruler’s such that they cannot even complete the Lyari expressway. I know a lot of people who are happy for the fact that they can reach from one area to another using Lyari expressway in like 20 minutes but yet again they need to take routes which are congested back to their homes because one half of Lyari expressway is still incomplete.

Still, our hopes are high for a better Pakistan with better transport system and no energy, water, food and security crisis.