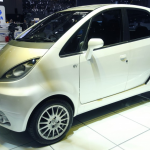 India is the second largest population in the world with more than one billion people, following behind China. In an unprecedented move, in an impoverished Rajasthan state, authorities are offering villagers the chance to win cars, motorbikes and even fridges if they volunteer to undergo sterilization.

AFP talked with Mandoori who volunteered to do it, also an impoverished mother-of-two shakes as approaches the operation theater however, she says”I thought that my operation could be done, and at the same time I could also win a car. That would be good.”

Even though the operation is free and men are paid USD 21 while USD 11 are being paid to women but still not everyone is cashing the opportunity given by government.

Dr Prakash Sharma, Additional Medical Officer said, “In some cases, men say to women ‘if you want to get the operation, get it done yourself. I won’t do it’. Women think that ‘I’m the one who’ll suffer for a lifetime with lots of children, so I should get it done.”

Some blame India’s disastrous population policy from the 1970s when poor men were forced into sterilization while others blame popular myths about the procedure.

Ram Kishore Jangir, farmer said: “Men have to work hard physically, and if something goes wrong he would become weak. Because of this, people prefer to get women sterilized.”

The operation may be crude and the facilities rudimentary, but women are lining up.

With India’s population set to overtake China in just 20 years, they know that they will have to carry the burden of the nation’s children.