You might have heard many times that an airplane was struck by a flying bird, but can you imagine if the bird was replaced by an animal such as buffalo?

Spice Jet’s Boieng 737 had to abort take off in Surat, India when a buffalo from the river came on the premises of the airport and collided with the plane on the speedy runway, causing damage to the outer body of one engine. It is reported that the airport traffic crew could not see the 1000 pounds animal because the color of buffalo was matching the color of the runway, acting as a camouflage. 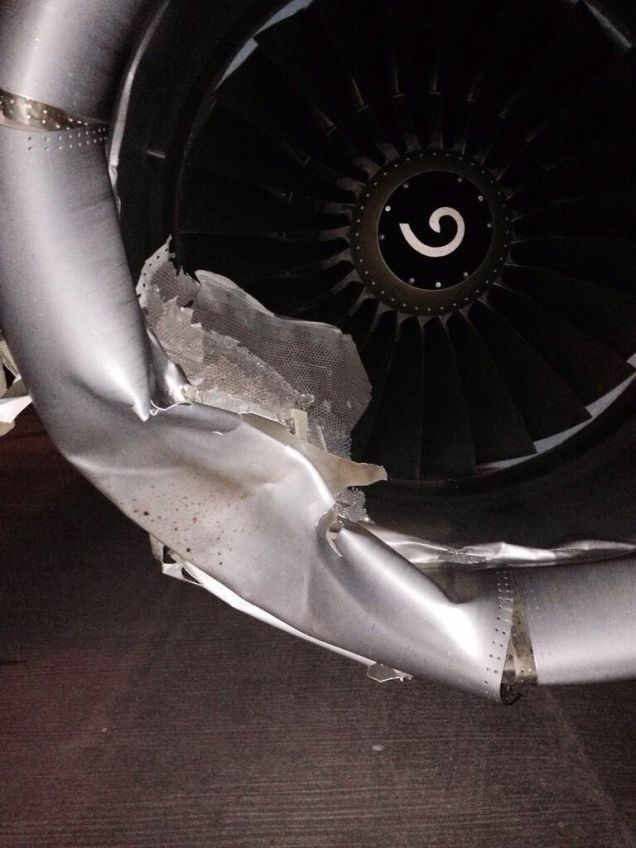 Reports say that the animal was killed, but all the passengers and crew on board remained unharmed during the fiasco. Spice Jet describes stray animals as a “growing menace at some airports”.

One of our aircraft hit a large stray animal on take-off roll at Surat airport a short while ago. (1/2)

All passengers and crew safe, stray animals a growing menace in some airports. (2/2)

Similarly in August 2013, a jet of Lion Air carrying 117 passengers collided with a cow while landing at an airport in Indonesia. Fortunately, there were no reported injuries. The pilot shrugged the incident saying he did not like beef barbecue in the engine.

BBC reports that incidents like this are very common in India and snakes, foxes, monkeys, dogs, peacocks and other stray animals have caused significant inconvenience recently in the country.

Redbull does not always give you wings, sometimes it takes your engine as well.