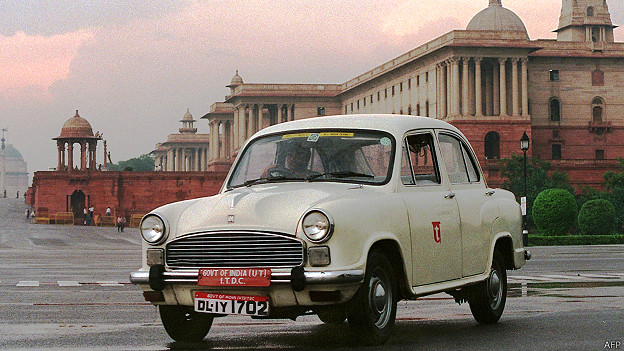 For the past five decades or so, Hindustan Ambassador may look like timid but you can comfortably claim for it to be India’s most powerful car. How? It has been the official car and an identity of politicians and governments employees in India. However, the vehicle which has been in production since 1957, has just been suspended from production indefinitely due to low demand.

Hindustan Ambassador was based on Morris Oxford, and the reign of the car has now come to an end. Hindustan Motors, which produced the car was one of the leading automotive companies in India but due to a variety of factors including, low production, demand and heavy loans on company, the Kolkata factory of Hindustan motors could not go on to further produce its oldest car and pulled it off the assembly lines.

The company has also sacked all the employees working in Bengal’s factory as well, where two thousand five hundred number of labor were let go from the factory without paying them wages. An official from Hindustan Motors told news agency that Hindustan motors has been shutdown because the company was not generating profitable revenues.

The car which was the symbol of power India for a long time, and due to its power symbol, help the militants get across checkpoints to attack the parliament building in 2001. But the car had great setbacks, with new cars from the world over, foriegn and local automakers looking at India as one of the largest car markets, Hindustan Motors who once used to sell 24,000 units an year in the 80s, dropped to only 6,000 units per year in the 2000s.

Indian automotive designer, Dilip Chabbria, who is the Chief Executive of the DC Design, told Times of India that if the Hindustan Motors had continued to evolve the Amby (Short for Ambassador), it could’ve been the Rolls Royce of India.

Ambassador car never changed its design in five decades and looks as same as you saw 50 years back. And thus, the reign of India’s most powerful car, the Hindustan Ambassador has come to an end.

Under public insurance policy, fatal rail and road accident victim’s family can get one lac rupees