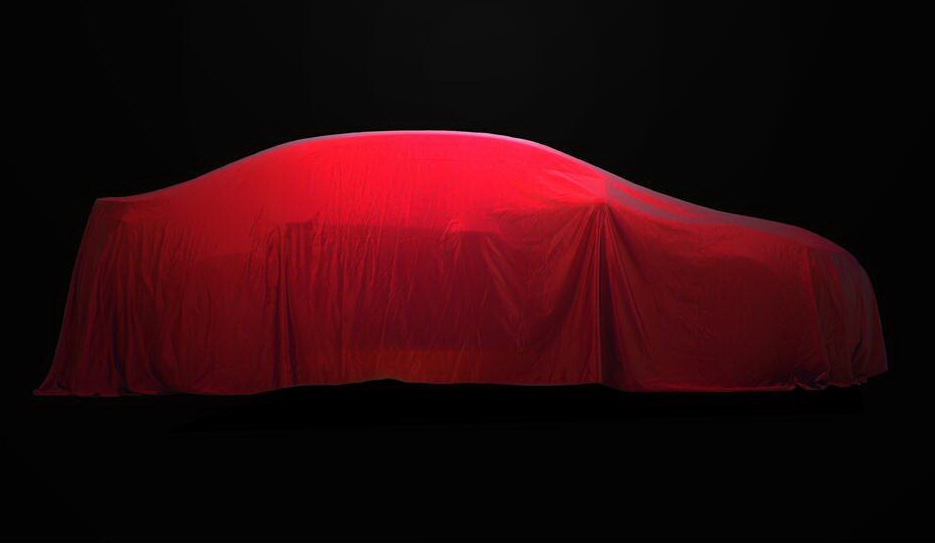 GOOD NEWS! people of Pakistan, the new model of your favorite vehicle has just been announced by Indus Motors. Exciting times ahead as the world’s most boring car, yet the best selling vehicle of the world and Pakistan (while this is debatable), will be revealed in sometime around mid-July as we had said earlier.

Indus Motors has published an announcement while also delivering a teaser, which is more of just a ‘letter-to-the-editor’, because the image on the right is off the new Thai/middle-east version of the new Corolla which is coming to Pakistan, in the press release but, noticing it after looking at it for the third time, for those who don’t know, it is the upcoming new Corolla.

While talking to the public in this ‘Personal Letter’ published in the newspapers, CEO of Indus Motors wrote that the current model’s demand is faring well despite the news that a replacement is coming. This has been the case with the last two models of Corolla, the demand never ceased or fell down when their replacement was close to introduction.

He further said that people should be patient with deliveries and must not pay ‘own or/premiums’, as it will take time to get the supply of new Corolla aligned with demand.

That’s a good call as everyone from PakWheels community believe that premium, is just another type of extortion on buyers to get something faster than others if you can’t be patient.

Here’s the actual image of letter to the public: 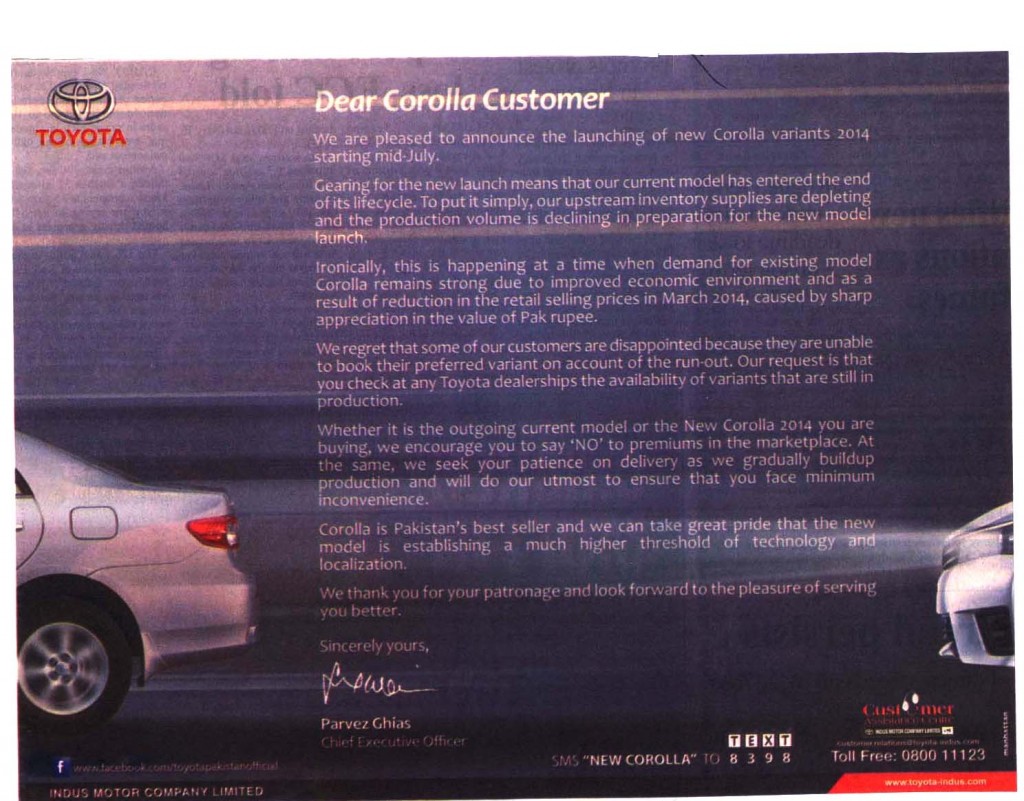 The title image is of the teaser published by Toyota in Australia for the new Corolla, while the image below is by Toyota Canada’s teaser for new Corolla. Just to show what a teaser is. 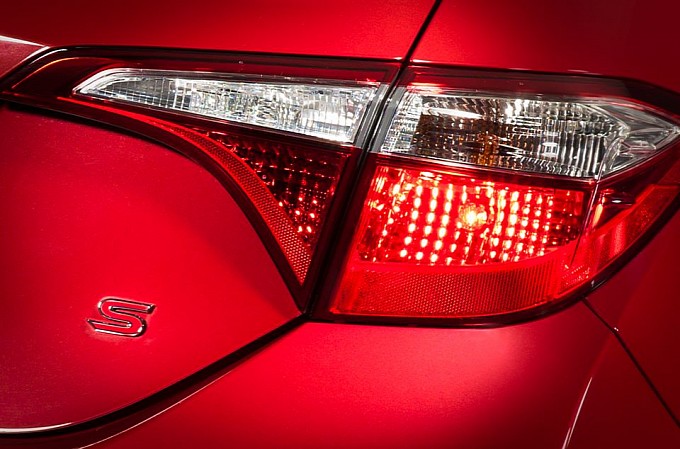 And here’s a teaser published by Honda Malaysia for the new City: 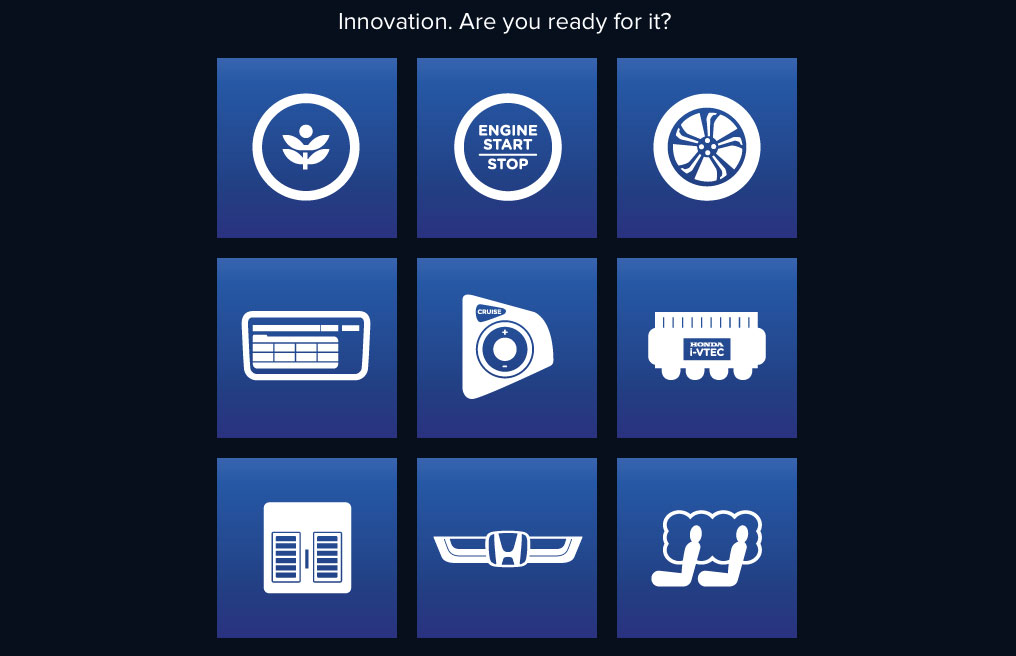