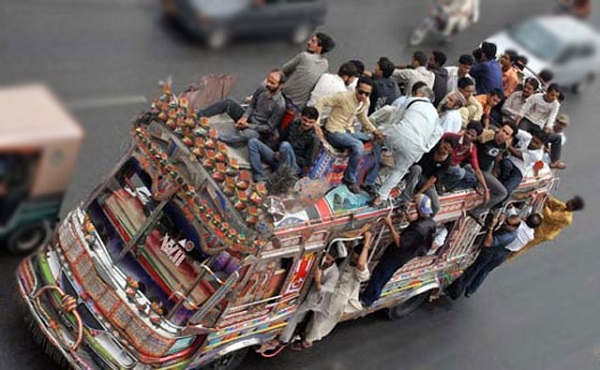 Karachi Public Transport is ‘Worst in The World’

International acclaimed magazine Bloomberg has declared the public transport of Karachi, worst in the world. According the magazine, the political indifferences, corruption and lack of infrastructure have brought the system to this point.

The report mentions the transport system in metropolitan was once among the best across the globe. “A circular railway track had encircled the metropolitan city, providing daily commute to the masses,” the report said. It added that the mismanagement and clashes of interest led to the death of that system and development in the city in the late 1990s.

The railway tracks become the home of illegal slums with people moving from smaller towns to earn more. “Karachi is yet to find a humane way to address land encroachment, the magazine wrote. Additionally, the government has to do it  without incurring immense political blowback,” the magazine wrote.

Quoting a report of 2019, the magazine wrote that 42% of Karachi’s commuters rely on the decade-old, overcrowded buses. These buses use the roof as the second deck of passengers at times, it further said.

Arsalan Ali Faheem, a consultant at Mary-land based company DAI, told the magazine that Karachi, despite its importance, is a political orphan. “The federal government’s role is limited, while the city government controls less than a quarter of the city,” he said. This means that problems of Karachi belong to everyone and no one.

Last year, the federal government of Imran Khan announced Rs 162 Billion for mega projects including transport. However, the city officials claimed that they didn’t get any funds earlier this year. Meanwhile, the federal government said in response that it had spent Rs24.65 Billion up to June,. “We will allocate Rs17.9 Billion in the current fiscal year,” the ruling party said.

What are your thoughts about this report?