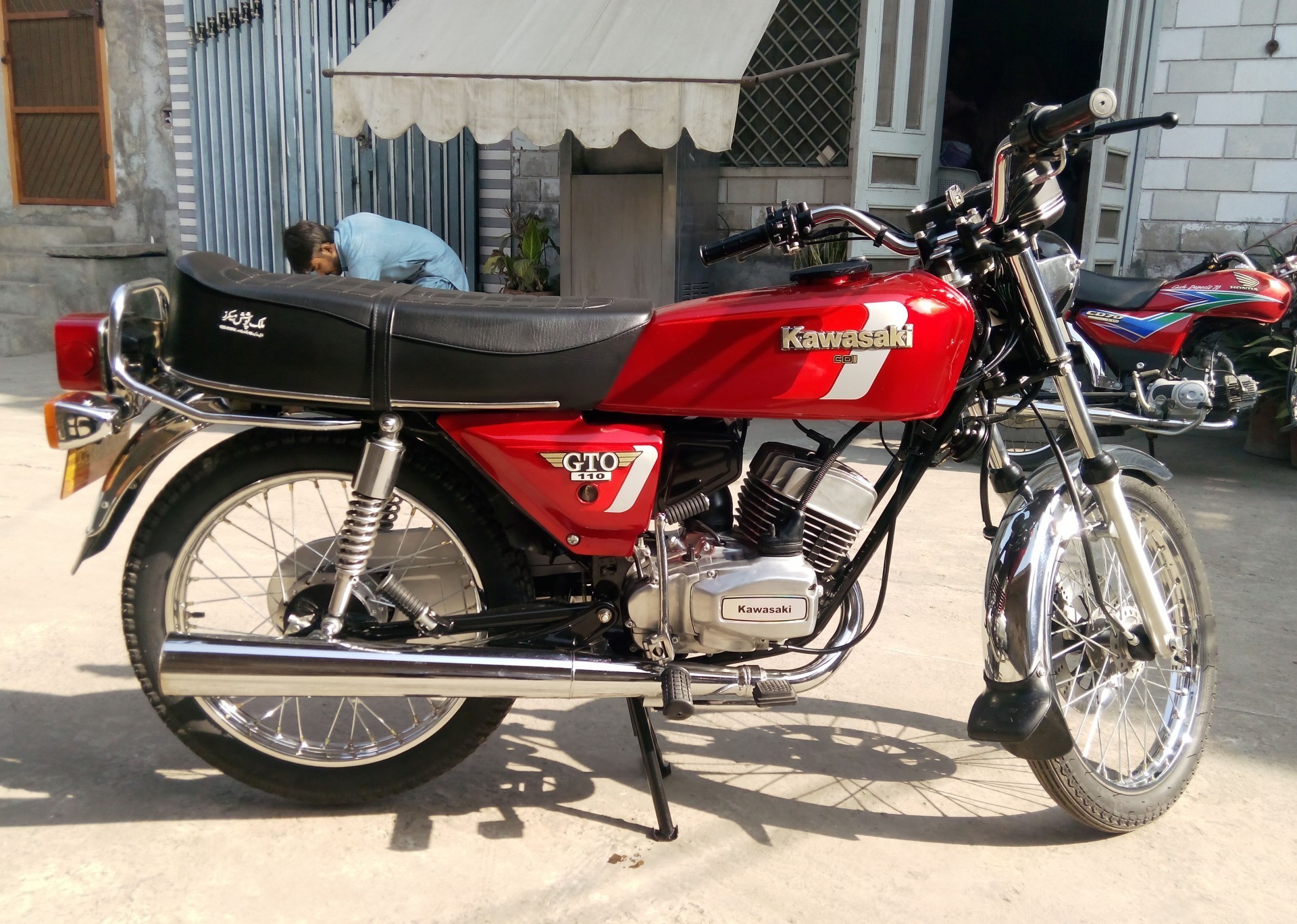 Why Kawasaki Disappeared from Pakistan?

In the year 1982, Saif Nadeem Kawasaki Motors Limited was registered at Lahore Stock Exchange. For those of us not familiar with the SNK GTO motorbikes, I thought to write something in the remembrance of the Kawasaki bikes in Pakistan. The company’s first assembling plant was established at Sakkha Kot, Mardan in 1977, which was later shifted to Haripur.

In-house parts manufacturing started in 1983 and the motorbikes offered by the company gained 86% of the localization by 1987.

It has been more than 23 years already since we last heard from Saif Nadeem Kawasaki. The 1993-94 were the last models, which came out of the factory. But the bikes they gave Pakistan were highly appreciated by the nation. Even today, people who are lucky to own these machines, really appreciate them for their performance and representation of a bygone golden era. I was lucky enough to drive a Kawasaki GTO 125 for a couple of years and I must say that it was old (rusty) looking thing, but the ride quality and its drive was superb. The best thing I liked about this motorbike was the security feature of its kick stand; just pressing the clutch once brought the stand upwards in a folding position, which meant no tucking it up manually and no risk of an accidental mishap on the roads. But this feature often yielded the clutch cable snapping issues in the Kawasaki GTO bikes.

As a Kawasaki enthusiast, I often wondered about the sudden disappearance of the brand from Pakistan. Initial rumors were all about the bikes being too fast for the Police to chase them. But let’s be honest. A 125 cc, 2-Stroke bike can only achieve so much with some modifications in its section plate and petrol flow increase from the carburetor. So I started digging for this info on various platforms. Surprisingly I found out that Karachi Stock Exchange (KSE) delisted the Saif Nadeem Kawasaki Motors Limited (SNKA) on 2/6/2014. Followed by Lahore Stock Exchange (LSE), which exercised its powers vested under Section 9(4) of the securities and Exchange ordinance, 1969 and Listing Regulations of the Exchange; decided to delist Saif Nadeem Kawasaki Motors Limited from the Ready Board Quotation of the Exchange.

Don’t get me wrong, but this discovery of the company’s delisting made me even more curious, which eventually led me to discover that these ‘Delisting’ orders were the directives received from Securities and Exchange Commission of Pakistan (SECP). Winding up petition Under Section 305 and 309, which were filed in 2003 in the Peshawar High Court Bench. Furthermore, two of the company’s directors were also convicted by National Accountability Beauru (NAB) on 15 February 2000, Under Section 31A of NAO with the allegations of wilful bank defaults. And then, there is the fact that banking tribunal ordered auction of the unit. According to my information, this auction was carried out thrice but the bid was not up to the mark.

All this attempt to dig out the information only spelled bad news for the Saif Nadeem Kawasaki. Nobody appreciates the bank and tax defaulters, but as an automobile enthusiast I often wonder about the ‘Kawasaki’ brand being reintroduced in Pakistan. After all, ‘Yamaha’ took a new leap by introducing YBR125, so what about the new and modern Kawasaki?

Do share your feedback on this little attempt to remember Kawasaki GTO by a fan!

Toyota Land Cruiser through the Years