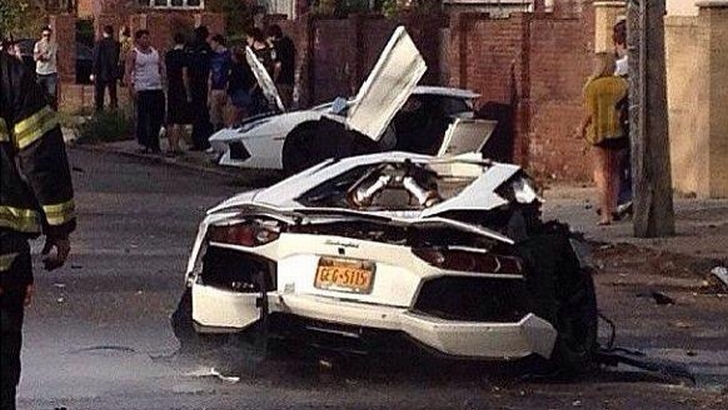 This weekend in the Brooklyn, NYC, a Lamborghini owner was speeding in his Aventador when at a stop-sign intersection, a Mazda was coming from the other side, the Lambo driver didn’t slow down and was too late to notice the Mazda. Lambo driver quickly turned away only to go sideways into a tree, splitting the car into two pieces. Two very accurate pieces.

New supercars are engineered in such a way that upon such impact, the main cell of the driver and the passenger dissipate the impact shock away from the driver’s compartment so the driver’s cabin is kept intact and passengers safe.

That’s how the driver of this Lamborghini, was walking around the crash completely unscathed by the accident as the car instead of wrapping itself around the tree and killing everyone, it broke into two pieces just as it hit the tree sideways.

But what do you call the Aventador now? Justador. 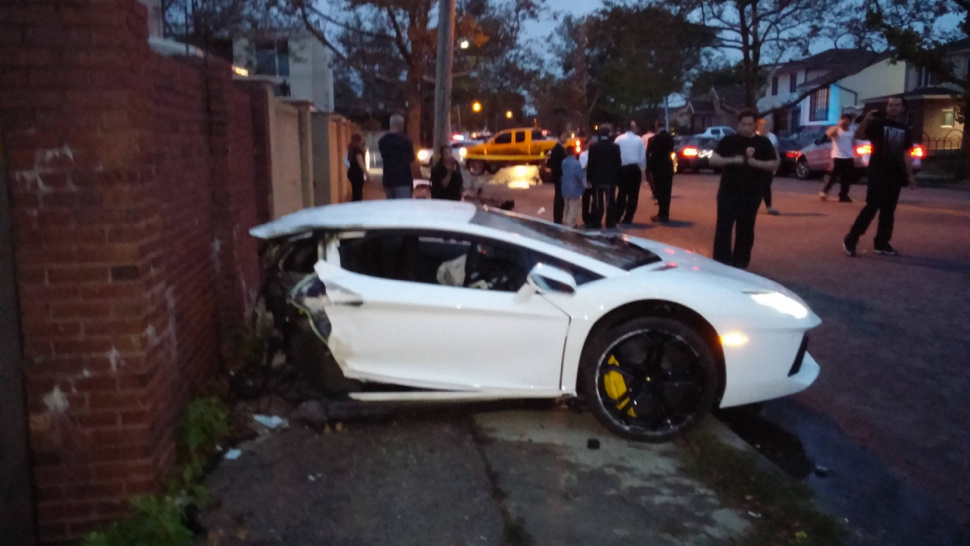 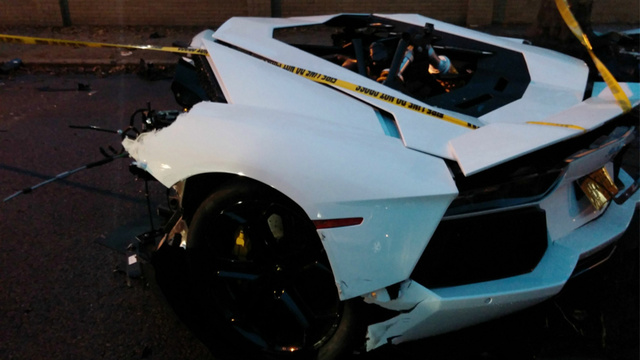