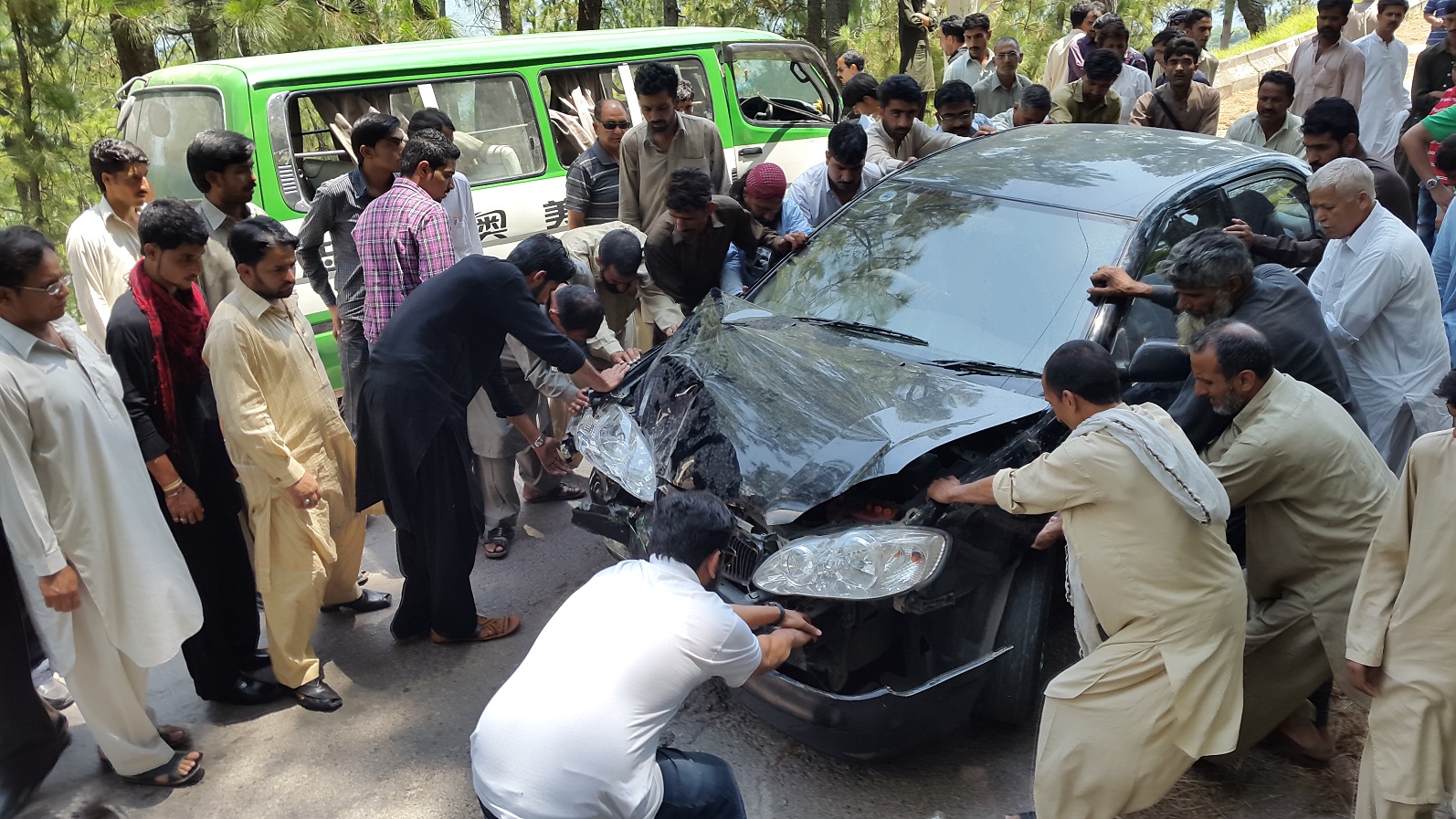 A lesson why one shouldn’t speed in hilly areas

A few days ago I was in Murree enjoying with my friends. From there we were going to Ayubia when I witnessed this accident. The accident occurred just a few seconds before we became witnesses to its aftermath. It is being shared for awareness and to raise a few points which will be discussed later.

The accident occurred like this: Two cars, both Corollas were going in the same direction. Both were colleagues and with their families. Now the grey Corolla tried to overtake the black corolla on a turn, where a cow awaited the drivers in the blind area. The grey Corolla person applied brakes and turned to right, hitting the black corolla from behind. As a result the black corolla spun out of control and hit a Hi-Ace coming from the other end. The result:

I came out of the scene and rushed to the spot, thinking someone might be hurt. But thank the Almighty, everyone was alright except for minor injuries. There was a baby though of about 1 year ago in the Corolla who had blood in her mouth. Her mother also had a few scars on her faces but was worried about her daughter. Thankfully it was just a tooth cut and nothing major but most probably the mother wasn’t wearing seat belts and the baby was in her lap, thus the injuries.

Here, another disappointing thing to mention. Even though the Corolla owners admitted their mistake and were offering to pay the Hi-Ace driver (A Local person), still he was adamant that they do not go anywhere. He even did not agree to move the car sideways, and kept on saying “Police jab tak aa k khaka tyaar ni kerti gariyaan yunhi rahaingeen (Not unless police comes and make a sketch of the accident)”. Due to the accident, road got blocked and cars piled up on both sides, still the Hi-Ace driver did not budge.

I, along with many others requested the Hi-Ace driver to take a picture of the accident and show it to police when they arrive, but atleast move the cars to sides so that other cars may pass. After quite some time he agreed when finally a police person arrived.  People dragged the black corolla to the sides and the journey resumed. Here I would like to emphasize on some points

With all this, my request for people is to drive slow and sensibly, and safely (which especially includes point 4 and 5). So you can enjoy your vacations in hilly areas during these hot summers. 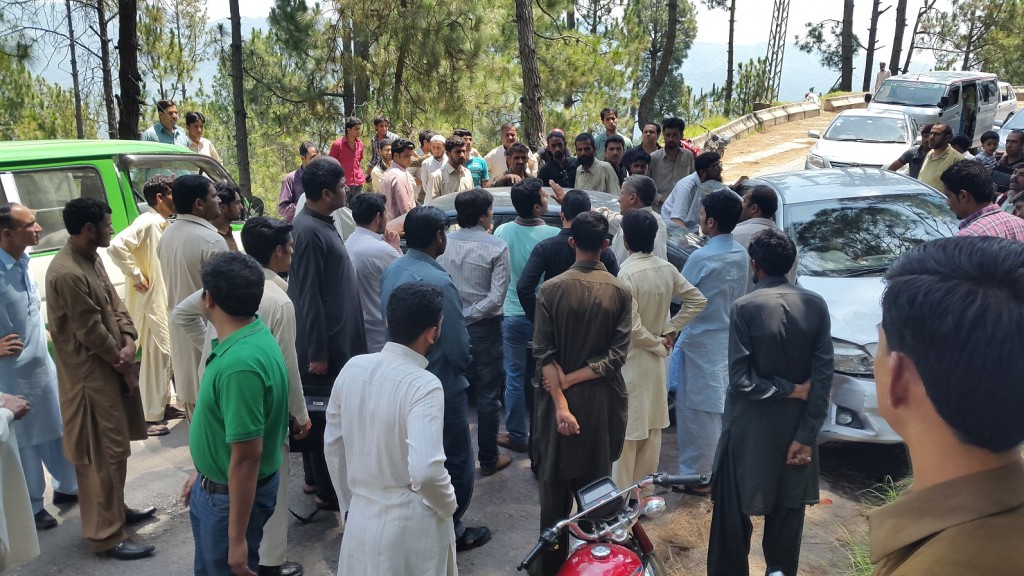 Prev Next
20 Comments
Leave A Reply