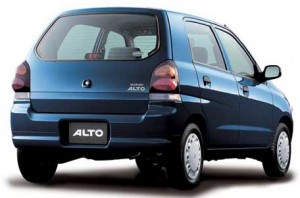 Lifetime token tax which motor vehicle owners have to pay for no obvious reason has been increased by almost 70% on 1,000cc vehicles. The government had revised how token tax had been calculated and thanks to that the revision, now 1,000cc car owners have to pay 70% more.

Previously, lifetime token tax was only 10,950 in total which included; annual income tax of rs 750 and annual professional tax of rs 200 to make the amount sum upto 10,950 rupees.

Now, it has been raised to 17,700 rupees for 1,000cc car owners because a whopping raise of 7,500 rupees of annual income tax which previously was only rs 750 has been inducted.

And if for instance a police official stops you and inquires about the token tax while you were heading to pay it, you need not to worry as government has deployed token tax vans where you can go and pay your token tax and do your part as a good citizen and expect nothing in return.

First sketch: Datsun is coming back!