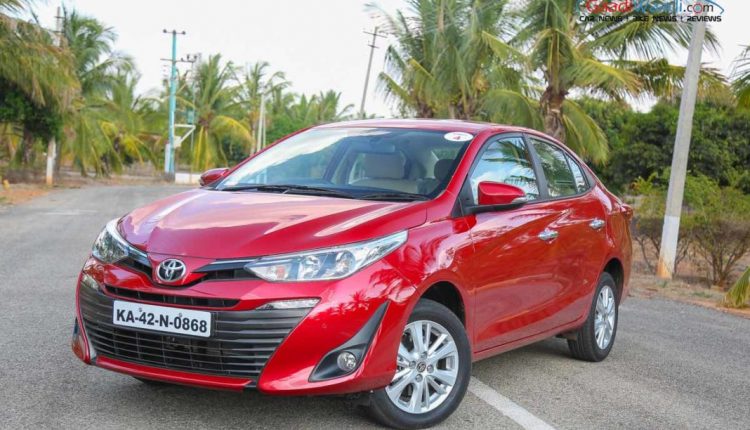 In a somewhat expected step, Toyota India has discontinued its flagship sedan, Toyota Yaris. As per media reports, the company took the measure due to constant low sales in the country.

In its official statement, the company said, “Toyota Kirloskar Motor announces the discontinuation of Yaris in India with effect from September 27th, 2021.” The move is part of the company’s product strategy to continue to cater to customers’ ever-evolving needs through enhanced product offerings and technologies.

“Since its launch in India, Yaris, built on Toyota’s QDR Philosophy, has won the customers’ hearts with its stunning style and design, leading features, low maintenance cost and unmatchable drivability,” Toyota India added.

The company ensures Yaris consumers that it will continue to cater to them through its dealers across the country. “The company will ensure availability of Toyota genuine spare parts for the minimum next 10 years on this discontinued model,” the company assured.

Toyota India introduced Yaris in India in 2018 in the mid-sized sedan premium car segment. The car was competing against Honda City, Maruti Suzuki Ciaz and Hyundai Verna in the Indian market. The price of the vehicle ranged from Rs9.16 lacs to Rs14.60 lacs (Indian Rupee).

Toyota Pakistan launched the sedan in Pakistan in March 2020. Although its sales were seriously hit due to COVID-19,  the car bounced back strongly. Since its launch, Yaris has become the top-selling sedan in Pakistan beating its archrival Honda City.

Some of the major reasons behind these record-high sales were Toyota’s name, reliability, parts availability, strong resale and most importantly, more specs and features than previous Honda City.

In short, the situation for Yaris is totally different in Pakistan and India. In one country it is top seller, while in the other it failed against its competitors.

What are your views about the car? Share your thoughts with us in the comments section.

“KIA Stonic is The Most Anticipated Crossover,” Owner’s Review