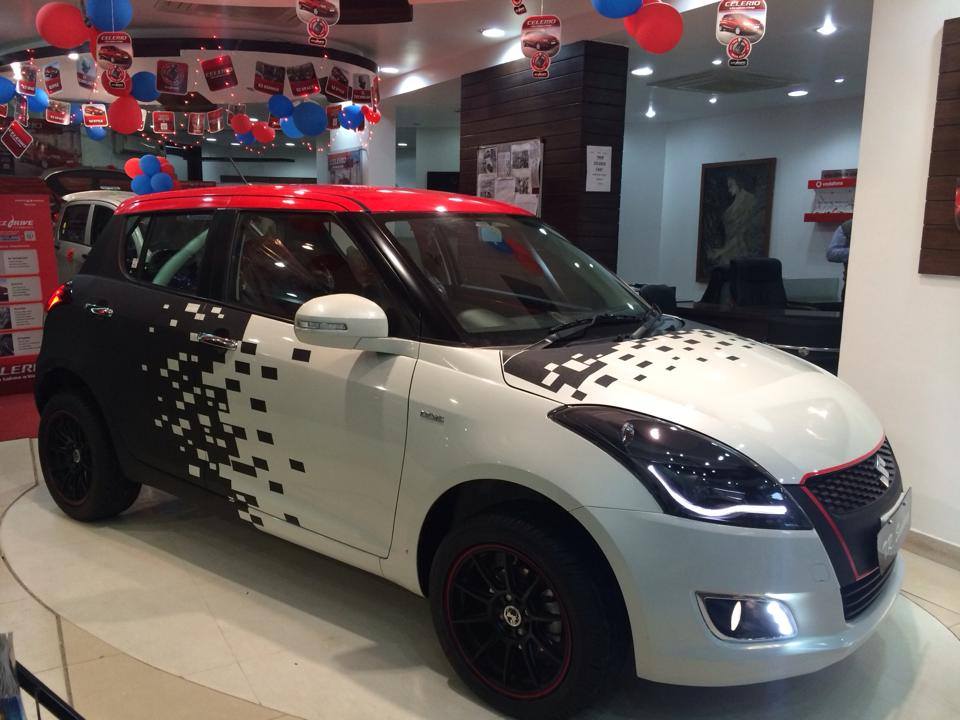 Maruti Suzuki is on to doing some great stuff with their cars, producing customized kits of all their vehicles and guess which one was the first to be revealed with a kit. Of course, the Swift. The hot little hatch recognized as one of the best all over.

Called the ‘Volt Edition’, the Swift has gone to sale at a dealership in Delhi. With funky colors and nice graphic makeover, we personally think that there’s a lot can be done and can give Swift a great boost.

Upgrades apart from new paint, graphics and wheels include new headlights fitted with projectors and LED daytime running lights, and LED fog lights whereas the car according to Indians Auto Blog is the VDi version and costs 5.99 lac Indian Rupees but for your Swift to like the one in the pictures, you’ll have to surrender an additional 2.15 lac Indian Rupees for the kit.

So consider this funky Swift as a present o’ people of India. 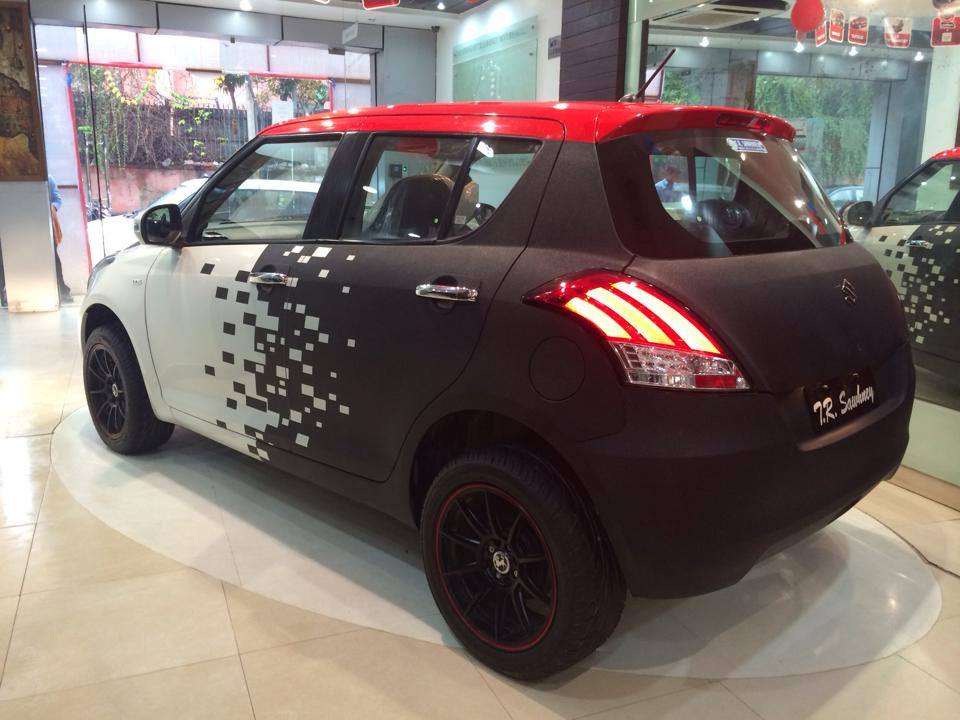 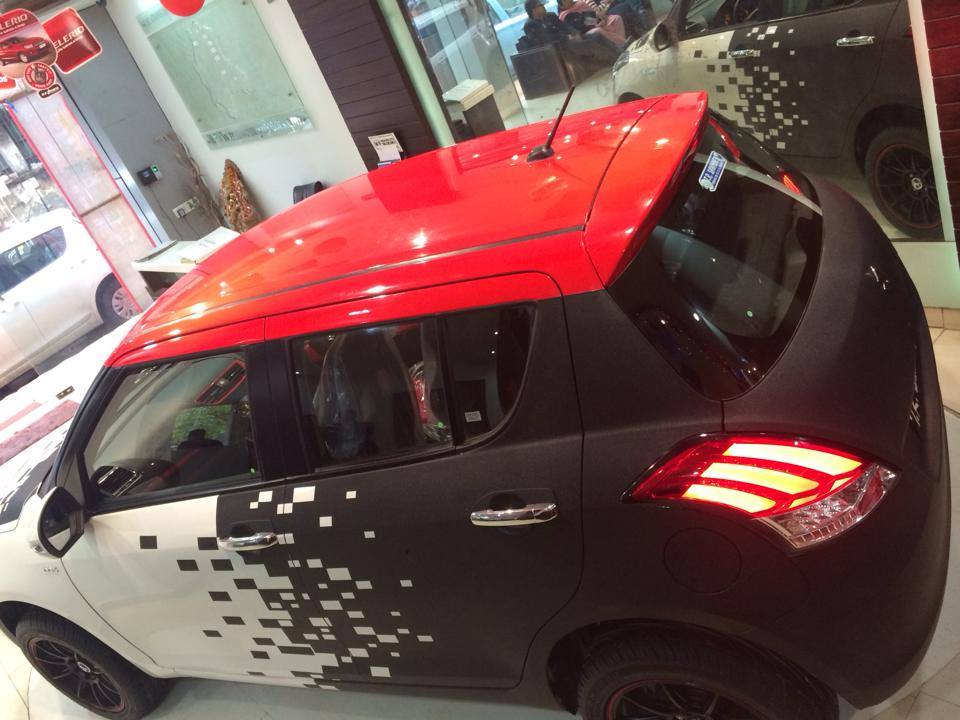 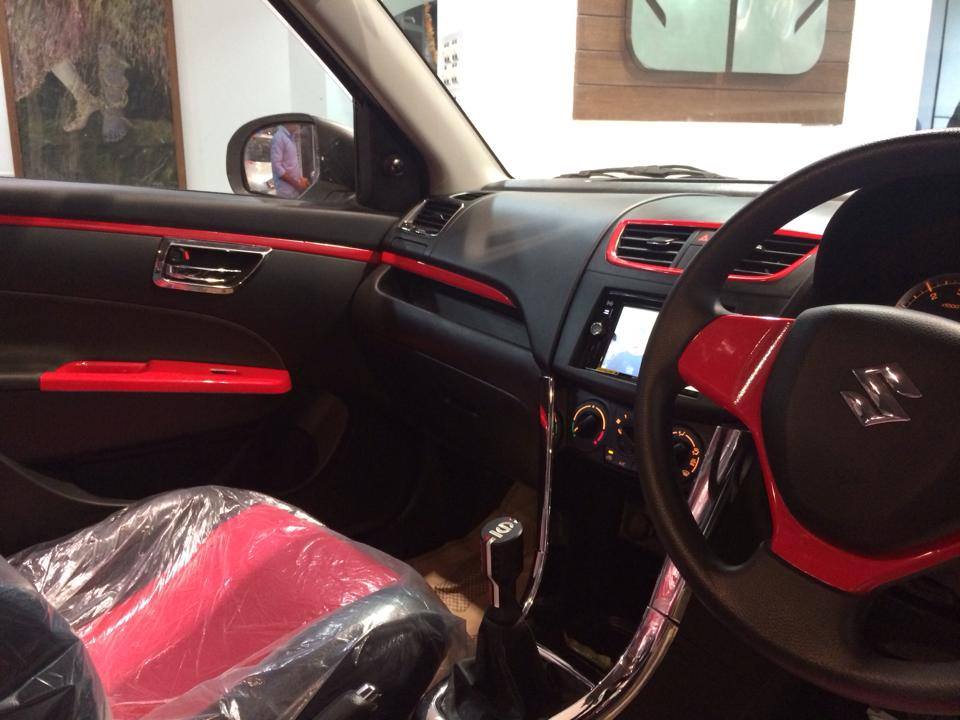 How to post your car ad for sale at Pakwheels.com