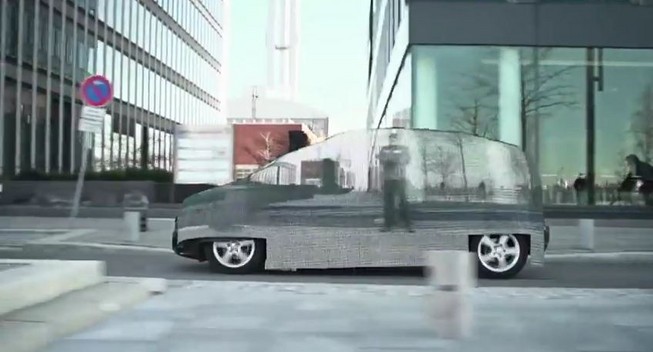 In an unusual attempt to make their new F-Cell car, Mercedes Benz has decided to make their car invisible. Strangely though, most of the auto media is quoting scientists and geeks at Mercedes Benz to have come up with the idea whereas in reality, it was done by James May and Richard Hammond in their recent DVD release ‘Top Gear At The Movies‘, where they attached LED screen to the right side of the Range Rover and cameras at the other.

The cameras than projected the scenes from behind the Range Rover on the LED screen creating an effect making it look like its invisible.

But why did Mercedes Benz chose to get noticed by the world through making it invisible?

Simple, this publicity stunt caused quite a stir on the streets of Germany over the course of a week – giving this footage. Moreover, they made the car invisible to get noticed due to the zero-emissions of the car.

While this type of technology is just to delicate and one can’t be stupid enough to expect anything remotely close to this in the coming future but maybe, to erase blind spots, this can be quite useful.